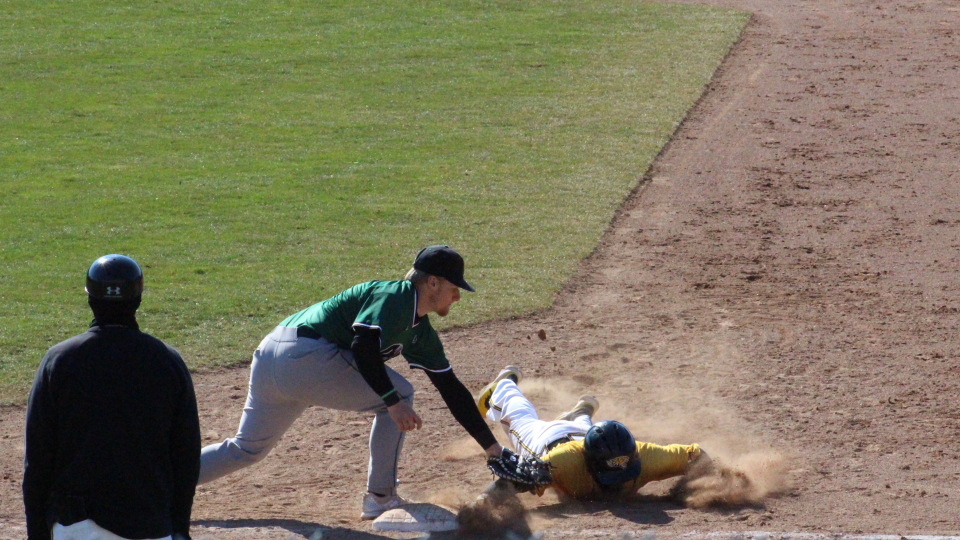 Offensive firepower from Northeastern propelled the team to a three-game sweep of Towson this weekend at Friedman Diamond Field in Brookline, Massachusetts.

It was a tight battle in the series finale Sunday, but Northeastern topped Towson 2-1.

The Huskies got on the board in the bottom of the fourth inning when a leadoff walk came around to score on a passed ball.

The Tigers tied the game in the top of the fifth inning when senior catcher Tristan Howerton scored on a bases-loaded walk.

The Huskies regained the lead in the bottom of the fifth inning on an RBI single and held on to win the ballgame.

Senior pitcher Alex Cuas suffered his fourth loss of the year after allowing two runs on three hits in five innings of work.

“It got completely away from us,” Head Coach Matt Tyner said. “They were the better team, and it showed.”

In Saturday’s game, the Tigers could not overcome another offensive explosion from the Huskies.

In the top of the first inning, Towson got on the board as senior infielder Billy Lennox tripled and later scored on a single from senior outfielder Colin Gimblet.

The lead didn’t last long, however, as Northeastern answered in the bottom half of the inning by scoring nine runs.

The Tigers responded by plating three runs in the top of the second when junior infielder Richie Palacios drew a bases-loaded walk, and Lennox delivered a two-run double to cut into the Huskies lead.

Northeastern continued to overcome Towson as the team’s lineup showed its offensive dominance. Northeastern scored 14 runs over the next five innings.

The Tigers got on the board again in the top of the ninth inning when junior outfielder Craig Alleyne and Lennox drew bases-loaded walks.

However, it was too little, too late, as the Huskies went on to secure a 23-6 victory over the Tigers.

Senior pitcher Michael Adams (3-5) took the loss. He allowed nine runs on six hits in one-third of an inning.

“Everybody is giving their best shot in the lineup,” Tyner said. “It’s just not happening for some.”

In Friday’s series opener, the Huskies offense exploded in a 22-2 route of the Tigers.

The Huskies jumped on the board in the bottom of the first inning with a solo home run, but the Tigers tied the game in the top of the fourth inning when Gimblet singled to score Palacios.

The Huskies took the lead back in the bottom of the fifth inning after a throwing error allowed three runs.

Northeastern put the game out of reach for good by plating 18 runs in the last three innings of the game.

Senior David Marriggi suffered his fifth loss of the season. He allowed seven runs on six hits over five innings of work.

Wednesday, Towson was blanked by University of Maryland, Baltimore County, 13-0 at Alumni Field in Baltimore.

The Retrievers pushed across 12 runs in the third inning, collecting seven hits and six walks. The game was ultimately called in the bottom of the eighth inning because of rain.

Towson will host George Washington and George Mason in two midweek games on Tuesday and Wednesday, respectively. The team will then host CAA opponent College of Charleston May 4-6. First pitch of game one is set for 3 p.m. Friday.

“With great pitching performances from Dave, Mike and Alex, it puts us in a position to win the series,” Tyner said. “We are in no way out of it.” 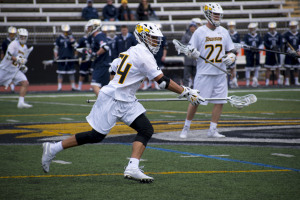