In recent weeks, an ongoing nationwide controversy has made its way to Towson University. Specifically, Towson Freedom School, a group dedicated to giving black students a space to bring awareness to important topics, requested a resolution be drafted by the SGA which would defund the Towson University Police Department (TUPD) by 25% for four years until it is fully defunded.

When I first heard of this, I reached out to Towson Freedom School via Twitter. I expressed that I would love to discuss this topic with them, and that we could make a collaborative club event out of it since I am the President of the Towson College Republicans. I also mentioned that I wished to learn from them. I was given the following response:

“Sam, I’m one of the Co-Directors of @TUFreedomSchool,” tweeted the co-director. “And we don’t debate the necessity of trauma informed care, with white cis-het republican men devoted to misunderstanding our mission.”

It is fair that they declined to discuss with me, as that is not the primary function of their organization. However, to assume that I am devoted to misunderstanding their mission because I am a straight, white male is prejudice in my opinion. It is also strange to me that the organization that requested this resolution would use deflection tactics against me instead of making their case.

While our SGA does not hold official positions on resolutions until they are passed, watching them discuss this resolution during their general assembly meeting was extremely frustrating.  Senator Jacob Goodman even went as far to say that this idea is experimental, and that a future SGA administration could overturn it. I find that highly unlikely. Once they are gone, they are probably not coming back. The truth is, a 25% cut in one year is not gradual, and it could have detrimental effects during the first year.

Towson University does not need less police. In my four years here, assaults have become increasingly more frequent. We have received emails about race-hate incidents, anti-semitic attacks or, homophobic graffiti attacking a friend of mine who happens to be a part of the LBGT community. Police have the ability to stop all of these incidents, and to me, their presence is essential.

Not to mention, the vast majority of TUPD’s policing has to do with minor drug and alcohol charges. Do we really want Baltimore County Police coming onto campus and arresting people when they catch a whiff of marijuana? Or patrolling around campus on weekend nights to catch underage students stumbling back to their dorm rooms? Of course not. I can’t speak for everyone, but I’d prefer TUPD to handle those matters on Towson’s campus.

Fully defunding police departments should not be the national conversation, and certainly not at TU. Instead, we should be discussing ways to stop and prevent police brutality, or inappropriate policing. One idea I have seen is to take police brutality settlement money from police retirement funds, or their pension plans. This way, instead of the burden falling on taxpayer dollars, police departments take the financial fall when they mess up.

Additionally, police officers could be promised bonuses and full confidentiality if they report their fellow officers that say or do questionable things. There are other compromises and possible reforms out there besides fully defunding the police department specifically assigned with keeping our university safe. 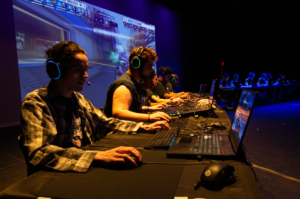