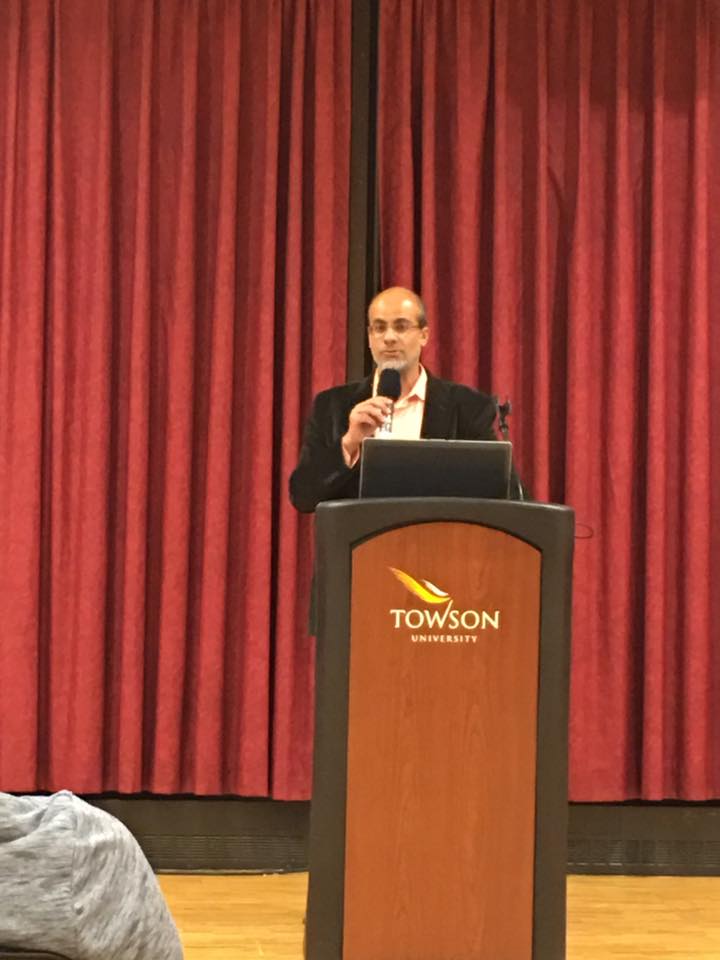 The Muslim Student Association encouraged combating Islamophobia on Wednesday, May 6, in the Chesapeake ballrooms. Guest speaker Ayman Nassar, founder and chair of the Islamic Leadership Institute of America, said that the word “Islamophobia” was first used in the 20th century, but that its themes date back farther.

To promote a fear of Islam, some aggressors argue that the religion “is some barbaric culture that came out of the Middle East,” or extremist, according to Nassar.

To address Islamophobia, people need to come together and work through partnerships, said Nasser. He added that eliminating misperceptions of Western cultures that are portrayed within some Muslim circles, similar to how Western media can sometimes misperceive others.

Nassar said that there are six steps in combating Islamophobia. These steps include non-Muslims gaining knowledge and education of Islam, for followers of the religion to represent Islam by doing good things and for Muslims to build motivation, credibility, aspiration and confidence.

Nassar encouraged audience members who encounter Islamophobia to react with empathy and understanding. He said that sometimes people will say something because they don’t know about it, or they have had a past experience with someone who was Muslim. By being smart, vigilant, kind, upholding the values one believes in and explaining Islam to the person, he added.

ILIA Director Uganda Knapps added that one should never miss an opportunity to engage peacefully and explain what Islam is or is not in a way that others can understand. Knapps said that it can be good to watch YouTube debates between Christian and Muslim apologetics, but viewers should learn from them and not be resentful or upset.

Nassar told the audience to not let negativity deter them from their work schedules or it can be paralyzing. Sometimes things will go away on their own, he said. Choose your battles, he added, the goal is not to change someone’s thought process, but to present the facts.

The MSA created a YouTube video of their own for the #NotInMyName campaign and shared it with the audience. The video states that “The acts of terrorist organizations do not represent the average Muslim citizen of the United States.”

The MSA will be working with Hillel in the future on some community service projects under the combined name of JAM (Jews and Muslims).

MSA president-elect Osama Hassan said that they wanted to engage and break down barriers by working together to do good things for the community. Every first Friday of the month, they plan on hosting various activities.

So far, they hope to spend time cleaning up trash in the community and using another day to feed the homeless. One does not need to be a member of either organization or religion to participate.

“The beautiful thing about [Islam] is that everyone comes together,” said Knapps.

The ILIA offers internships for research, teaching and coaching. More information can be found at www.islamicleadership.org.