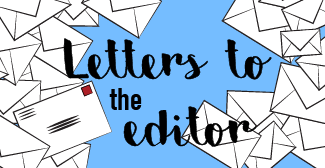 A fellow Towson University student penned an article titled “I’m A Liberal, And I Want Milo Yiannopoulos On My Campus.” While I believe that his intentions were pure and his argument somewhat reasonable, his article falls short of explaining why bringing Yiannopoulos to Towson University would be beneficial.

Before I go any further, I deem it necessary to be forthcoming with my biases and shortcomings. I am an American-Muslim of Pakistani descent who was an avid Sanders supporter and reluctant Clinton supporter. I also do not possess extensive knowledge regarding the First Amendment. This article simply focuses on the lack of efficacy in bringing Yiannopoulos (and other alt-right figures) to college campuses in the name of ‘debate’ and ‘argument.’

The most glaring flaw in my peer’s piece is that he assumes that by bringing Yiannopoulos to our campus, he will be ‘challenged.’ Such a premise is incredibly distorted. Critics of my view argue that liberals should try to reason with members of the alt-right. Unfortunately, these people cannot be reasoned with and therefore engaging them is a waste of time and resources.

There are two types of bigots in this world: those who are bigoted by circumstance and those who are bigoted by choice. The first type of bigot is the individual who lives in a predominantly white area and has very little interaction with people of different faiths, colors, etc. (a person in rural Nebraska, for example). Due to lack of exposure, they are susceptible to the ideas of racism, Islamophobia, and so forth. However, studies have shown that when these people meet individuals of varying identities their views become more liberal. Such a phenomenon was most widely seen with the gay rights movement in the 1960s and with trans rights in 2016.

The second type of bigot is the individual, who even after much exposure, chooses to remain a bigot. Yiannopoulos is this type of bigot. Even after various speaking engagements, interviews, and contact with all sorts of diverse individuals, he continues to espouse his close-minded views. The idea that bringing him to Towson University will make him more friendly to marginalized groups is naive.

My peer proudly writes “I want avid Trump supporter and right-wing provocateur Milo Yiannopoulos to know that people like me exist.”

Newsflash: He knows you exist.

He could not care less. He’s seen and heard every argument from liberals who are much smarter than a college undergraduate. Bringing him to our campus will only line his pockets, give him a platform, and possibly get some poor student bullied.

Furthermore, what undercuts my peer’s entire argument is how out of touch it is. It is a microcosm of what the larger liberal movement must come to terms with. Citing involvement with the democratic party as “credentials” provides zero legitimacy. We need to stop kowtowing to the party establishment.
Understand this well: Working for the democratic party does not mean a thing when discussing rights for marginalized groups. Yes, the democratic party is indeed much better than the alternative. However, (A) better than terrible is not good, and (B) the party has its fair share of stains in regards to its racial justice policies. For example, it was Bill Clinton’s crime bill which further militarized police and facilitated the mass incarceration of African Americans. More recently, it was under the Obama administration that 2.5 million undocumented individuals were deported. Unfortunately, many of these people met a gruesome fate. Many of which could have been avoided had it not been for a democratic administration.
It does not matter what you have done for the party. What matters is what you are doing for people. For too long, liberals have used the party as its master instead of its vehicle, afraid to hold its feet to the fire. It is time liberals hold their elected officials accountable and ensure that the social justice rhetoric matches the policy. Until we begin to do so, we will continue to have a repeat of 2016, which saw liberals get demolished because of what many viewed as an “out of touch party.”

Allow me to be clear, I am not saying to reject all conservatives. There is a difference however, between a Mitt Romney, for example, and a Milo Yiannopoulos or a Steve Bannon. The debate is no longer one of a flat tax versus a progressive tax. Debating whether or not marginalized groups deserve rights is something more fundamental which cannot be resolved via debate. It will be solved by elections and direct action.
This is not a retreat, nor is it a “tantrum.” It is a call to action for us liberals to do some serious soul searching. Liberals must look inside themselves and one another to get back in touch with our values. Instead of spending money to bring a bigot to campus, why not spend money on another conservative (not alt-right) speaker? What about a speaker to educate all those interested on the socio-economic impacts of globalization? There are numerous alternatives for Towson students to learn and be challenged.

Shaming other liberals, calling one another “crybabies” and accusing one another of “throwing tantrums” does nothing for the cause. Please, to all those reading, do not misconstrue party loyalty with credentials indicating support for the progressive cause. It helps, yes. However, we must make sure our elected officials ‘walk the walk’ and not simply ‘talk the talk.’ Until we realize this, and empathize with marginalized groups, the extreme right will gain strength and it will take that much more time for liberals to rebuild.

Now is the time we peacefully protest, chant, and organize harder than ever. Let us all stop focusing on bigots, who only gain strength with each engagement, and start focusing one another to strategize how we can take back our democracy from those who wish to hinder it.