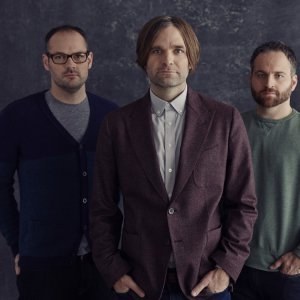 Death Cab For Cutie has been one of the most prolific artists on the indie scene since the turn of the millennium.

The band seemed to hit its peak in the mid-2000s with albums like “Transatlanticism,” “Narrow Stairs,” and “Plans,” the last of which boasted the band’s closest attempt to a hit with “I Will Follow You Into the Dark.”

However, the band’s newest album “Thank You For Today,” which was released Aug. 17,  continues a trend from the band’s past few albums, which is to take their traditional indie rock sound and lean further into art rock. Also, this album is the group’s first without their producer, guitarist and longtime contributor Chris Walla. Therefore, while down one integral member, how does Death Cab’s new music fare?

Well, the album has a very comfortable feeling that has come to be expected with Death Cab’s aesthetic. This comes from the production of Rich Costey, who is known for producing high profile bands, such as Muse, while also producing for other indie rock acts like Frank Turner and Interpol.

The lyrics on these tunes are very concise from Ben Gibbard. The album seems to deal with themes of letting go of someone you really care about on songs like “Your Hurricane” and “You Moved Away.”

As a result, there are other songs on the record that deal with the signs of aging and seeing one’s environment change over time such as “Gold Rush” and “60 & Punk.”

However, the album is not without a few detractors overall. The drums do seem to be lacking in places. While this drumming style suits the songs a little better, it leaves the listener with a lot to be desired. Also, this album does have a comfortable feeling, but they may be too comfortable to some. I have a feeling that if you aren’t sold by the first singles that dropped from this album, you may be disappointed with the album overall. But frankly, I had a rather enjoyable listen with this album after a few good spins. While this album isn’t the best of the year, it is a good album to ease you into the semester. 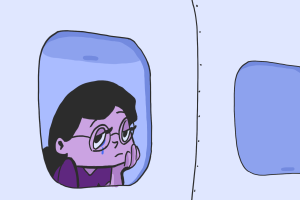