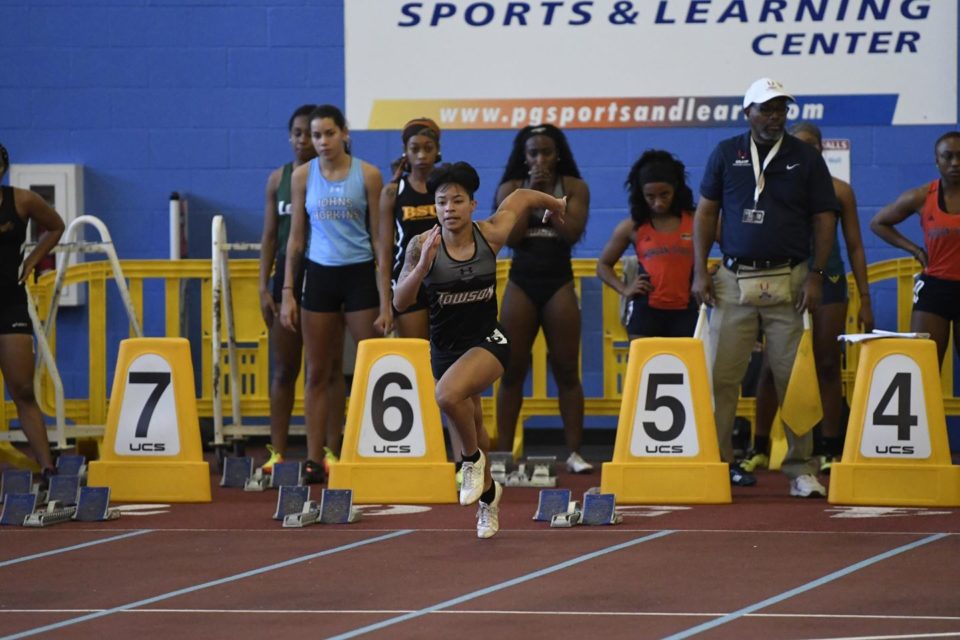 Freshman Crystal Johnson broke her own record in the 60-meter dash, timing 7.50 seconds.

“Crystal Johnson just continues to get better,” said Head Coach Mike Jackson. “She told me that she surprised herself actually this weekend so very proud of her.”

“Her ability is outstanding,” Jackson said. “She just hasn’t had a lot of meets this year so this is only her second meet and she has a few personal bests so she’s doing what we know she can do.”

The 4×800 team of freshmen Kylie Anicic and Olivia Janke, sophomore Paige Keefer and senior Shelby Bobbie qualified for the Eastern College Athletic Conference (ECAC) after breaking a school record with a time of 9:14.26.

“They’re just very deserving of this opportunity,” Jackson said. “They’re going to be able to go up to ECAC championships for the first time with that relay since I’ve been here. [I’m] very proud of their efforts, and they have some great ability and they really are deserving of it.”

Freshman Shamika Burton had a personal best in the in the 60-meter, timing 7.63.

Senior Phontavia Sawyer won the shot put with a toss of 15.15 meters while Obijiaku came in second with a throw of 14.46 meters.

Senior Naja McAdam took first in the high jump with a 1.65 meter leap.

Several freshmen showed their flare in the competition as well.

Freshman Alexandria Kitchell placed first in the in the 500-meter dash with a time of 1:18.41.

Freshman Georgia Coleman qualified for ECACs after a toss of 16.66 meter in the weight throw.

“We felt like we were the best group,” Jackson said. “There were a lot of people, but it’s our goal to go and compete at a high level. The performances overall were solid for the group and it’s going to serve as momentum going into the outdoor season.”

Towson had solid performances in various events to end the indoor track and field regular season.

“I think a lot times ability just kind of kicks in,” Jackson said. “We had a brief conversation before we got off the bus and talked about the fact that we were the best team at that facility…the goal is the win and I think we were able to accomplish that, which was great.”

There will be 16 athletes who will prepare to compete in the ECAC Division I Indoor Track and Field Championships in Boston, Massachusetts.

“I’m looking forward putting in the efforts to do that so we’re going to cover a lot of different event groups, which I’m excited about so looking forward to how that goes,” Jackson said. 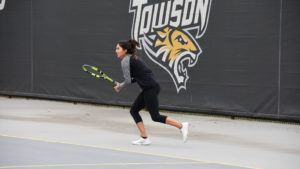