For the 12th year in a row, Towson University is hosting the “Bridges to the World International Film Festival,” which began on Feb. 7th and will continue through Mar. 6th.

“We’ve been intimately involved in the bridges series since it began,” said Greg Faller, interim dean for the Center for the Arts. “There is some further back history, probably around 2001 or 2002, there was an earlier iteration of an international film festival that Towson was involved with that brought six films from six different countries all in one week, and that was a model that we had with the governor’s office.”

According to Faller, that model didn’t end up being very viable, so the group took a hiatus after a couple of years of hosting this early edition festival.

“12 years ago I re-engaged with other members across the state [and partnered with  World Artists Experiences and Maryland’s Office of the Secretary of State International Division],” said Faller. “We started 12 years ago and formed a committee. The committee decides which five countries we want to explore that year, and we try to pick five [countries] from five regions of the globe. Then the World Artists Experience deals directly with the embassy, and the embassy in Washington D.C. provides the films and the screening rights, and then the films are shown in five or six venues depending on the year across the state of Maryland.”

In 2020, the festival is highlighting films from Chile, Indonesia, Finland, China, and Egypt. Aside from Towson, the films are also screened in five other Maryland locations: Annapolis, Bowie, California, Cumberland, and Salisbury.

Zachary Gambrill, an EMF student at Towson, believes that international films are important to experience.

“International films are important because you’re never going to get that kind of perspective without broadening your horizons and taking in art from people that seem to be so different from you,” said Gambrill. “The reason “Parasite” was such a surprising success is because people didn’t expect to relate to it so much because it was a film you initially had to read with subtitles, and why would someone read a movie when they could just watch more English movies? It’s because the movie’s just good.”

Faller believes that it’s important for students to experience films outside of the Hollywood filmmaking industry.

“Stupid Young Heart (2018)” is a Finnish drama romance film directed by Selma Vihunen, which was screened on campus last Friday. The film is set in East Helsinki, a working class neighborhood with the highest unemployment and poverty rates. It is about two teenagers, Lenni and Kira, who discover that they are expecting a baby. Neither has a stable home, loving parents, or an adult role model. Lenni finds himself caught between Abdi (Abshir Sheik Nur), a muslim taxi driver who is struggling to provide for his family and Janne (Ville Haapasalo) a leader of a neo-Nazi group.

“I think it’s really nice to have these types of events because it lets us see other cultures and experience new things,” said Mordi.

These film screenings not only bring a new film experience to campus, but often times the screening is opened by a special guest.

“Last Friday evening when we had the Indonesian film, we had two guests from the embassy of Indonesia come up,” said Faller. “They introduced the film, they led a post-screening discussion, and they brought samples of Indonesian coffee to share with our audience members.”

The 12th Annual Bridges to the World Film Festival is held in the Van Bokkelen Hall Auditorium (VB 204) at Towson University.

“[I] encourage students, faculty and staff to join us,” said Faller. “They’re free screenings [for everyone] so it doesn’t cost anything to come on over to Van Bokklen.” 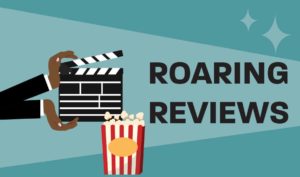