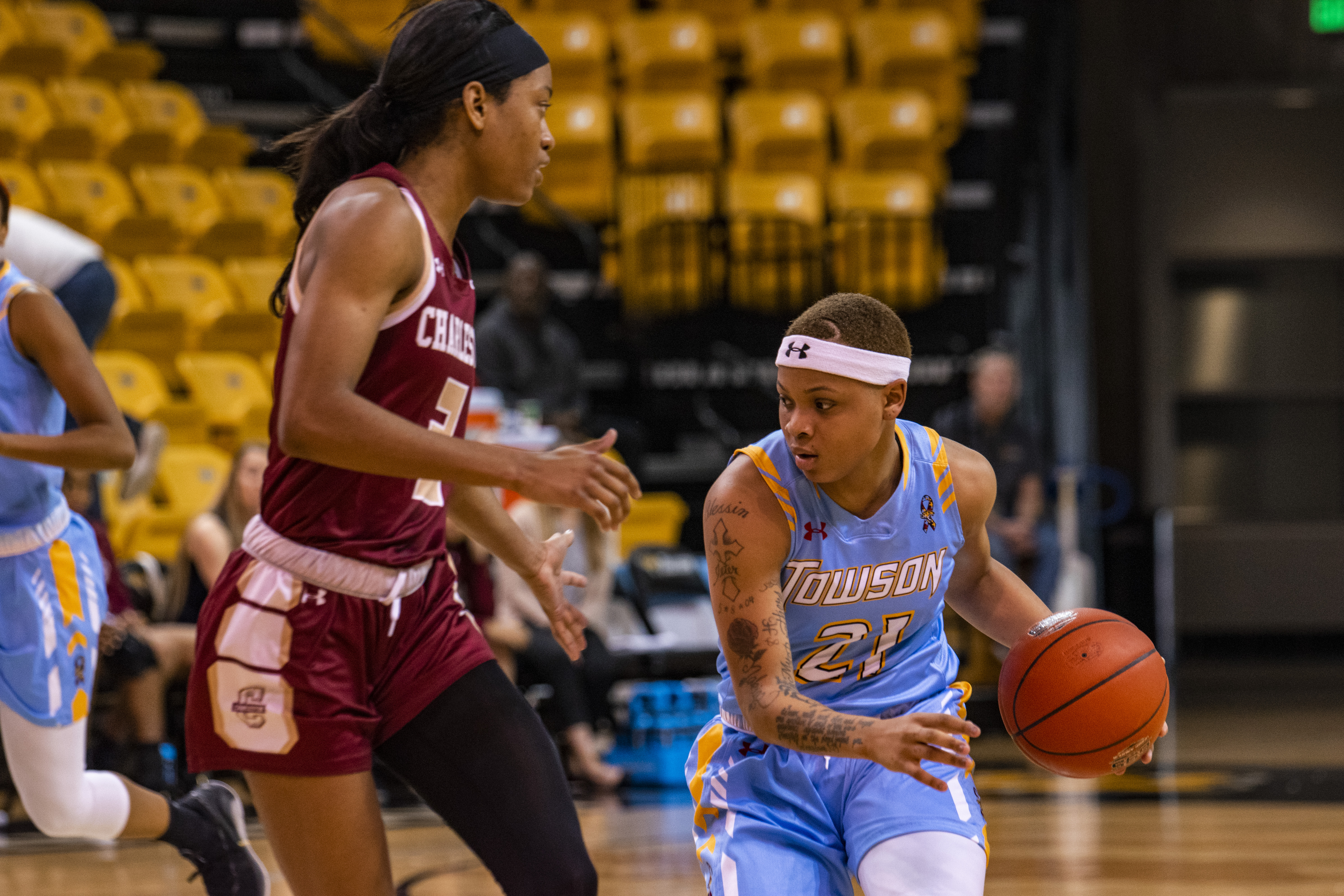 Towson is back on track following a dismal road trip where they lost three straight CAA contests, including a 42-point loss to James Madison University. The dismal stretch was the impetus to a pair of victories over UNCW and the College of Charleston.

“We have a whole new mentality now,” redshirt senior guard Qierra Murray said. “After that JMU loss everything is nothing personal, just strictly business. Like we’re just coming out and playing our best basketball.”

“It was a good game,” head coach Dianne Richardson said. “We came out with a win. College of Charleston never stopped fighting and challenged us in the fourth quarter and we stood up and didn’t let the game slip away from us.”

Jeter scored 11 of her points in the first quarter, as Towson led 23-14. The Tigers held a 46-35 lead at halftime but pulled ahead in the third quarter, Towson led 71-52 after outscoring the Cougars 25-17 in the quarter. Late in the fourth quarter, Charleston cut the Tigers lead to single digits with two free throws, but that would be the closest they would get.

In the first game of the weekend against UNCW, Jeter posted 20 points and 12 rebounds for a double-double.

Murray followed up with 16 points, Mayo had 10 points and five rebounds, and sophomore guard Shavonne Smith contributed 10 points to round out the four double-digit scorers.

Towson took control of the contest with a 20-2 run in the second quarter, they took a 38-20 lead it wouldn’t look back on. Freshman guard Maggie Sharp gave the Tigers their largest lead, 34 points when she nailed a second-chance jumper late in the fourth quarter.

“I said before the game that whoever was next, whoever it was, it just happened to be Wilmington they was going to get all the smoke,” Murray said. “Because we took the JMU loss, we took that a little personal so from here on out, I think this is how we need to play to get back on that road to a championship.”

Scoring 1,000 points is an accomplishment that means more to Jeter than it may to other athletes.

“It’s not something most people do,” Richardson said. “To score 1,000 points in two years, in just two years. Coupled with the fact that of all the stuff she’s gone through with being shot and things like that. Just her tenacity to fight back and overcome and do things that other people aren’t even doing even though she’ had a lot of adversity in her life.”

That she has reached the point is nearly unfathomable to some. She originally signed with Coastal Carolina University in 2016 but left before the season started and transferred to play for junior college Gulf Coast State University. It was revealed in a story by WMAR-2 News last summer that Jeter was shot twice in the back on Feb. 3, 2018, breaking her right-shoulder blade and forcing her to miss the rest of her freshman season at GCSU.

Jeter beat the original prognosis of a 12-week recovery and instead came back in two months. Since then, Jeter led the Tigers to their first NCAA tournament appearance in program history after her iconic game-winning pull-up jumper over Drexel University. Jeter hopes to play in the WNBA next season, but before is looking to finish her career with another CAA championship and graduating from Towson with a communication degree.

“It’s an honor,” Jeter said reflecting on her accomplishment. “Thanks for my teammates and coaches for believing in me, for getting me the ball, for letting me score freely. It’s a blessing.”

The Tigers will take their final road trip of the regular season starting on Friday, Feb. 21 against Hofstra at 7 p.m. 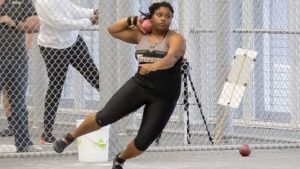