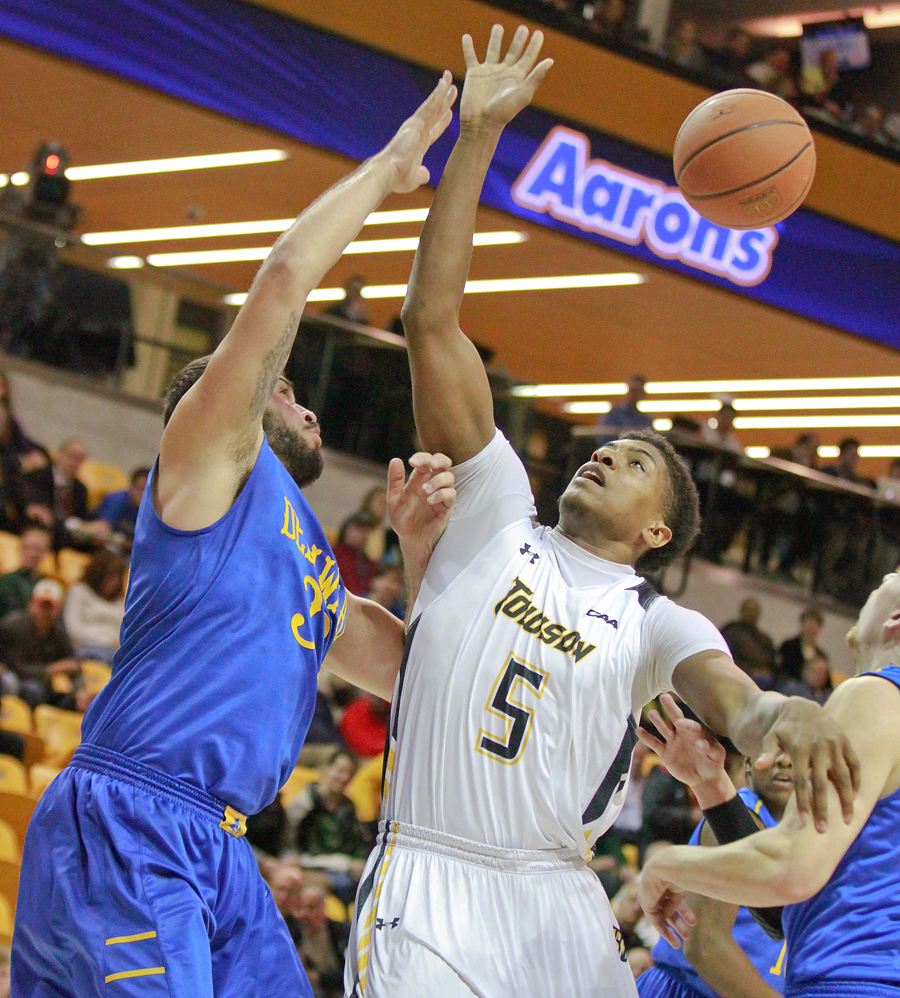 While the 84-76 final score between Towson and Coppin State Wednesday night would reflect a pretty even game, the Tigers dominated the entire second half of action, leading by over 20 points at multiple points in the game.

It wasn’t until a last-minute run for Coppin State that featured 11 points in the last 2:08 of the game that the second half was even a competition.

The Tigers (7-1) took a 38-33 lead into the half after the Eagles (1-5) made a last-minute three-pointer toward the end of the half. However, Coppin scored just six points in the first seven minutes of action in the second half, and Towson got out to a 57-39 lead with 13:02 left in the game and never looked back.

Sophomore guard John Davis led all scorers with 23 points in 30 minutes of action, 18 of them in the first half, making eight of his 11 shots and going 7-for-9 from the free-throw line. Heading into the game, Towson was fourth in the nation in free-throw attempts.

Eagles’ Head Coach Michael Grant said the Tigers’ ability to get to the line was the biggest reason why Coppin State fell behind in the second half.

“They forced us to foul a lot. That’s tough. Any time you give a team that many attempts at the line, it’s tough to win,” Grant said.

As a team, Towson was 34-for-47 from the charity stripe, and freshman forward Mike Morsell was a perfect 6-for-6.

Once again, Head Coach Pat Skerry spread the minutes around in this blowout win. Eight players played at least 19 minutes, and only two played 30 minutes or more, Davis and junior guard Four McGlynn.

“We’ve got a lot of guys who can be really good,” Skerry said. “The good thing is, we’re very deep. And when we start getting deep into [Colonial Athletic Association] grind, we’ll be there because we’re so deep.”

Davis came off of the bench, and Skerry said he plans to continue to keep Davis there at the start of games to avoid any potential foul trouble.

“We need him to finish games, and we need him on the floor to win,” Skerry said. “He never gives us any surprises, we know what we’re getting.”

Heading into Wednesday’s game, the Eagles were last in Division-I in scoring defense, allowing 91 points per game and had the fourth worst opponent field goal percentage, allowing opposing teams to shoot 53.1 percent on the year.

On offense, though, Coppin was able to capitalize for most of the game on its ability to shoot from beyond the arc. Heading into the matchup, it was 16th in D-I in three-pointers made per game, and against the Tigers, shot 12-for-29 from three.

The Eagles also made more field goals in the game than the Tigers, but the free-throw shooting ended up putting the game away in the second half.

Towson will now look toward its weekend matchup against the high-profile Georgetown Hoyas, who have already defeated Florida this season and lost to No. 4 Wisconsin last week by just three points.

“We need everyone on Sunday,” Skerry said. “We’re very excited to play against such a big name, but we’ll be ready.”

Sophomore center Walter Foster was away from the team for a few days because he “failed to live up to some standards,” men’s basketball Head Coach Pat Skerry told reporters after Wednesday’s win over Coppin State.

When asked where Foster was during the game, Skerry told reporters he was in class.

The big man is scheduled to appear in court again in March.

Foster was back at practice Thursday, according to John Brush, the associate director of communications and media relations for the Department of Athletics.

On the season, Foster is averaging 4.8 points and 4.2 rebounds per game in six appearances.