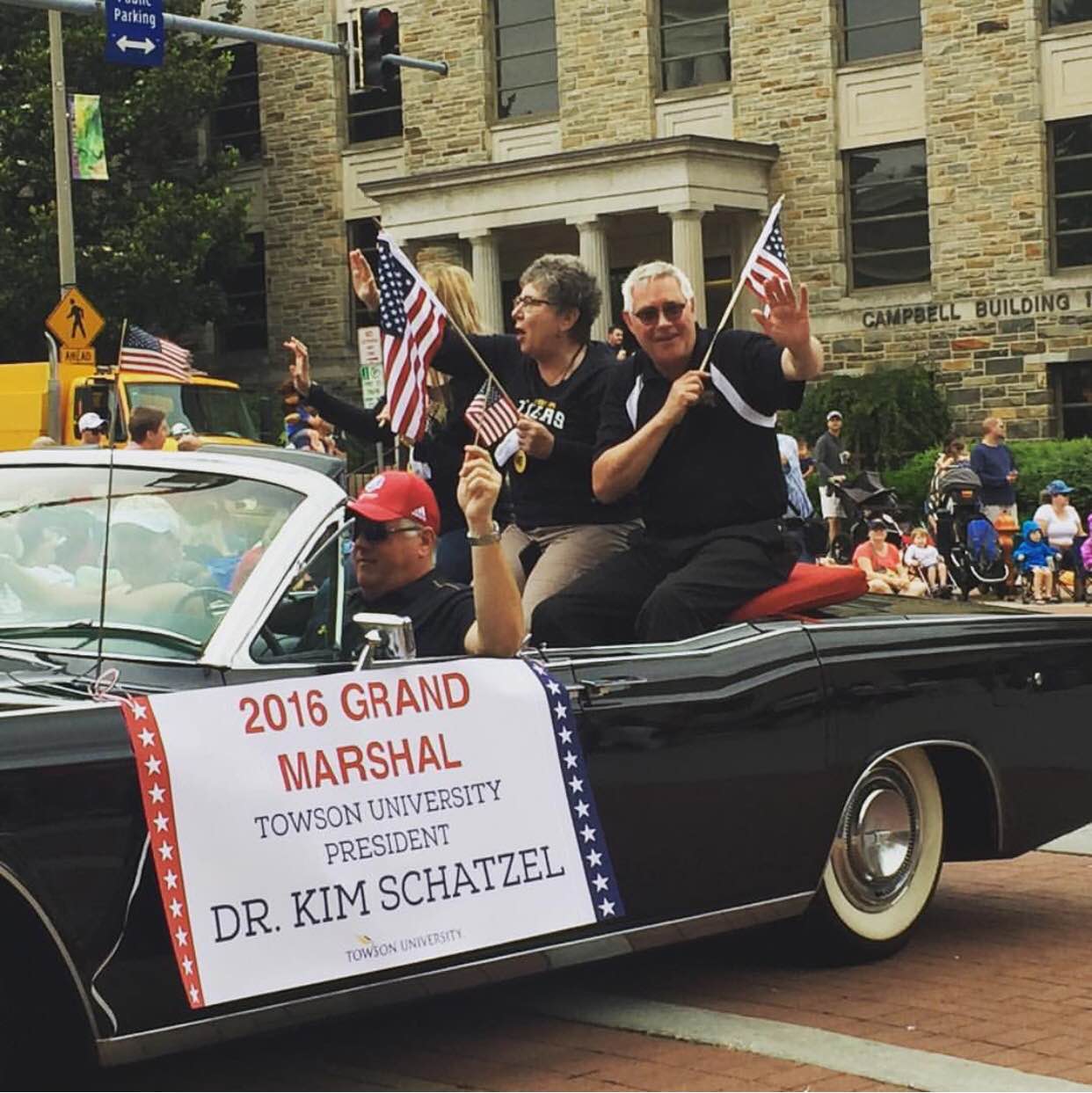 Towson President Kim Schatzel road through Towson Monday, serving as the Grand Marshal for the 2016 Towson 4th of July Parade.

“My duties will include leading the official parade lineup just after the Towson Fire Station No. 1,” Schatzel said in an email.

She was joined by her husband, Trevor, and her daughter, Katie.

“Since our son and daughter were born, we have always attended a parade, so this year [was] no different,” Schatzel said.

Schatzel was given the “honor” of serving as Grand Marshal by the Towson Parade Committee, who bring the parade together.

Schatzel said she wants TU’s neighbors to consider the university a partner and :hub of resources.”