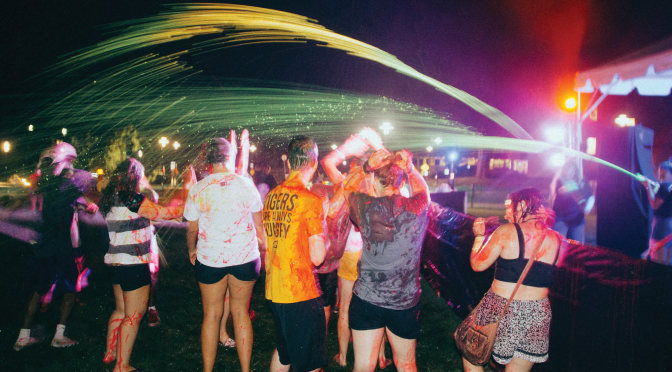 Every year, Towson keeps students on-campus during Labor Day weekend by entertaining them with fun activities. This LaborStay Weekend from Sept. 2-5, students could enjoy anything from DIY sugary drinks to a body-painting dance party.

Students kicked off Labor Day weekend by celebrating at the LaborStay Day Party, organized by CAB to get students excited to stay on campus take part in the LaborStay Weekend.

Students strolling near the Beach Sept. 2 between 2 and 5 p.m. would have noticed the LaborStay Weekend fun.

“Offering stuff like face painting, ice cream and other fun stuff [will help students] feel like they are building a community,” graduate assistant for Campus Programming Stephanie Kiefer said.

Freshman Briana Richert said that the LaborStay activities “distracts from the new of school” and gives students something to do instead of going home.

“The main goal of the event is to have people relax and connect to other people that live and work in the Glen,” Assistant Director of Residence Life for the Glen Complex Lisa Simmons-Barth said.

The Welcome to the Glen event encouraged residents to stop by and enjoy an assortment of activities such as a ball pit pool, coloring, corn hole and a raffle while getting to know their neighbors from the complex.

“I think that it is important because it reminds people in the glen that they are actually part of a community,” Jenn Tapler, a resident assistant, said. “They live in these giant buildings but you never see everyone until they have an event where everyone can come together.”

Not only can residents connect with each other, but they can also see Glen professional staff outside of their usual roles.

“It’s a low key, low pressure event,” Simmons-Barth said. “Residents can choose their own adventure, hang out and have some fun.”

The Welcome to the Glen Event is one of three on-campus events that welcomed students to the Towers.

One popular game at the event was bubble soccer, where residents played soccer while in a blown-up rubber ball from their head to their hips. Residents were knocked over and backflipped uncontrollably in their bubbles as they tried to steal the ball from the other team.

Freshman Rebecca Lampron was one of the only girls on her bubble soccer team.

A game of limbo started with about ten contestants, but ended with only junior Taylor Jones in the last round. Jones said that she won because of her short stature, along with her limbo experience.

“I used to do it on roller skates all the time, so it just came naturally,” Jones said. “I didn’t know I was going to win money, but I guess that was definitely the best part. It was so exciting and I feel fantastic after winning.”

Sophomore Theo Rinaldi said that Friday’s PaintU giant paint party outside the College of Liberal Arts was a great way to set of the LaborStay weekend.

Branded as “the ultimate campus party,” PaintU was planned to be the biggest attraction of LaborStay Weekend, according to Coordinator of Campus Programming Jackie Fulop.

After a quick security check, students were ushered onto the CLA field where a DJ kept the party going. The night really got started about an hour in when event staff pulled out the nontoxic and washable paint and filled-up sprayers.

On the DJ’s cue, they doused the crowd. With numerous sprayers and sometimes a whole bucket of paint being dumped into the crowd, everyone had a chance to get covered.

“The music was a blast, and I enjoyed being splattered with paint and dancing with my friends,” Rinaldi said.

The Tiger Photo Booth gave students a chance to pose with the tiger statue in Tiger Plaza, on Saturday.

“Everyone usually wants to take a picture with the tiger so it’s something fun for everyone to do,” senior and Student Activities photography manager Adrilenzo Cassoma said.

Sophomore international studies major Jennifer Umana attended to get a picture with her suitemates.

“We wanted to get a picture of all of our suitemates because we have pretty much no decorations right now,” Umana said. “We all get along so we thought it would a fun thing to do. It’s nice doing things together.”

According to Cassoma, Student Activities does some kind of photo booth every year as a way to get students involved and provide something for everyone to do.

“It gives people a chance to do stuff,” sophomore psychology major Colleen Rooney said. “It makes this feel like home since a lot of people are here for Labor Day.

Due to forecasted weather conditions on Saturday night, the annual Block Show was moved from Speaker’s Circle to a West Village Commons ballroom. By 7 p.m., the ballroom was packed with student spectators, alumni and various sororities and fraternities ready to showcase their stepping skills.

During the show, multicultural sororities and frats stepped and strolled, practicing a traditional African dance where one communicates through hand claps, foot stomps and spoken word.

“We killed it, we went out there, we were practicing hard,” sophomore biology major and Sigma Lambda Gamma member Nathalie Murchison said. “I’m glad that definitely showed tonight.”

For Coordinator of Fraternity and Sorority Life Chris McQueen, the show was not only about showcasing the stepping skills of multicultural organizations on campus, but also exhibiting the hard work that goes into being Greek.

While Towson battled the South Florida Bulls in its first game of the 2016-2017 season, Tiger fans went to PAWS for free drumsticks and drinks at the TU Watch Party.

Aside from seeing the game on the big screen, one main goal of the event was to encourage new and returning students to socialize.

“Most students go home for the weekends,” Campus Programming Assistant Stephanie Coakley said. “So we plan all these events for the students on campus.”

Every time a touchdown was scored, students would clap together and share high-fives.

The game ended 56-20 in favor of the Bulls. Although the Tigers were beaten, they did have some significant moments, including an interception in the first quarter, as well as a fumble recovery in the second quarter.

Students were in for a sweet treat on Saturday at PAWS Pavilion. Students gathered in the afternoon to enjoy do-it-yourself fruity drinks at the Sugar Factory. The line wrapped all way from the pavilion to Union Garage as students waited in anticipation for refreshing drinks to kick off the closing summer season.

The drinks that were available to students included “light blue lagoon,” which featured a combination of fruity flavors creating a vibrant turquoise beverage topped off with a candy of the student’s choice, with the most popular being gummy worms.

The drinks were served in small, fish-bowl shaped glasses that added an even more creative twist to the already bright event. 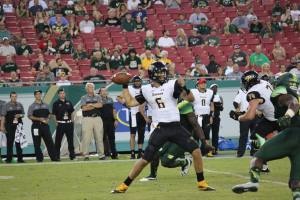 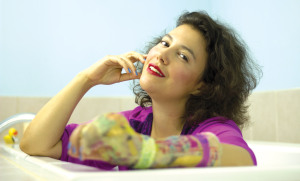