If you walked into the Potomac Lounge Thursday night, you would have seen a pretty big projector screen with “Cum-municate!” projected on it in big, bold letters. And that, Youtube sex educator and internet celebrity Laci Green says, is the key to really great sex.

“Consent is a conversation,” Green said, because sex must happen together. It should never be something that happens to someone.

“I think it’s become more important now than ever to be unapologetic about the need for comprehensive sex education, about the need for conversations about identity and about gender equality and all these things,” she said. “It was already urgent. It has become that much more urgent for people to be outspoken about it.” 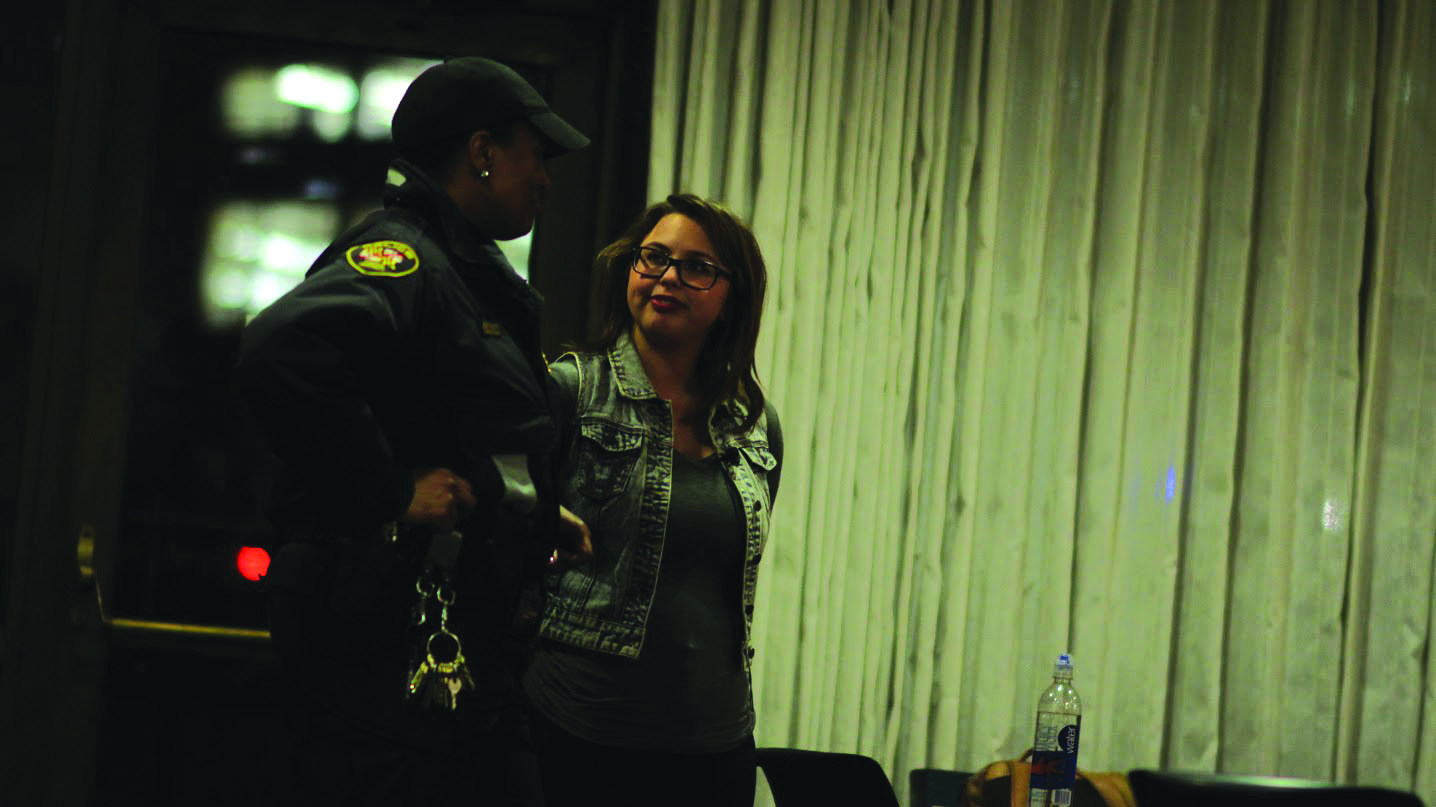 Green, who studied health education at University of California Berkeley, runs a Youtube channel featuring a segment called Sex+ with approximately 1.5 million subscribers, and has been involved with organizations like Rape and Dating Violence Crisis Counseling, MTV’s show “Braless,” and Planned Parenthood. During Thursday night’s discussion, she encouraged her audience to “stay in a comfortably uncomfortable zone” and then launched into a presentation about the myths surrounding sex.

Green kept her presentation lighthearted and fun, but her work got her recognized as one of TIME Magazine’s Most Influential People on the Internet in 2016.

“It’s really neat, and to me it’s a symbolic victory for sex education and conversations about sexuality and gender, which is great,” Green said.

Before the event began, attendees had the opportunity to visit some of the booths at a resource fair set up in the room, which drew attention to signs of abusive relationships, sexual violence, Title IX and “love languages,” or the different ways people prefer their loved one to express affection.

“I was really pleased to see so many people come out to talk about such an important issue,” Sexual Violence Prevention Educator and organizer of the resource fair Kailah Cardin said. “I hope that people got a chance not only to hear what Laci had to say, but also to learn about some of the resources on and off campus that can support people who might be in an unhealthy or unsafe relationship or have experienced sexual violence.”

Some students attended the discussion because they grew up watching Green’s videos.

“I came to see her because she literally taught me all the sex ed I needed as a teenager,” sophomore Alex Emory said. “I grew up in the South and I just never got any.”

Of course, putting herself out there has brought Green some criticism.

“Anytime you talk about something that challenges a certain status quo, it’s understandable that the status quo pushes back,” she said. “Sometimes it’s productive, and I learned a lot from some of the criticism t 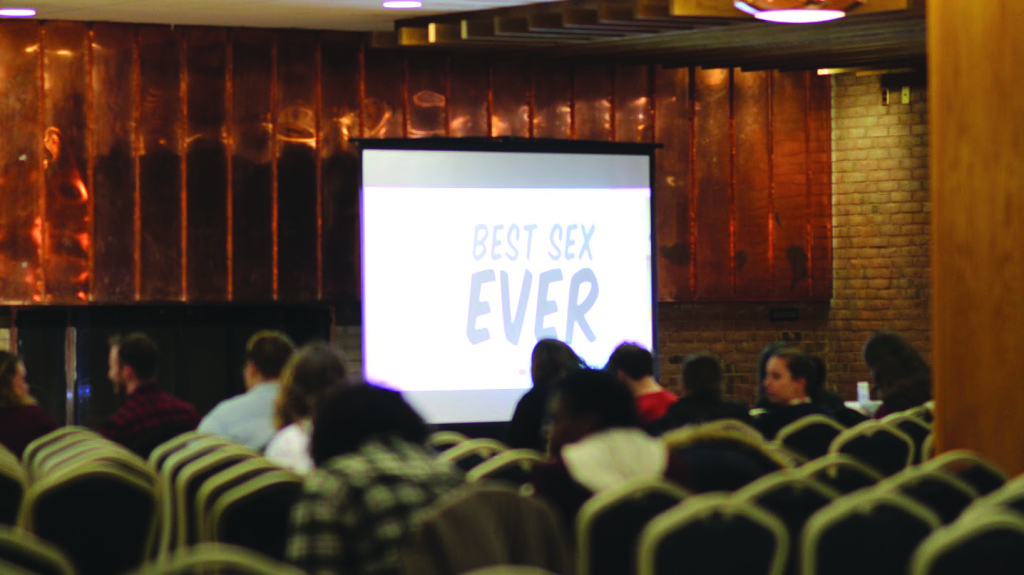 hat I’ve gotten in the past.”

She expressed some frustration, however, with the current trend of internet conversation.

“It feels like the internet is growing incredibly tribalistic, and people just see you as ‘a feminist’ or ‘a liberal’ or ‘a sex educator,’ and assign all this meaning to those words, and kind of paint everyone who they see in this category with broad strokes, which does not really do anything for the conversation. You erase all the nuance of how different people feel about things.”

Laura Johnson, a graduate student with a bachelor’s degree in school health, said, that Green is a “relatable, friendly face for health education.”

“She takes health education from being something scary and makes it something that people can do on their own time, in a non-threatening way,” Johnson said.

Daje’ Reeder, a junior environmental science major, said she liked Green because, “she made it really comprehensive… There’s a lot of sexual orientations, and she made them understandable.”

Nicole Mueller, a freshman double-majoring in photography and women’s and gender studies, is a Sexual Assault Peer Educator  and attended Green’s talk because, “I just love anything sex-positive.”

To Green, sex is not just about pleasure, it’s also about self-love. She urges people to “question attitudes and norms that prevent us from exploring and enjoying our bodies.”

“I like how she’s a free spirit, and how she talks about things that most people aren’t taught,” senior accounting major Abu Kaba said. “She’s very modern and with it, and she does it in a fun way.”

Given the current political climate and marginalization of minorities, Green said that allies should do their best to support and advocate for those whose rights are under threat.

“We have to be brave, and step out, take a risk, and do what’s right, even though there’s a lot of negativity that comes from it. When we do that in a supportive capacity, it’s easier and safer for people… People who are not being targeted need to be on the front lines right now.”

To facilitate this, Green said, “for those who there’s a good potential to have an exchange with, making sure that they feel heard, sometimes, I’ve found, makes it so that they can hear you a little bit better, and lets people come together at the table as human beings and feel mutually respected. That’s hard when we’re talking about people’s lives and people’s humanity.”

As for the future, Green said that she plans on going back to school to continue her own education.

“Take care of yourself, make time for yourself and know when to move on from something,” Green said. “If you’ve been doing something for a while, and it doesn’t bring you as much joy as it once did, it’s time for the next thing. It’s time to keep moving.”