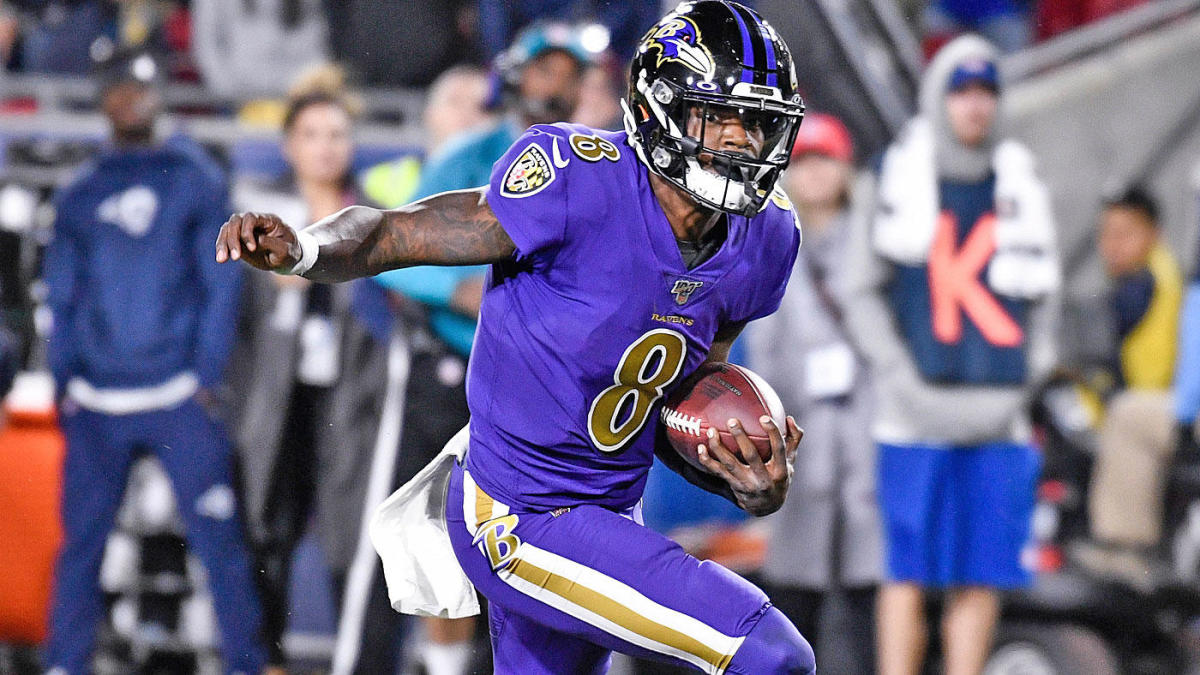 Baltimore Ravens quarterback Lamar Jackson will be the cover athlete for Madden NFL 21, a video game released yearly by EA Sports. Jackson is the second Raven’s player to be featured on the cover and the first since linebacker Ray Lewis in Madden 2005.

Jackson announced the news in a video posted to the team’s Twitter account on Tuesday, April 21. He spoke to reporters on a conference call later that day.

“It’s always been a dream of mine since I was a little kid, since I first started playing Madden,” Jackson said. “It’s dope. I have every Madden. To me, to be on the front of it, it’s a dream come true.”

Last season, Jackson led the NFL with 36 passing touchdowns and was third with a 113.3 passer rating. He also set an NFL single-season record for rushing yards by a quarterback, surpassing former Atlanta Falcons and Philadelphia Eagles quarterback Michael Vick. Jackson rushed for 1,206 yards and 12 touchdowns, joining Vick as the second quarterback to ever rush for 1,000 yards in a season.

Last year’s cover athlete was Kansas City Chiefs quarterback Patrick Mahomes. He led the Chiefs to an 11-3 record as the starter and helped them win their first Super Bowl in 50 years, being named Super Bowl MVP.

Some believe that part of being the cover athlete is having the “Madden Curse,” which is a trend of cover athletes either getting injured or seeing their performance decrease after appearing on the cover. Some fans believe Mahomes broke the curse because of his performance last season, however, he still missed two games due to injury.

Former Pittsburgh Steelers wide receiver Antonio Brown saw his career take a dramatic turn last year, going from six consecutive 1,000-yard seasons to out of the league because of a combination of legal issues and character concerns.

Another notable athlete who never looked the same after their cover was former Cleveland Browns running back Peyton Hillis. After rushing for 1,177 yards and 11 touchdowns in 2010, Hillis beat former Philadelphia Eagles quarterback Michael Vick in a fan vote for the cover of Madden 12. He never rushed for more than 587 yards in a season and was out of the league by 2015.

Madden is a popular game among Towson students, and the opinions of the Madden Curse depend on who is asked. For senior Kevin Brooks, he believes the curse has been broken for Jackson.

“He deserves it, he was the most entertaining and electrifying player last season,” Brooks said. “As for the curse, Pat Mahomes already broke it.”

While some believe that Mahomes broke the curse, others such as sophomore Justin Mitchell aren’t as sure.

EA Sports has not officially announced that Jackson will be the cover athlete but tweeted a meme about it less than two hours after the Ravens posted the initial announcement.

Madden usually comes out in late August just before the regular season begins. It does not currently have a release date, but an announcement is expected to come in the next few months.