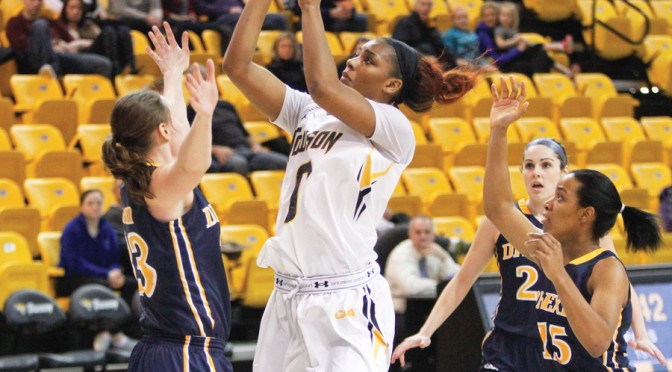 The Tigers lost to UNC Wilmington, 73-71, in overtime on Sunday, as redshirt junior guard Shatia Cole made the go-ahead jumper with two seconds left in the game.

“It’s an unpleasant feeling when you lose knowing you should have won,” junior guard Dominique Johnson. “However, we just have to finish games out.”

Redshirt senior forward LaTorri Hines-Allen gave Towson (10-18, 6-10 Colonial Athletic Association) a two-point lead with 23 seconds left in the second half off of a layup. However, UNC Wilmington (11-15, 7-8 CAA) tied the game with five seconds left off of Cole’s layup, which sent the game to overtime.

Johnson opened overtime with a three-pointer and made a free throw a minute later that gave the Tigers a 62-60 lead with four minutes left.

Both teams went back and forth and two free throws from Hines-Allen cut UNC Wilmington’s lead to 70-69 with less than two minutes left in overtime.

Cole hit a free throw with 19 seconds left, but senior guard Ciara Webb tied the game at 71-71 after she made a layup. However, Cole ended the game with a jumper and the Tigers fell on Senior Day.

Hines-Allen and Johnson both led the team with 16 points each. Hines-Allen also had 15 rebounds and five assists. She scored 10 points in the second half alone.

Towson also shot 84 percent from the free-throw line in the game, as the team made 21-of-25 foul shots.

Cole, who made both big shots against the Tigers, finished with 20 points.

UNC Wilmington also hampered Towson with 12 steals in the game and out-rebounded the home team, 54-41.

The Tigers have two regular season games left and both are matchups are on the road. 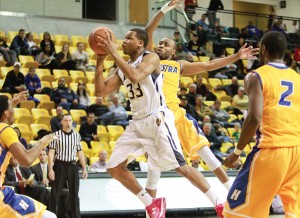 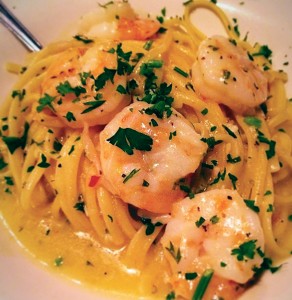