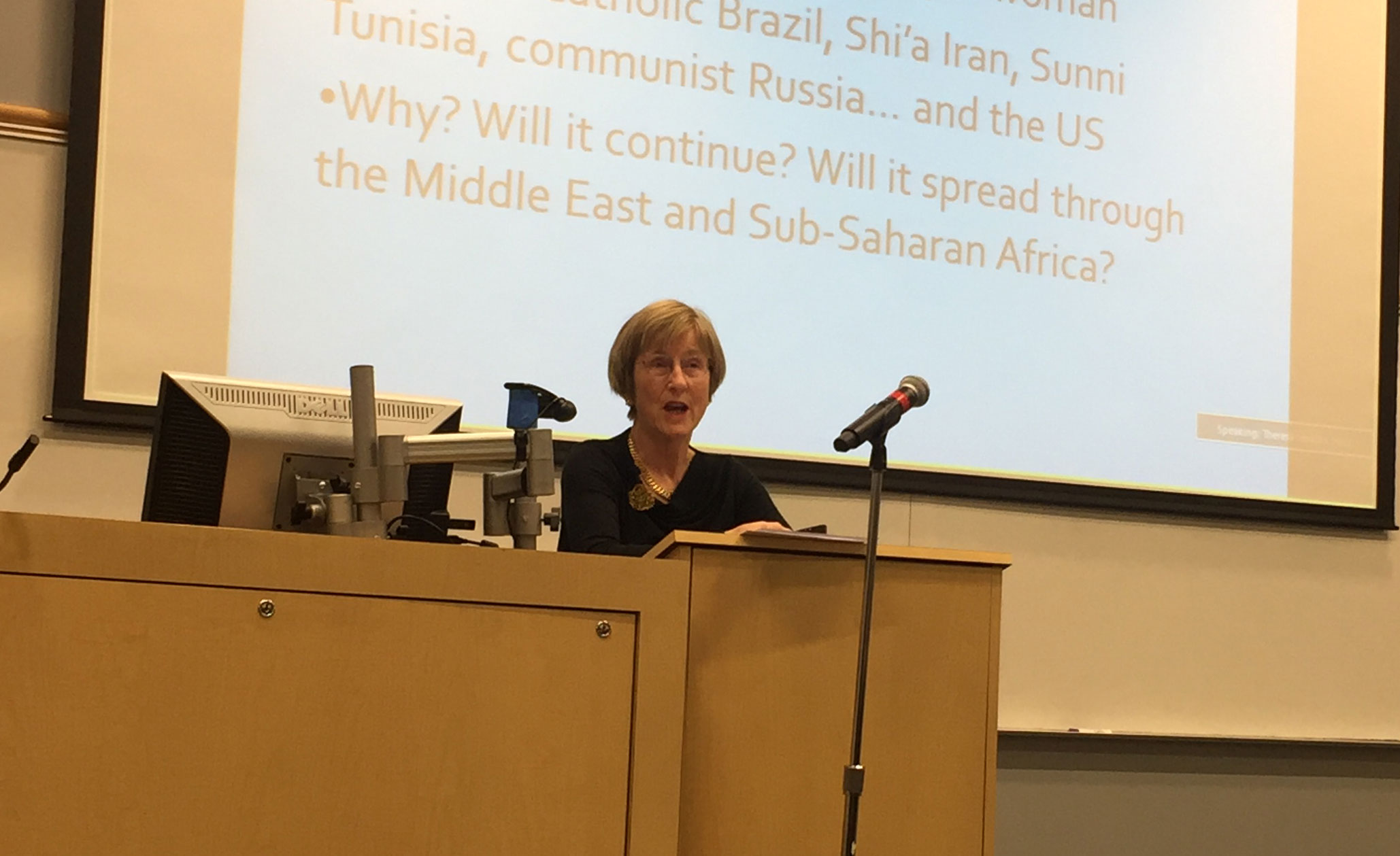 A Woodrow Wilson Visiting Fellow, Cairncross is a former financial journalist for The Guardian and The Economist, where she worked for 20 years. She stressed the continuing importance of education as these trends become more prominent in coming years.

“Education matters,” Cairncross said. “We need to start educating people very early on. Everything that matters in succeeding in the world begins before birth and is rapidly increased after birth.”

A decline in worldwide fertility rates and a rise in life expectancy among older generations are factors that will cause a demographic shift in the coming years, according to Cairncross. She said that families around the world are beginning to restrict their sizes in order to be able to afford education for their children.

“Why is this happening?” Cairncross asked. “My guess is that it’s got something to do with the realization of millions of families that if they want their children to go on in life, they need to go to university.”

This restriction is coupled with a rise in life expectancy, caused by a sharp decline in smoking and the implementation of healthier diets and better personal habits. She noted that this rise in life expectancy will bring unavoidable problems, like paying higher taxes for fewer benefits in order to finance the benefits of older generations, for younger generations down the line. These issues can be prevented, she said, if the younger generation votes.

“At the present, [young people] are much less likely to vote than the old,” Cairncross said. “The inevitable result is that politicians listen to the old and don’t listen to the young. The memo for tonight is that any of you who are not registered to vote, please go out and do so.”

Cairncross also spoke of a changing environment in which the world will continue to see more extremes in weather and increased carbon dioxide in the atmosphere, among other changes linked to the rise in the atmospheric concentration of greenhouse gases.

She described changes in biodiversity, in which large animals and predators will rapidly go extinct in coming years due to poaching. She also described water as a scarce resource, saying that it will only become scarcer as usage continues to be unregulated by the economic market.

“As you can see, something ominous is definitely happening,” Cairncross said.

During her presentation, Cairncross also outlined a projected shift toward democracy worldwide in coming years. She also  considered the ever-changing nature of religion. She spoke of rising populations of Muslims in Europe, a continent she considers almost entirely secular.

Cairncross also speculated on the rise of non-traditional religions, such as astrology, the supernatural and witchcraft, as “the faiths of the future.”

The event, hosted in the Lecture Hall, began with an introduction from Provost Timothy Chandler and Terry Cooney, dean of the College of Liberal Arts and rector of TU’s Honors College.

“We are extraordinarily grateful to Frances for coming and spending time with us,” Chandler said.

Cairncross will be on campus for the rest of the week as a visiting fellow.