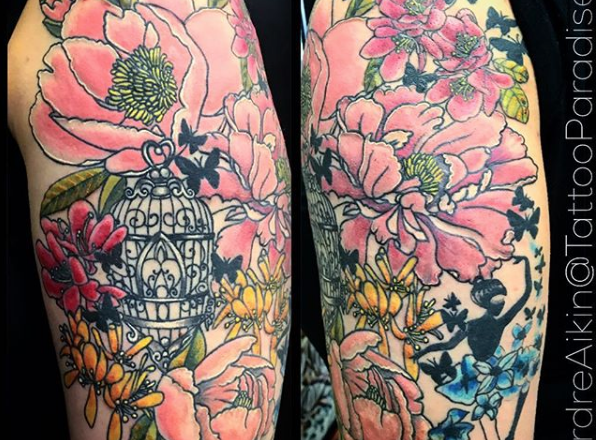 Under current Baltimore County legislation, tattoo studios are only allowed to run in industrial areas alongside massage parlors and strip clubs. However, this may not be the case for much longer.

Councilman David Marks introduced legislation Feb. 5, that would allow for tattoo studios in downtown Towson, so long as they meet certain criteria.

“There would be a significant number of restrictions,” Marks said. “For example, the size of the space could not be larger than 3,000 square feet, the tattoo operation can only be done in conjunction with an art gallery, there would be limited hours. The establishment could only be open between 9 a.m. and 8:30 pm on Fridays and Saturdays, and 9 a.m. and 9 p.m. all the rest of the days. There would be limitations on signage. The signage could not actually use the word tattoo and could not have any neon.”

Marks believes people would be less concerned about tattoo shops in Towson if the shops’ exterior had certain restrictions on the way it looks.

“My personal opinion is that society has moved in a much more progressive manner, and that people are not so much against these businesses as they are concerned about how they look from the outside,” Marks said.

Deirdre Aikin, a tattoo artist looking to open a shop in Towson, has been in talks with Marks about the legislation and believes that the restrictions are reasonable, compared to the current legislation.

“I was pretty offended by [old legislation] because it aligns [tattooing] with the sex industry and the adult industry, but there’s no correlation between tattooing and the sex industry,” Aikin said.

Some students feel there shouldn’t have been restrictions on tattoo shops in Towson to begin with.

“I feel as though it shouldn’t have been an issue in the first place because it’s a form of art and expression, it’s not anything negative,” said sophomore and exercise science major Aushuwa Johnson.

Some of the restrictions being put into place are following concerns brought up by the Greater Towson Council of Community Associations, whose some of their members worry that a tattoo studio could invite drunk college students to the area.

“It is general tattoo policy that you don’t tattoo people who are inebriated,” Aikin said.

Aikin said she is willing to work with the Towson community and understands their concerns.

“I also think that the legislation should be tight,” Aikin said. “I mean, I understand the concerns about having the industry in there, but I’m willing to work with whatever they throw my way. I’m down to work with any of the communities.”

Marks is also open to having other studios in the area, though he realizes there is limited space for others to open.

“If there was another business that meets this criteria, they could also open. But I think there’s a very limited number of spaces that can accommodate this. Another thing is the shop could not be on the main level, or on ground level, so this is going to go in the second story.”

Aikin, who has a Master of Fine Arts from Maryland Institute College of Art, is excited to host the gallery in the front of the studio, as it is a way for her to give back to the community.

“It’s something that I’ve thought about for a really long time,” Aikin stated. “How can I give back to a community that treated me so well? How can I help the students? How can I make a difference?”

She believes it will give the art community, and specifically college art students, an opportunity to get their work into the public eye and give them experience working with galleries to curate an exhibit.

“I want to work with the schools,” Aikin said. “[Art students] don’t know how to negotiate, or how to curate, and it’s a serious problem in the art community, especially in the college community.”

Aikin acknowledged that students get to share their work in school gallery space, but also believes it doesn’t give students much of an opportunity to learn how to approach a gallery with an idea.

“You get to share in your school gallery space, but actually approaching a gallery and saying ‘hey I have an idea, I want to curate this,’ or ‘I want to develop this space’ or whatever, they don’t have as much of an opportunity.”

Johnson, however, feels as though the gallery might take away from the studio’s business, saying “tattoo artists, they are artists and they do art.”

“I do see their illustrations and their animations on the walls, so [the gallery] takes away from their business,” Johnson said. “If some tattoo artist used Towson’s art as muses or as templates kind of, then I could see how that could benefit them. But I feel if Towson’s art is going to be in tattoo studios, then Towson should promote their business as well.”

Marks indicated that there is more tolerance for tattoos now in society.

“I think society has moved towards more tolerance of these businesses,” Marks said. “And I think there’s people of all ages that are getting tattoos.”