My fellow Muslims, I write this letter to you all ten minutes after finding out that multiple Council on American-Islamic Relations (CAIR) offices needed to be evacuated due to the fact they all received “suspicious packages.” The packages carried white powder and in some cases, a message. One of the messages reportedly read, “die a painful death.” Many say that the amount of Islamophobia we are seeing in America today has reached an unprecedented level as hate crimes against Muslims have continued to rise these past few weeks with each incident becoming progressively worse.

Before the attempt to intimidate CAIR office workers this week, there was the report of a New York shop owner who was viciously assaulted by a customer who claimed he will “kill Muslims.” Then there was the story about the Muslim cab driver in Pittsburgh who was shot by a passenger shortly after he asked the driver about Daesh (Another moniker for the self-proclaimed Islamic State). Every day I am nervous to read the news in fear of there being an even more horrific incident than the day before or even worse, that the story will be about one of my own loved ones.

At this point, many in the Muslim community are unsure how to respond to all the threats and violence. There are those who argue that we need to keep to ourselves until this all “blows over” and normalcy returns to this country. I understand this rationale completely. We are angry, scared, and most of all confused. However, being reclusive at this moment is the worst thing we can do.

Please, do not let this opportunity go to waste. Now is the time more than ever that we engage our communities and our non-Muslim peers. The best way to stop the spread of Islamophobia and hatred is to go out and become involved. Volunteer with your local political party, join your child’s parent-teacher association, join a bowling league—it doesn’t matter but you must do something. I understand this task may seem daunting, especially if you or your loved ones recently emigrated here from a foreign country, but there is no better way to erase the misconceptions about our faith than by working alongside our neighbors to better the community in which we live.

Those skeptical of my approach would say that Muslims have no need to prove their “Americanness.” Allow me to be clear, my urge for Muslims to become more participatory in their communities is not to prove anything. It is a reassertion of our values.

Muslims are productive members of society who believe in equality, peace, and social justice. We work as doctors, lawyers, and servicemen and women in the US military. Unfortunately, there is a very violent minority which believes all Muslims are inherently evil and therefore think that their horrific acts are justified. My approach does not excuse this violent minority’s cruel deeds either. The discriminatory rhetoric is being spewed by a few presidential candidates that is fueling this group’s fear does not show sign on slowing down. As Muslims, we can lament all day long about how awful our circumstances are, however nothing will be accomplished until we all stand up and take action. The popular saying “people fear what they do not understand” rings true now more than ever. The best way to help others understand is to engage them.

If you doubt this approach, look at the Muslims in San Bernardino. One day after the massacre, they began a fundraising campaign for the victims’ families. They ended up raising over $100,000 and have touched the entire nation, not only as tremendous Muslims, but as tremendous Americans who have taken a stance against terrorism and prejudice.

Now is the time for us to rise together and transform our communities one person at a time. Martin Luther King, Jr. once said “love is the only force capable of transforming an enemy into a friend.” If we hate those who hate us, we allow them to win. Now is the time to build new relationships and strengthen our communities to ensure long lasting understanding for one another as Americans. 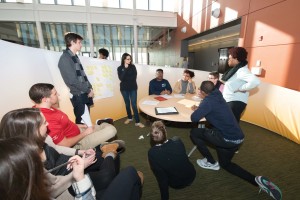 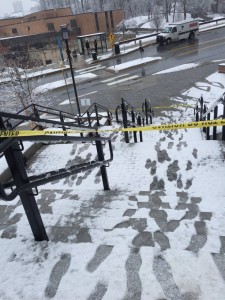