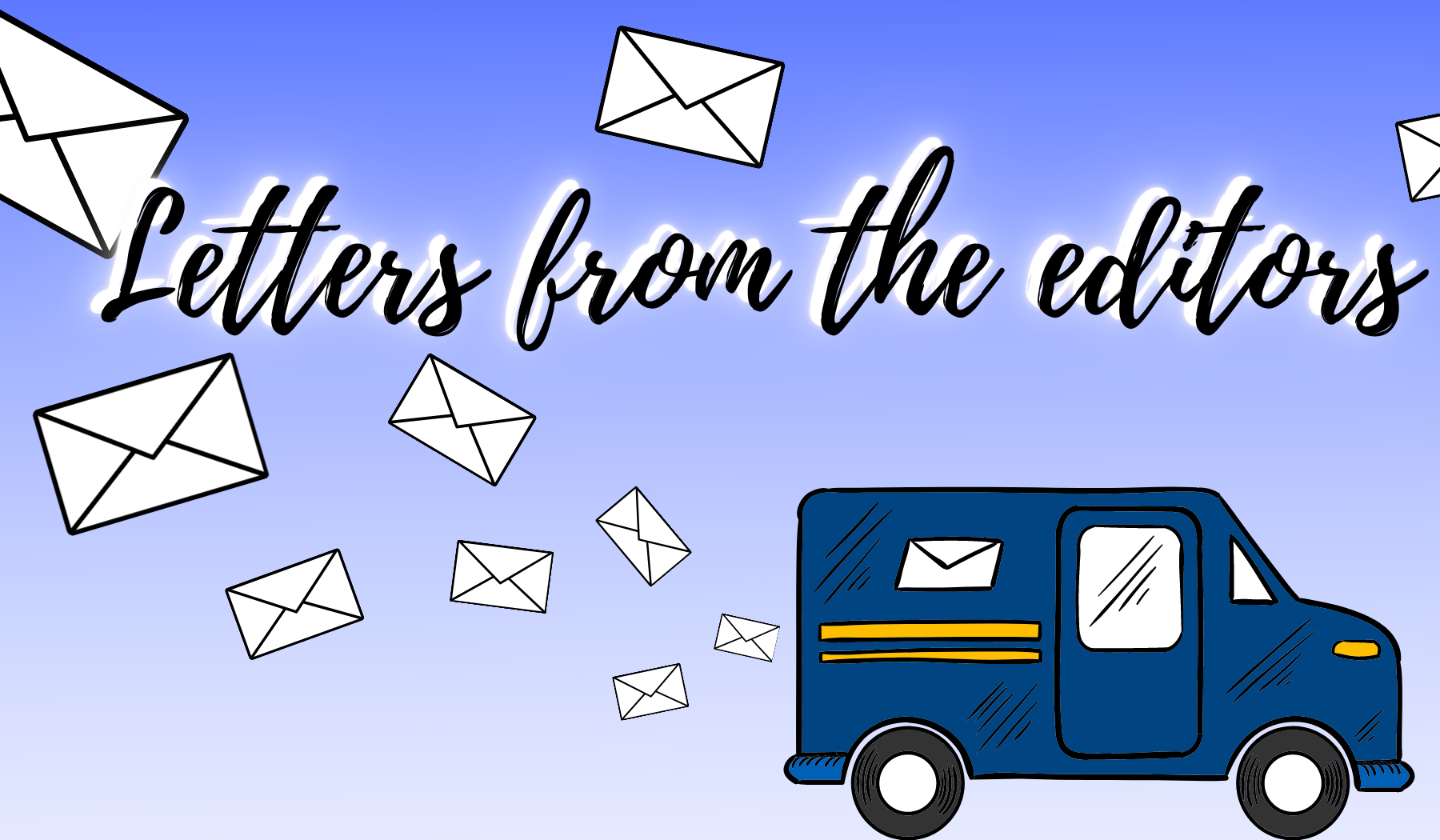 Letters from the editors is a compilation of notes shared by former staff members of The Towerlight to commemorate 100 years of publication and to be printed in our final print edition.

Letters are organized by the year in which each individual was on staff.

First things first……The editorial staff was incredible and hard working (guiding us was the great Mike Raymond), who assisted us all to meet our deadlines every week! — and there was some late nights! We all worked hard to provide news and information for TU.
The Towerlight in the mid-1990s also served as battlefield of ideas and freedom of speech for all students and staff that I will always treasure as a doorway into my writing career. It was so rich and full! Several student groups sprung into action at this time, and even a few political science professors made their voices heard too  — 🙂 …..
Isn’t this what it is all about?
I am compelled to offer John Stuart Mill from On Liberty, in which he held an impassioned defense of free speech that I believe the Towerlight subscribed too! Mill argued that a free discourse is a necessary condition for intellectual and social progress;  writing that a silenced opinion may contain some element of the truth. Mill also argued that allowing people to air false opinions is productive to abandon erroneous beliefs, if they are engaged in an open exchange of ideas, and second, by forcing other individuals to re-examine and re-affirm their beliefs in the process of debate…..
The Towerlight embodied this virtue! I hope and pray for another 100 years. Congratulations!
– Michael Moritz, News Editor 1996 – 1997

I always loved the rush of getting the paper out on deadline on Wednesday nights. There was a lot of stress, but it was so much fun working together to get the files to the printer on time. We also ate a lot of pizza on those nights. As tired as you were leaving the office that night, it was all worth it when you saw those papers hit the campus in the morning.
– Ron Snyder, Sports Editor 1997 & 1999, News Editor 1998, Editor-in-Chief 1998

Being subject of the Cluck-U blotter during my final edition before graduating.
– Paul Snyder, Senior Account Executive & Circulation Manager 2001

Looking back, it’s not just one memory that comes to mind. It’s remembering the late nights and last-minute scrambles to meet a deadline; the laughter and inside jokes; and the excitement that occurred whenever somebody brought free food to the office. The Towerlight connected me with a great group of people, who were all passionate about their work and fun to be around.
– Jennifer Lehman Keir, News Editor 2004

Working for The Towerlight was the best part of my Towson experience; it launched my career and cultivated lifelong friendships. Delivering newspapers in a blizzard, trading ads for pizza and the April Fools issues are among the great memories.
– Sarah Breitenbach, Editor-in-Chief 2005

Besides making friends for life among the staff? I joined The Towerlight after meeting Luke Brietzke in a class, and kind of fell into a career in writing as a result. I’d have to say the highlight was getting to know football coach Gordy Combs as the beat writer for the football team. I covered each home game, traveled to some road games—Delaware, Villanova, Richmond and Elon come to mind—and had a regular weekly meeting with Coach Combs during the season. I learned a lot about journalism, coaching, leadership and life in those conversations with Coach Combs. None of that happens without The Towerlight and TU providing that opportunity.
– Sean Welsh, Associate Sports Editor & Circulation Manager 2005

That amazing feeling you got when you said something that made the newsroom laugh and someone added your joke/quote to the office white board. And eating basically every meal together on production days.
– Kristi Moore, Senior Editor 2006

Late night games of throw hard, pizza, the quote board, and all the incredible holiday parties. But mostly the yelling, and the love.
– Camille Goleb, Proofreader 2007 – 2011

I was proud of a lot of stories I had the freedom to pursue. I think the biggest one was probably the firing of an adjunct for using a slur in discussing a passage from an art text. This was in 2010, well before society more broadly started doing more soul searching on issues of race. It raised a lot of issues not just about the language used but also academic freedom and the limited protections afforded to adjuncts. The reporting actually drew the attention of outside media. In between classes and rewrites, I was brought onto WBAL Radio to talk about the saga. And as circulation manager, I also had a unique opportunity to see how students were reacting to my reporting. More than a couple times, I saw people quickly snag papers off freshly-restocked racks. If it was a cover story I wrote, seeing that really gave me a sense of pride.
– Tyler Waldman, Associate Arts Editor 2008 – 2010

The Towerlight office always felt like home to me. The white board was filled with memorable quotes that made us all laugh, there was always food to share on the middle table and desks littered with papers.
Production nights were my favorites. I remember feeling like we were part of some super secret club because we were able to stay in the student union building well after they closed.
Even when we had to move our office my senior year, the office still was home. I’m forever grateful for the friendships and opportunities I’ve had because of my experience with The Towerlight.
– Jenn Laumann, Art Director 2008

Staying up until 1AM in the morning in the office exporting videos, eating Chinese food, and watching Degrassi with the video team. Shout out to Ashley and Devorah!
– Shamus Kelley, Video Editor 2009 – 2013

Getting recognized from my column when I handed my credit card to a cashier and fellow student at the Towson Town Center!
– Eva Neissner, Film Columnist 2010 – 2012

I wouldn’t be the person or journalist I am today without my experiences at The Towerlight. I can mark so much of my time at Towson based on the story I was working on and who I saw in the office every day. It’s impossible to pin down a favorite memory of being a Towerlighter. It was the feeling I got when someone said something ridiculous and I had to run and immediately add it to the quote board. It was putting out a paper no matter what – even during the Snowpocalypse of 2010 and a campus water shortage that meant none of us drank anything but energy drinks for 12 hours. Most importantly, it was having a place to learn and succeed and fail and succeed again and grow with people I’m still lucky to call my friends. Almost 10 years later, it still feels like a luxury to go to bed before 2 a.m. on Wednesdays and Sundays. Happy 100th anniversary, The Towerlight. I may be biased, but I know which four years were my favorites.
– Lauren (Slavin) Bavis, Editor-in-Chief 2012

Working with the team late at night, putting out the paper was an experience I will never forget. Designing the covers when historical events happened and redesigning the paper from top to bottom, we’re some of my favorite memories. I am forever grateful for the experiences gained at the Towerlight.
– Devin Smith, Art Director 2012

I made some of my closest friends at The Towerlight! I think one of my favorite memories was getting to interview Jane Elliott when she spoke on campus. Our weekly ed board meetings were always a good time — plus the sigh of relief submitting those final pages at the end of a long production day.
– Sarah Rowan, News Editor (on staff 2015 – 2017)

I mean, there are just so many. There was documenting how Towson University students were involved in the Baltimore Uprising after the death of Freddie Gray. There was exploring how the campus was reacting and changing after Donald Trump was elected in 2016. There were the times sitting in court, listening to students and experts testify. There were the Public Information Act requests, and the rush of getting to read the documents we had requested. We did real, impactful journalism — and all my best memories of being at The Towerlight are connected to that. I would not be who I am today without it.
– Cody Boteler, Editor-in-Chief 2016 – 2017

While there’s so many moments to choose from, I’ll never forget the feeling that came with accomplishing the near impossible with a newsroom full of my best friends. From putting together an entire paper after a server crash, to covering a sit-in for racial justice until 3 a.m., it felt like we could do anything as a team. On a stressful deadline Mike would always tell us not to worry, “the paper will go out, it always does.” And though we are now seeing the end of the print edition, the spirit of that mindset will continue in the stories and scoops of future Towerlighters. Also, long live the quote board. TowerLife.
– Carley Milligan, Editor-in-Chief 2016

My favorite memory is coming into the office and being welcomed by such friendly faces! I will also remember how welcoming the environment was and how it was a space for me to succeed. Print editions will be missed!
– Victoria Nicholson, Art Director 2017 – 2020, Marketing Manager 2020 – 2021

Attending a protest about antisemitic violence on campus and writing my first piece about it!
– Megan Clark, Contributing Writer 2018

Working with editorial board and getting to learn more about the community.
– Marcus Whitman, Staff Writer 2018 – 2020

The best thing about my college experience was The Towerlight. I will be forever grateful to The Towerlight team for welcoming me with open arms my freshman year, when I needed them most. Through The Towerlight, I was able to grow so much — personally and professionally. I was able to make great friends and had a true support system and safe space I could go to all throughout college. The Towerlight allowed me to do what I love ­— write and express my creativity, learning from talented peers and alumni in the process. The Towerlight also allowed me to get out of my comfort zone and have truly extraordinary, empowering experiences. From interviewing celebrities, to going to events I would otherwise never go to (and learning so much from them), to heading on road trips to conferences with our amazing staff, and even working on stories and passing out newspapers with my soon-to-be-husband… The Towerlight will always hold such a special place in my heart.
– Bailey Hendricks, Editor-in-Chief 2019 – 2020

One of my most distinct memories is covering the COVID-19 pandemic. At the start of the pandemic, I was the Assistant News Editor and I remember my phone shooting off with groupme messages from all the editors talking about a possible outbreak at Towson. I was in class, but was able to get some solid information from someone about an email sent to staff of a confirmed case at Towson. Then, myself and two other editors – Bailey and Tim – ran around campus to get someone else to verify the email so we could run a story about it. The best part? I was able to do all this and still make it back to class in time.
– Sophia Bates, Associate Editor 2020

Previous post Looking back on where we came from, to what we will become 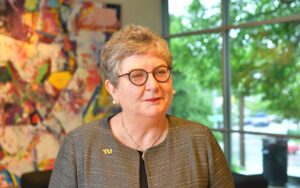