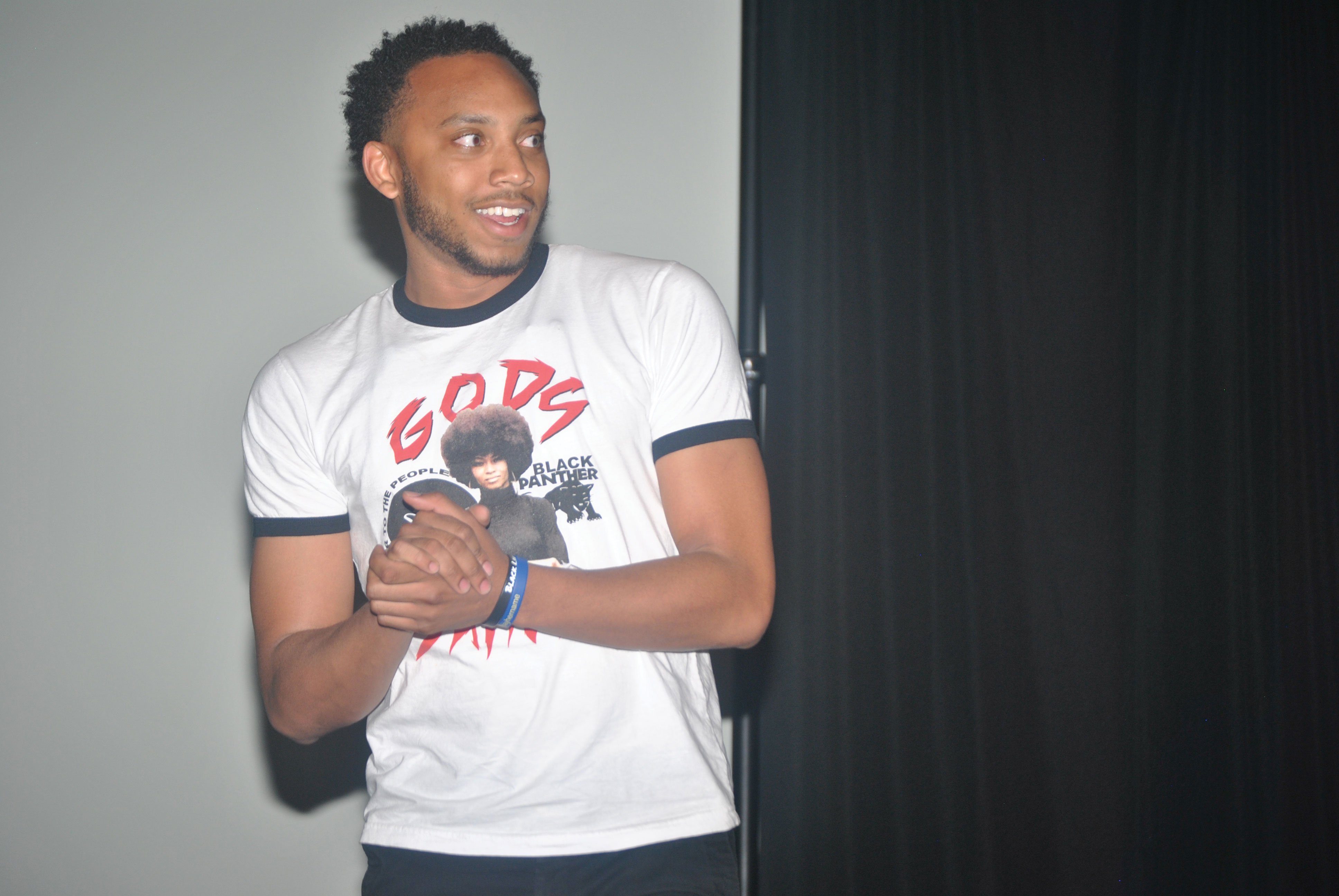 Rose, 21, began his keynote speech by focusing on the importance of claiming black space and how, “Space is one of the most limited commodities for black people.”

He encouraged the claiming of space through social media and on campuses, and reminded young people to continue to constantly challenge institutions and the status quo to make change happen.

“Once we start educating young people on challenging the system and using your voice and realizing that you are an individual that has a power inside of that individualism, I think we will change tomorrow way quicker than we ever could by retrenching the cycle, and keep trying to change the infected system that keeps oppressing people,” Rose said.

Event coordinator for Towson’s chapter of the National Association for the Advancement of Colored People, Jasmine Gillispie, said that organizers wanted Rose to speak because, as a young voice in the community, he can convey to the audience that age isn’t a factor when advocating for what you know to be right.

“He is not just protesting for the hype,” Gillispie said. “He is protesting and writing and speaking to evoke change.”

Towson University’s chapter of the NAACP hosted the event, which has been in the planning stages since October, in collaboration with the Center for Student Diversity and the Mu Rho chapter of Alpha Phi Alpha Fraternity Inc.

“We wanted the audience to thoroughly enjoy themselves but leave with something to encourage them to continue to thrive in their black heritage and culture,” Gillispie said.

This was the second annual New Black City on Towson’s campus, and President of the Alphas, Brandon Edwards, said that they wanted to bring the event back again as a black history showcase for Towson’s black students.

“It builds memories, community, and it’s a good experience to have fun,” senior Edwards said.

Between the performances, a cast of students acted in a series of short skits based off of 90s television show “A Different World.” Gillispie and Towson’s NAACP President, Cambria Conley, produced the script together and both took part in acting it out on stage with six other students.

“In terms of the vision of the skits, we covered many topics such as hook-up culture, racism and sexism all while giving the audience a nostalgic presentation,” Edwards, who also performed in the skits, said.

The evening also featured vocal performances both a cappella and accompanied, a trumpet piece and performances by Towson dance majors and the Killa Motionz dance team. There were two spoken word artists, a video presentation on South African uprisings from the 1970s and step performances by the Lambda Beta Chapter of Alpha Kappa Alpha Sorority Inc., and the Alphas.

The Alpha’s step performance was a step that all brothers of the fraternity must learn called “Oh Why” and was chosen to show unity and brotherhood.

“I also wanted to perform “Oh Why” to page homage to my father who graduated from Towson University, and also is a brother of this chapter,” Edwards said. “Unfortunately, he passed away in 2014 so every time I put of that sweater of his, I perform my hardest for him.”

Rose said speaking at Towson was like having his life come full circle because Towson was his first choice for college out of high school, however he was not admitted.

“I see this as my acceptance into Towson University,” he said.