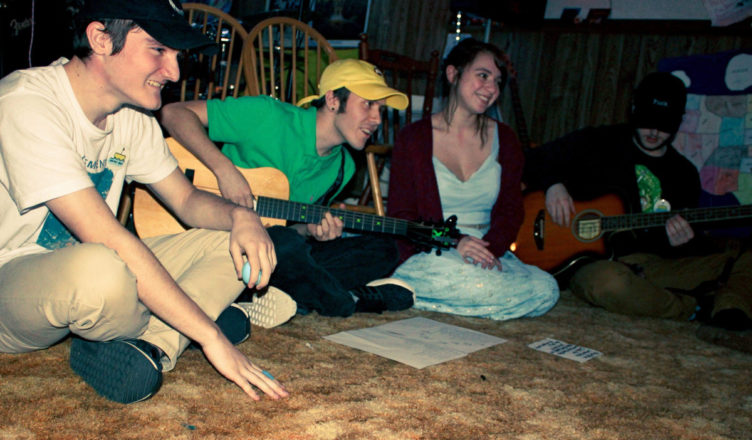 Water Taxi is a local band out of Westminster, Maryland and they have just released their new single called “Closely.”

This band has a unique take on the typical pop formula you expect in the charts. These guys seem to be much more R&B influenced in their delivery. The guitars’ clean tone is what really gives the song its jump. Though it doesn’t play anything particularly flashy, the guitar work serves the song in exactly the right way. The R&B instrumentation calls to mind the great R&B from the late 90s and early 2000s like D’Angelo or the New Renaissance of Soul sound that were getting with artists like Anderson Paak.

The singer of Water Taxi also gives an exquisite performance on this track because of her soft-spoken demeanor and her ability to use her voice to subtly weave the song together. Even though the guitar may be the heart of this song, the vocals are the glue that help the whole thing come together beautifully. However, for a song that borrows a lot from R&B, the vocal is not necessarily a belter that you’d expect from the best of R&B. It doesn’t take away from the track in any way though. This song’s lyrics seem to aim for a feeling of intimacy, and the soft tone of her voice really help to bring those feelings across.

The song does have a few subtle inflections that don’t work in its favor. One part of it comes from the production, which was through I.D. Labs in Pittsburgh, who have hosted acts like Mac Miller and Wiz Khalifa. I do see a strong correlation between those artists’ sounds and this song. Some of those production techniques come together a bit clunkily.

For example, the drums in this mix seem a bit too polished for my liking. With a song that is centered around love and intimacy, the drums’ electronic sheen does seem to be a bit distracting from the rest of the track. For a lot of these slow-jam style tracks, it does make sense logistically to have a processed drum sound so that it doesn’t take away from the feeling of the track. But the one thing that R&B that prides itself on is the emphasis on the groove, and when the groove is a bit too precise, it can be a bit detrimental to the overall sound of the record. While the guitar more than makes up for maintaining the groove, this song could have been even more amazing if the drums were a bit more organic in the mix.

All things considered, there is a lot of potential for Water Taxi because of their unique sound. The world will never run out of fantastic slow-jams, but Water Taxi have come out with a sensual vocal and an unforgettable guitar part. This is a band that you should keep your ear close to the ground for. I can see these guys going big places in the future.