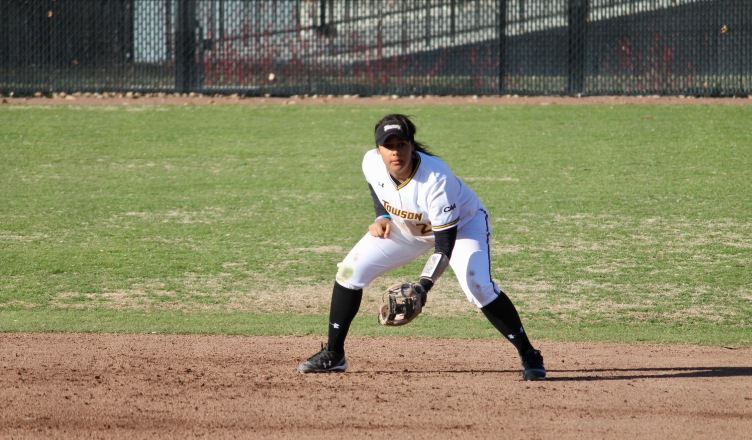 You win some, you lose some.

The game got off to a slow start as both teams struggled to get on the board. Dejter opened the game hot as she struck out Hofstra’s first seven batters.

After five scoreless innings, Hofstra took a 3-0 lead after a home run to left field that earned three runs.

At the bottom of the sixth, Miko hit a two-run home run to score Wilson. This gave the Tigers their first and only points of the day.

However, Hofstra followed up with a sacrifice fly in the seventh to seal the win.

Friday, the two teams split the series’ opening doubleheader. In game one, Towson took a close victory of 4-3 before being falling to Hofstra 12-0 in game two.

In the first game of the doubleheader, Hofstra took an early 2-0 lead at the top of the first inning after two RBIs.

After two scoreless innings, the Tigers tied the score in the fourth with a home run from Miko that also scored Edwards.

That RBI made Miko the all-time CAA career leader in RBIs with 183.

Stracher followed with an RBI double that also scored junior utility Nicole Stockinger to give Towson a 4-2 lead.

Later in the the game, Hofstra tried to rally with an RBI single to center field to cut into Towson’s lead, but could not mount a comeback.

Dejter pitched her 20th complete game of the season and tied Towson’s single-season record with her 22nd victory.

This game also marked Towson’s 40th win of 2018, a vast improvement as the team only won 23 games last season.

In game two of the doubleheader, Hofstra took at 2-0 lead over Towson at the top of the second inning and never looked back.

In the bottom of the fourth inning, the Tigers loaded the bases with one out, but could not capitalize.

The Pride extended their lead in the top of sixth inning after seven consecutive hits, giving them a commanding 12-0 advantage.

Despite hits by Miko, Stockinger and Stratcher, the Tigers were unable to plate any runs.

Towson and Hofstra will meet again Wednesday afternoon in the opening round of the double-elimination CAA Softball Championship, hosted at James Madison’s Veterans Memorial Park in Harrisonburg, Virginia.