There are 42 days until Inauguration Day; until the turmoil of the Trump administration comes to an end. The election results have been upheld by courts in battleground states. The Trump administration continues to pursue litigation questioning the accuracy of the outcome and putting forward claims of widespread election fraud. Fortunately, the merit of these claims has been disproven. In January, Trump will be out of office and President-elect Joe Biden will become president.

There is still a battleground for Democrats to solidify their victory for the 2020 election. The Georgia Senate runoff can change the next four years for the better. Georgia, for the first time in years, was won by a Democratic candidate after Biden secured the state. The traditionally red state had an outpouring of Democratic voters tired of the way in which an abhorrent administration ran the country and helped give the election to Biden.

If the Democrats win the vote in the Senate, it can shift the balance of power in their direction. Democrats still hold power in the House of Representatives and now their candidate is set to be sworn into the White House. If all three branches of government are controlled by Democrats we could potentially see all the policies enacted by the Trump administration overturned. For me, this would mean a return to a form of government which re-aimed its intentionality towards those who have been neglected during the past four years.

It could mean the decriminalization of marijuana , especially given the recent bill proposed by the House of Representatives seeking to do just that. It could mean a government capable of passing stimulus relief to those struggling in the midst of the COVID-19 pandemic and it could mean a return to America’s role as the exemplary model for democracy on the world stage, particularly as we see a reversion towards more autocratic systems of government (i.e., China, Belarus, Russia and many others). Furthermore, I believe it demonstrates the power of the people, in the face of strongmen, seeking to eradicate human rights.

It is for these reasons the upcoming runoff election is crucial for the future of this country. If Republicans win control, the Senate will be left in the maleficent hands of Senate Majority Leader Mitch McConnell who has proven himself to be incompetent as the representative for everyday citizens.

I ask voters in Georgia to once again step up and save this country from a political agenda seeking to eradicate our values as a nation. This is a fight we must win if we want to genuinely see a shift in this nation after four years of scientific, education, socio-economic, and racial neglect.
We need a Democrat majority in the Senate to see the America we were taught about in school. An America which stands at the forefront of justice; not one that hides behind a charade of unsubstantial big-talk. We are so close to seeing this nation return to what we were during the Obama years; a nation to be respected, not mocked. A nation to be revered the way in which have historically been; a nation standing behind the reigns of justice not trampling upon them. 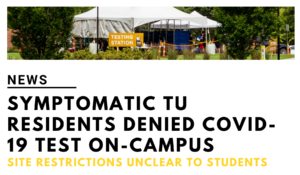