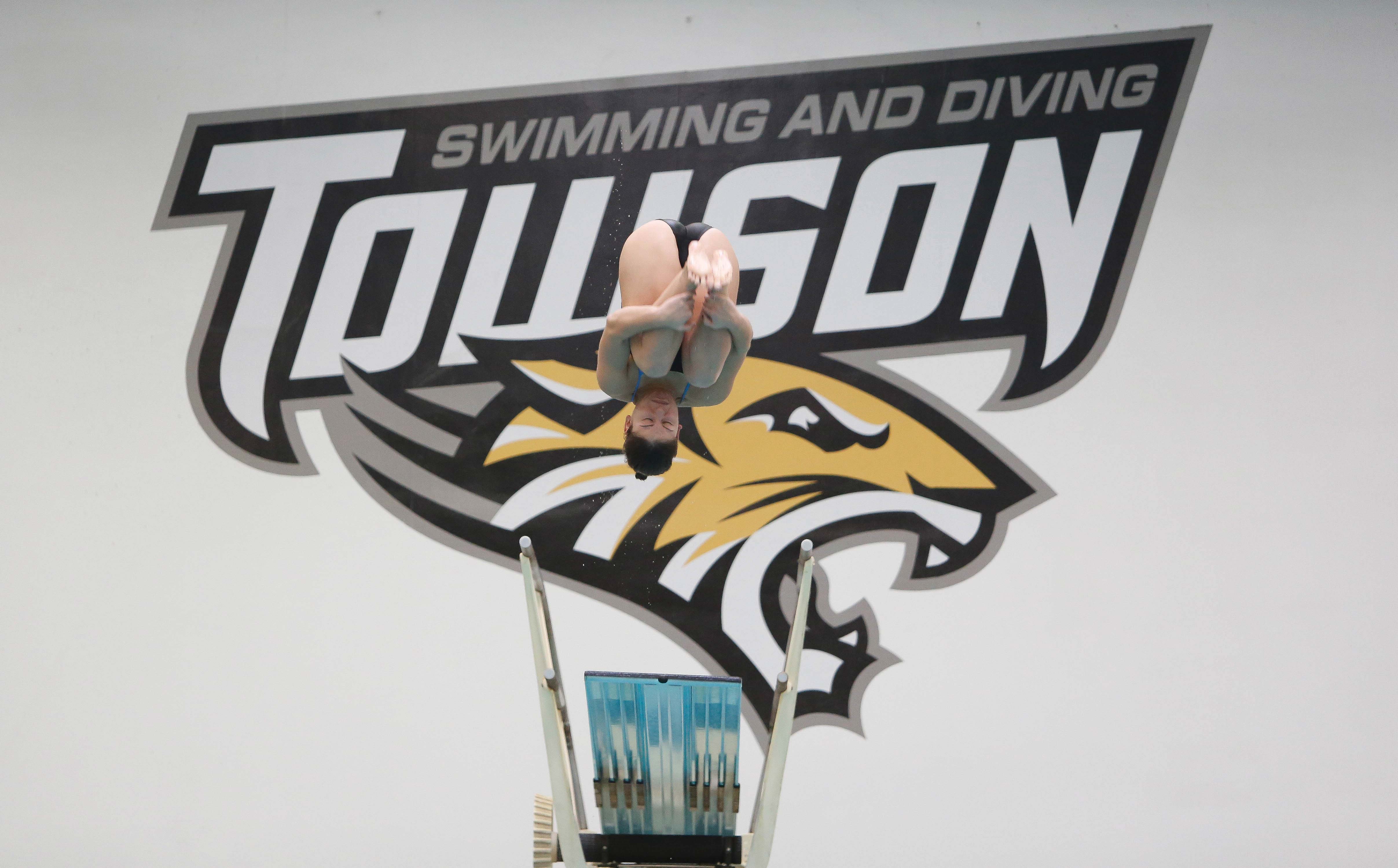 The Towson men’s swimming and diving team earned a victory this weekend over George Mason, while the women’s team finished second to Colonial Athletic Association (CAA) rival Northeastern in a tri-meet.

“It was awesome seeing our teams respond on Saturday by not getting discouraged and slowly chipping away at the leads that those other teams had accumulated,” Head Coach Jake Shrum said.

On the men’s side, Towson could only muster one victory on the first day of competition but had eight top-three finishers.

The Tigers trailed the Patriots 68-41 through the first 12 events, but bounced back on day two of the meet by earning nine first-place finishes.

Towson took the top two spots in the 200-yard freestyle as senior Brandon Ress won the event with a time of 1:41.95, followed by sophomore Will Dougherty in 1:42.96.

The 200-yard medley relay team of Breschi, O’Leary, Saunderson and Essing combined for a time of 1:32.85 to win the event.

The Tigers earned a 177-174 victory thanks to their 10 event victories and 26 top-three performances.

On the women’s side, Towson earned two event victories and eight top-three finishes.

“We’ve relied on a few other people quite heavily,” Shrum said. “Kendall Krumenacker, Jacy Icard, and the divers on the girls side.”

Towson put on an impressive performance in the 1650-yard freestyle, sweeping the top three spots.

Junior Kendall Krumenacker won the 200-yard individual medley, with a time of 2:07.00.

The Tigers entered the second day leading the Patriots 69-41 and trailing Northeastern 62-48.

Sophomore Victoria Zozzaro won on the one-meter diving boards with 237.75 points, junior Jacy Icard touched the wall in 56.44 to win the 100-yard backstroke, and junior Corie won the 400-yard individual medley in 4:29.72.

The Tigers finished the meet with a win in the 400-yard freestyle relay. Freshman Annemarie Schnoor, Manthe, Toy and Krumenacker combined for a first-place time of 3:30.69.

Towson will take a month off before returning to competition at the Bucknell Invitational. The three-day meet begins Dec. 2 at Kinney Natatorium.