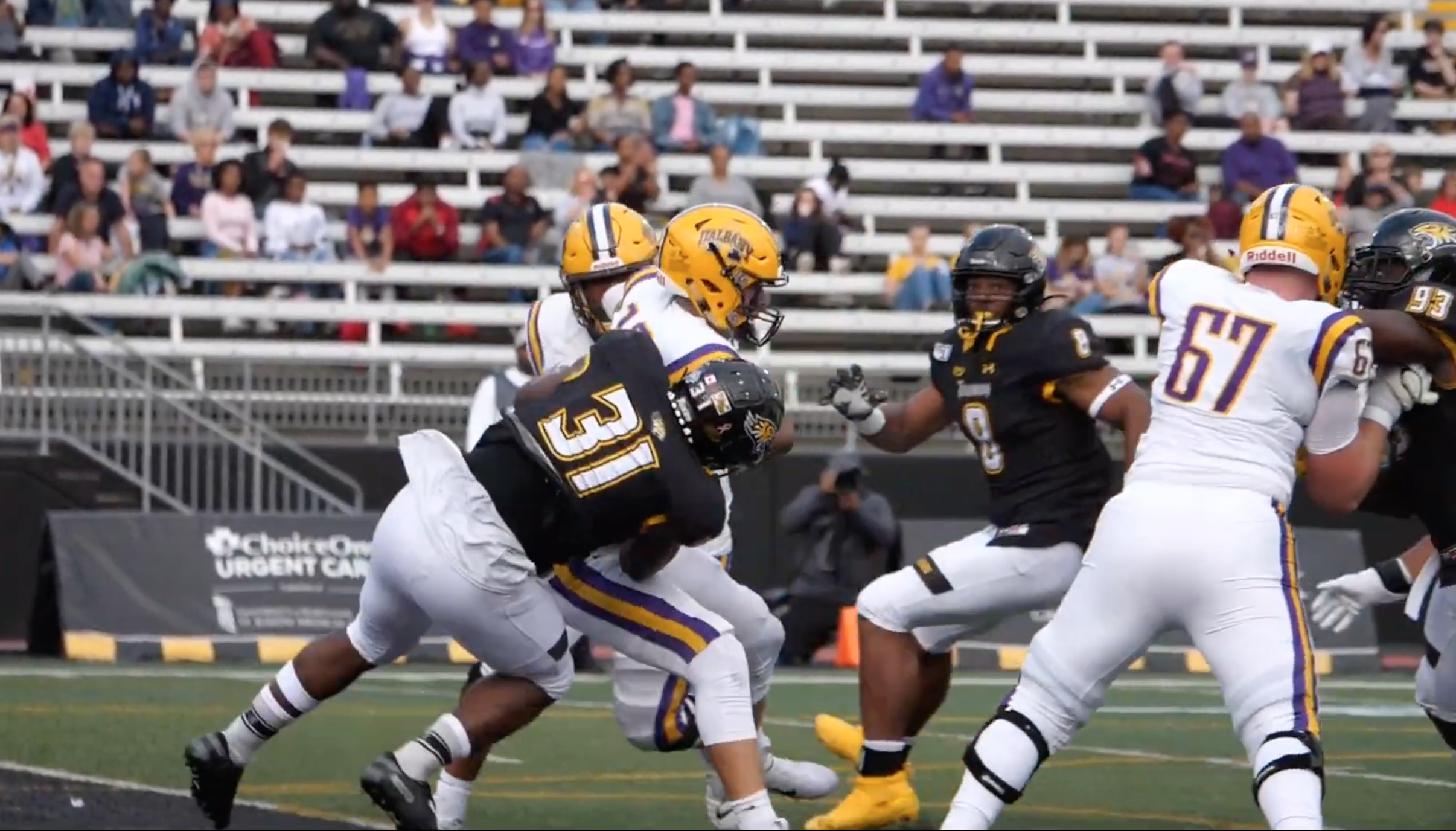 Towson football has sent a second Tiger to the pros in linebacker Malik Tyne. Tyne was drafted in the third round of the 2020 CFL Draft by the Edmonton Eskimos as their 24th overall selection. He is now the first TU player to ever have been drafted into the CFL.

Tyne took to Twitter to show his appreciation towards Towson

“Infinite thanks to Towson, @Coach_Ambrose, my teammates, coaches, the academic staff, athletic trainers and friends that have helped me on the way,” Tyne tweeted. “Forever a Tiger.”

“So excited for this guy!” Bauer tweeted. “A testament to all the hard work @Malikwashere put in over the years. Loved seeing your progression as a player and a young man the last couple years @Towson_FB. Excited to watch your success in the @CFL. #ProTigers #TigerTakeover”

Last season, Tyne finished tied for third in the FCS with three fumble recoveries. He finished his collegiate career with 75 tackles including 21.5 for loss. He played in each of Towson’s last 24 games.

Tyne is from Ontario, Canada, which is what gives him eligibility to be drafted in the CFL. To be drafted, players must either be a Canadian citizen or must have spent five years as a resident of Canada before turning 18-years-old. Players who fulfill these requirements remain eligible regardless if they choose to play college football at an American university. Nonetheless, most of the draft picks play college football in Canada.

A few former Tigers have played in the CFL, including defensive end Frank Beltre who most recently played for the Toronto Argonauts in 2019. He won the 2014 Grey Cup which is the CFL’s equivalent of the Super Bowl. Current Towson athletics Chief Development Officer Dan Crowley also spent time in the CFL. Crowley, a  former Towson quarterback, was the first starting quarterback in Ottawa Renegades history.

Tyne joins an Eskimos franchise that reached the East Finals in 2019 with an 8-10 record. Edmonton has reached the playoffs in four of the last five seasons including a Grey Cup victory in 2015.