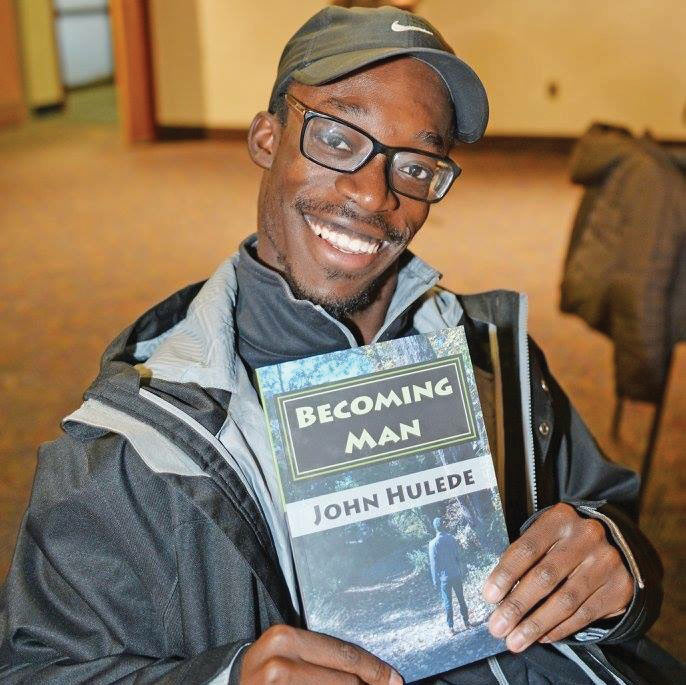 “I just thought ‘what would be the next step to getting my poetry out there?’” Hulede said. “I have several social media accounts for my poetry and thought the best way to show people I am serious about poetry is to make a book.”

Hulede’s poetry book, “Becoming Man,” tells the story of journey into manhood by taking the reader through 21 stories. The main themes are family, racism, stereotypes, religion and love.

He learned about Amazon’s CreateSpace and went through the process of publishing his own work. Hulede wrote seven new poems for the book and worked with an editor, Damian Elson, from the writing center to make sure everything was perfect.

The hardest poem for Hulede to write was one titled “My Honest Poem,” because it was so personal, he said.

Hulede never imagined that he would enjoy writing poetry. His high school English teacher encouraged him to take a poetry class, and he did not give in until the last semester of his senior year.

“I had an opening and decided to take it,” Hulede said. “I also decided to take it because I needed a way to express myself, I was really, really private and rarely talked about what I was thinking because I thought a lot of people would not understand where I was coming from.”

He started by writing poems about love, but then moved to more serious subjects like the ones featured in “Becoming Man.”

Some of his favorite poets that inspired his work are Rudy Francisco and FreeQuency.

FreeQuency’s book, “Becoming//Black,” is about her experience as a black immigrant in America, and is also what inspired the name for Hulede’s book.

Now that his first book is published, Hulede is selling them for eight dollars. His goal is to sell 100, and he is more then half way there with 55 copies sold, at time of writing.

“I want people who buy my book to relate to my poems,” Hulede said. “Even though it’s personal and mainly about me, it is still very general and other people can relate and enjoy the book. It might make them think.”