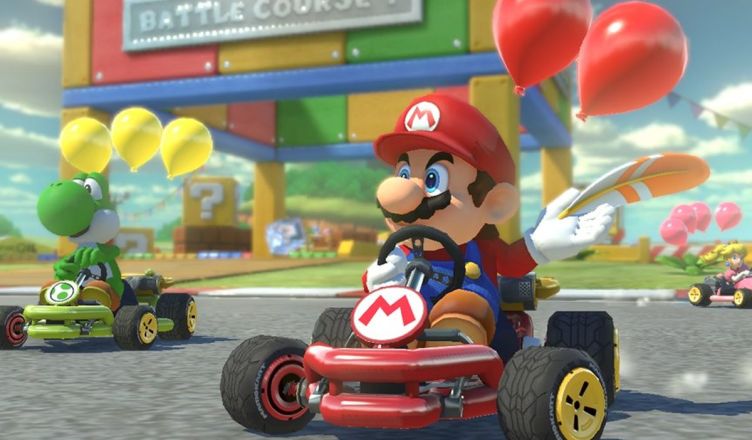 Weekends at TU held its second annual video game tournament of the school year Friday. The star of the event was none other than Nintendo’s Mario Kart.

The game night, titled “Mario Kart Klassic II,” which was held at Paws in Towson’s Student Union, allowed students to stop by and participate in a range of games. There were classic group-games available for students, such as Scrabble and Jenga, to games geared towards duos, like Connect Four and Ping Pong. Despite the variety of games available, the main attraction of the event was the open invitation to sit down and participate in the Mario Kart tournament with other students who cared to take the wheel.

The game seemed to attract the attention of many students attending the game night, with bodies being fixated on what game each individual delved into, while gazes never failed to return to the kart-racing scenes. By the end of the event, handshakes were exchanged between Towson students, in addition to phone numbers.

TU freshman Myriah Robbins expressed how the game night led to her making new friends, which was made easier given Mario Kart’s simple appeal yet competitive nature.

“I lost a match with my friend and didn’t talk to them for an hour” Robbins said.

Despite Robbins’ loss, she still considered herself to be good at the game. She continuously held up a good race throughout the game play and had plenty of tips to share.

“When you get the mushroom, use it to boost through the grass,” Robbins said.

She noted its usefulness when trying to cut corners during the final lap.

Weekends at TU hosts numerous on-campus events throughout each semester in order to provide students with entertainment. Their events range from large activities, such as concerts and campus trips to smaller and more intimate gatherings, like stand-up shows and game nights like Friday’s Mario Kart night. Their next Mario Kart tournament is set for Sept. 21.