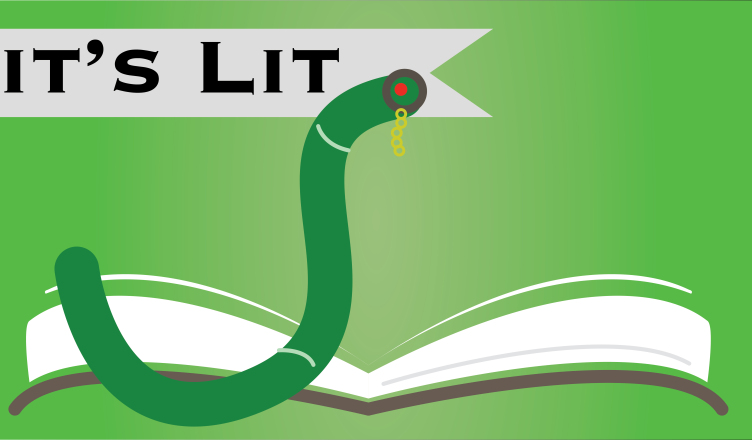 Going into this book, I wasn’t quite sure what to expect. Usually, I choose the books I review based on my own interests and what I think will interest a majority of the university population. This time, an advanced reader copy was sent to the Towerlight office for review. I was apprehensive.

“Blue Field” follows the story of a woman, Marilyn, who takes up scuba diving as a hobby, marries her instructor and goes on dives with him and her best friend. Marilyn pushes herself to keep up with her far more experienced husband, Rand, endangering herself and earning the decree that she is no longer allowed to go diving.

Rand and Marilyn’s best friend, Jane, continue to dive. One day, Jane dies during a diving excursion. To honor her, Marilyn takes the hobby up again, for better or worse.

The story feels less like a dive into Marilyn’s complex relationships with her husband and friend and more like being drowned in her inner turmoil. Both her parents are dead at present, and, while it’s never made clear (at least, not to me) why, she is forever mentioning them and thinking about them.

Her best friend seems kind of terrible as a human being, to be honest, and everyone in the novel treats Marilyn horribly—ignoring her, bullying her, patronizing her—and she seems slightly deranged simply in her reactions: she doesn’t stand up for herself but doesn’t disregard the slight, either. Instead, she reacts by trying to get back at them by doing things just to spite them. She just seems incapable of responding in a healthy way.

We never get the sense that she’s eating right, or making healthy decisions, or breathing normally, or thinking about anything but her parents or husband or best friend or best friend’s demented older sister. Seriously, that girl has some issues.

I just couldn’t get a sense of what Levine was trying to do with this story—was it a story about diving, about friendship, love, and loss, about guilt, about near-death experiences, or what? There were so many plotlines that felt half-baked and never really went anywhere.

This book’s saving grace was simultaneously its downfall: the writing was beautiful at times, but other times, it was detrimental to the plot. I loved the prose (when I could understand what was happening), but I feel like the excessive figurative language and flowery composition got in the way of my comprehension.

I wonder how much more I would’ve liked this book if the writing was toned down a bit. I feel like I would’ve understood more, would’ve sympathized more with the character, and would’ve felt more attached to what was going on. The whole thing felt dreamlike and distant—I’m almost positive this is intentional, because we don’t get Marilyn’s name until 34 pages in, and none of the dialogue is in quotations, which generally gives the entire story a more detached feeling—but I wish it hadn’t been so distanced.

All in all, this book deserves three stars because it was partly beautifully written and kept my attention, but the main character was forgettable and felt so unrealistic. The plot was, quite frankly, disappointing. Levine’s prose is mostly wonderful, except when it’s not, and I’m curious to see what else she does, but I was not too impressed by this. All in all, I’d say this one is not a must-read.