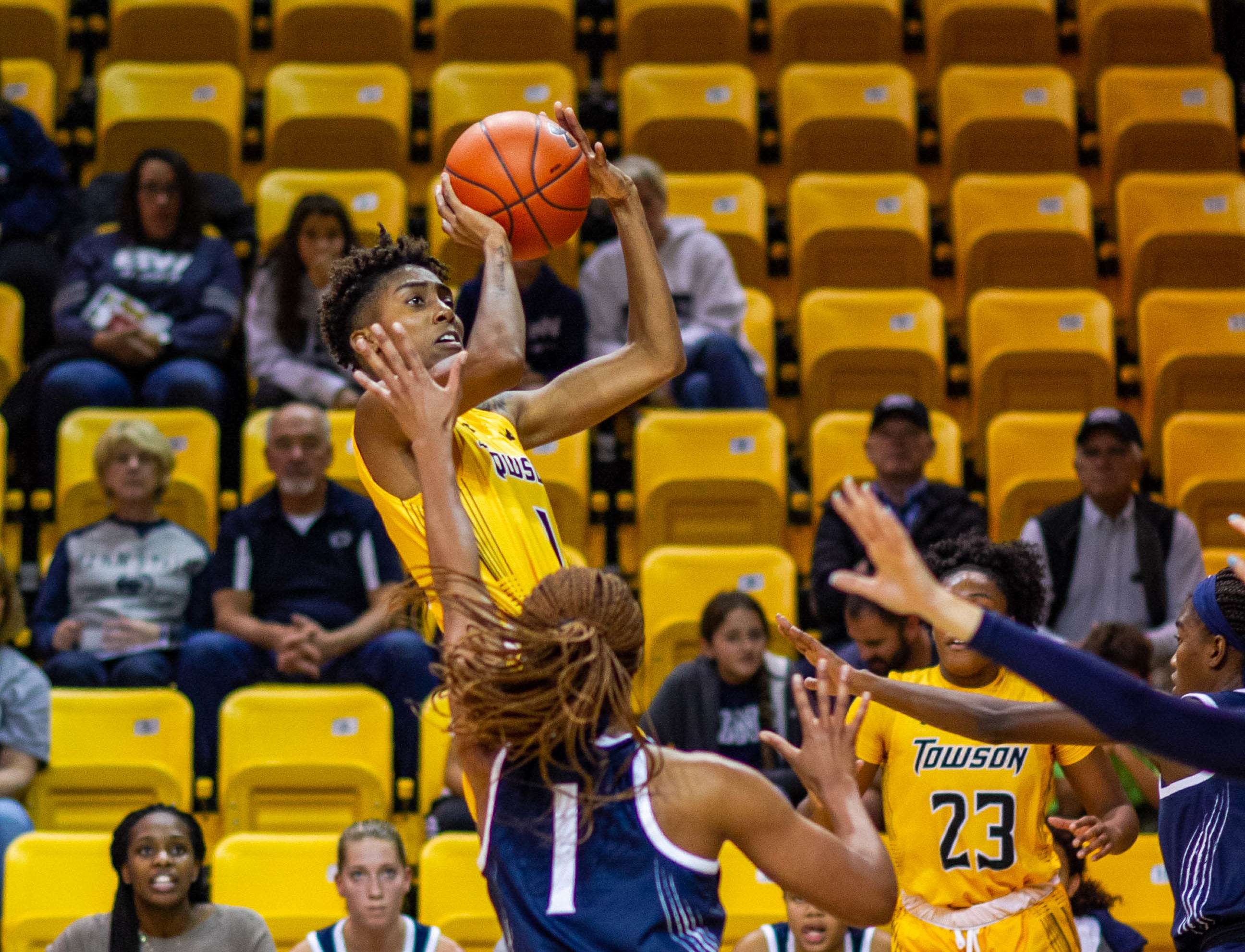 “We bounced back,” Richardson said. “We were down at half and we fought our way through. So, I like that.”

The Tigers built their lead in the second half with hot shooting, outscoring the Gaels (1-5, 0-0 MAAC) 44-21 shooting 57.6% from the field. After Iona cut the lead to 55-47 after a pair of free throws, Mayo responded by knocking down a 3-pointer to bring the deficit back to 11-points. Jeter than took over in the final frame with 12 points, five steals, and three assists. Jeter’s performance in Towson’s final game of the tournament was a confidence booster for her going forward.

“It felt great,” Jeter said. “I knew my team needed me just to play better than I was playing. I got my head right, my mind together.”

Jeter admitted that Friday was therapeutic for her after dealing with some personal issues. The call to action really came from assistant coach E.C. Hill who implored Jeter to step up and lead the team like the coaching staff knew she could.

“Today was just one of those days where I knew I had to step up.” Jeter said.

The first game of the tournament was against Iowa from the Big Ten, which Towson ended up losing 100-72.  The Tigers were led by Mayo and her 22 points and five rebounds, Jones contributed 14 points, and Jeter scored 12 points.

“[Mayo] played like a pro today,” Richardson said. “I’m glad she got that.”

The closest the Tigers got after a competitive first quarter was six points after Mayo knocked down a 3-pointer for her 1000th point with nearly six and a half minutes left in the third quarter. Senior guard Ryan Holder nailed a pair of free throws to make the score 48-42.

“I was just excited,” Mayo said. “Once I hit the three I was just like “Oh! It was just great.”

Towson outlasted the American University Eagles, 63-60, for their second consecutive victory of the season before moving on to the Puerto Rico Classic later this week.

“It was a hard-fought win,” head coach Diane Richardson said. “American came back at us hard and we were poised with our defense and turned them over a lot in the third quarter. That enabled us to be able to pull the game out.”

Towson’s 3-point shooting is improving game-by-game, they hit 36.8% which is a season-high. The Tigers defense has also gotten a lot of production, holding the Eagles (2-3) to 40% shooting, and forced 20 turnovers, scoring 16 points off those turnovers.

Towson continues to trend upwards as they continue to ride the blue-collar play of Jones. In her second start of the season, the sophomore guard continues to play a hard-nosed style of basketball that the program hopes symbolize their identity according to coach Richardson.

“I feel like I’m more of a key player now,” Jones said. “I have more confidence to help [the] team.”

American was off to a hot start from long range, 4-for-6 from beyond the arc, that helped build a 21-12 lead going into the second quarter. The Tigers didn’t falter despite the Eagles sharpshooting, instead, they outscored the Eagles 51-19 in the final three quarters.

“Another one of those quarters, first quarter 21-12,” Richardson said. “We need to be scoring more than 12 points in a quarter, but again we were poised and came back out and took the game back a little bit.”

Jeter took over in third quarter scoring all 16 of her points in less than ten minutes. Twelve of her points came from three-point range. Mayo contributed five points and five rebounds in the quarter and helped Towson outscore American 25-10 in the third.

“I think that’s part of our identity,” Murray said. “Just not giving up, having that dog mentality. Having heart.”

That dominating run including what might quite possibly have been Jeters’ most dominant quarter at Towson. The redshirt junior guard struggled for much of the first half going 0-for-6 from the field, but in the third quarter, her stroke returned. None more enthralling than the stepback she hit over the outstretched arms of junior guard Indeya Sanders who finished with seven points, nine rebounds, seven assists.

The double-digit lead didn’t last, however. The Eagles methodically came back, cutting the Tigers lead to 59-58 after sophomore forward Taylor Brown scored on a cutting layup. Mayo assisted on a Jones dagger 3-pointer that gave Towson a four-point lead with less than a minute left. With six seconds left American made a layup, but graduate senior guard Myka Johnson-Matthews then secured the victory at the line, splitting the final free throws of the game.

The Tigers return home to SECU Arena on Wednesday, Dec. 4 against Temple. Tipoff is scheduled for 11 a.m. 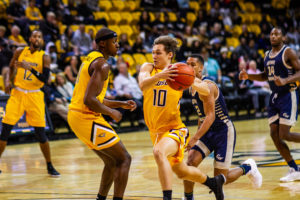 Previous post Tigers pick up a win at Charleston Series