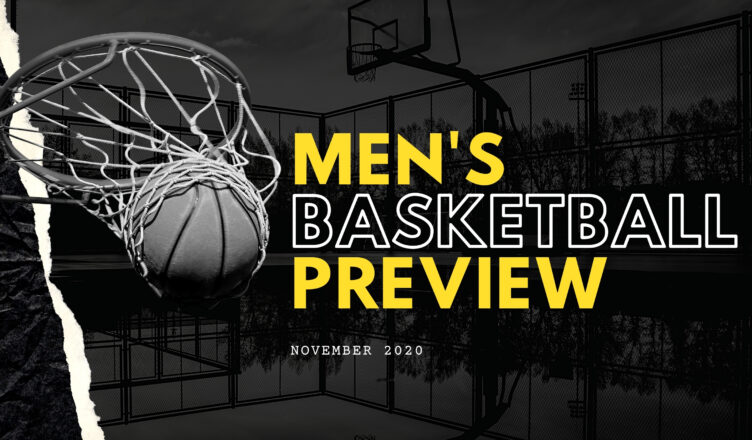 The Colonial Athletic Association (CAA) announced an 18-game regular season that will only consist of conference games. Some CAA teams do have non-conference games scheduled, but TU does not.

The schedule will require teams to play the same opponent in the same venue on back to back day. Each team has a designated travel partner, for Towson, it’s James Madison University. When the Tigers play the Dukes the series will be divided so each team gets a home game and a day off in between games. After a series concludes each team gets at least five days off before their next game.

According to Head Coach Pat Skerry, there are various safety protocols that were implemented. The protocols include testing three times a week and each player using their own basketball that is cleaned after use. They also have to wear masks and the trainer’s schedule for treatment has been adjusted.

To redshirt sophomore guard Nicolas Timberlake and sophomore forward Charles Thompson, the new schedule has reminded them of their past experiences while presenting different challenges for the season.

“[The biggest challenge will be] durability and availability because back to back games that reminds me of AAU (Amatuer Athletic Union) style, but instead of playing against high school kids you’re playing D1 kids,” Thompson said. “It’s going to be a grind but I think we’ll be ready for it.”

While Thompson was focused on the player’s durability, Timberlake pointed out the effect it could have on strategy and game plan.

“The games are going to be much more intense because we’re going to know each other’s game a lot more than we normally would,” Timberlake said. “We have a whole week to scout for Charleston, that whole week is going to be dedicated to Charleston so that will be interesting to see what happens.”

Timberlake was the 2019-20 CAA Sixth Man of the Year. He averaged 6.1 points and 3.5 rebounds. Thompson averaged 3.2 points and 3.7 rebounds per game last season. His 17 rebounds against Bryn Athyn were both a career-high and the ninth most in a single game in program history.

One of the most significant changes on the roster is the return of redshirt senior guard Zane Martin. He played for the Tigers from 2016-2018 then transferred to New Mexico from 2018-2020 before announcing his return earlier this year. Martin was a Second-Team All-CAA selection in 2018 averaging 19.8 points and 2.7 assists.  He averaged 10.1 points and 3.1 assists with the Lobos last season.

According to Martin, he looks forward to the moment he gets to wear black and gold.

“It’s going to be fun, it’s crazy that I came back,” Martin said. “I’m going to be happy to put the jersey on again, it’s something I always wanted to do again so I can’t wait.”

The CAA has not announced whether fans will be allowed to attend games, but it’s likely if they are it will be at a reduced capacity.

Last season the Tigers finished 19-13 and lost in the first round of the CAA tournament to Northeastern. Even though their season didn’t come to an abrupt end because of the pandemic, they are ready to play again and it’s a moment that Thompson won’t take for granted.

“It means the world to me, the pandemic really showed me how blessed we truly are since some sports didn’t make it,” Thompson said.