Today Americans will go to the polls to vote on all 435 U.S. House seats, 35 U.S. Senate seats, 36 governorships and numerous positions in state legislatures across the country.  In addition to these legislative positions, Americans will also participate in a symbolic referendum on President Donald Trump’s leadership.  While it is true that the president himself will not be on the ballot, a full rebuke of his vitriolic leadership could result in major Democratic gains in the House, potential gains in the Senate (though less likely) and significant shifts in the political dynamics of state legislatures.

A number of major political races across the nation have dominated news headlines: Beto O’Rourke’s Senate surge in Texas against the incumbent Ted Cruz; Stacey Abrams’s momentum in her Georgia gubernatorial battle with notable vote suppressor Brian Kemp (Georgia’s Secretary of State); Andrew Gillum’s push for the Florida governorship against the embattled Ron Desantis; and many others.

But it is likely that the majority of those reading this particular column, who are presumably Maryland residents, will not be given the chance to impact those races aforementioned.

Rather, we will have the opportunity to maintain a Democratically-controlled state legislature, send Democrats to Washington to represent Marylanders in the House, re-elect Democratic Senator Ben Cardin, and perhaps most significantly, elect Mr. Ben Jealous – a civil rights champion and stalwart for education – to the Maryland governor’s mansion. Maryland voters will also have an opportunity to decide whether two key initiatives will help bolster education spending and voting accessibility in future.

Maryland is the wealthiest state in the union and has long enjoyed a high-performing education system.  And this year, the “lockbox initiative,” which centers on allocating all casino revenues toward education funds, could provide significant benefits for Maryland’s schools.

Current Governor Larry Hogan has wasted no time taking credit for the lockbox, as he has used it to boast of his commitment to education in the state.  While it is true that Hogan was in favor of creating a statute that would aim to funnel casino money into Maryland’s schools, the Democratically-controlled state legislature is actually responsible for the initiative on the ballot.  The legislature’s initiative, rather than temporarily protecting education funding via statute, seeks to amend the Maryland constitution in order to more permanently establish secure education funds.

In addition to boosting and securing education funds, Marylanders will also have the chance to make the most fundamental of democratic rights – voting – a more accessible reality for citizens within the state.  The second referendum question on the ballot questions whether those who are not registered to vote should have the opportunity to register on the same day as Election Day.

It is worth noting that the effort to allow same-day registration is led by the Democratic legislature and has not received the governor’s endorsement.  Amid an increasingly divisive national conversation regarding voter suppression, Maryland has the opportunity to serve as a leader with regard to voting accessibility through this crucial referendum.

It is difficult to overstate the overall importance of this election. Republicans have enjoyed control of each branch of the U.S. government for the past two years and have injected a relatively unprecedented level of toxicity into our politics.  But the beauty of midterm elections is that voters have the opportunity to act as a check on reckless leadership.  What’s more, voters in Maryland also have the chance to elect representatives and vote on initiatives that, despite federal government impotence, will spell great gains for the state.

For those who still have questions regarding their ballots or races specific to their districts, I implore you to visit votesaveamerica.com to better roadmap your Election Day choices. 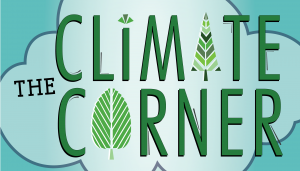