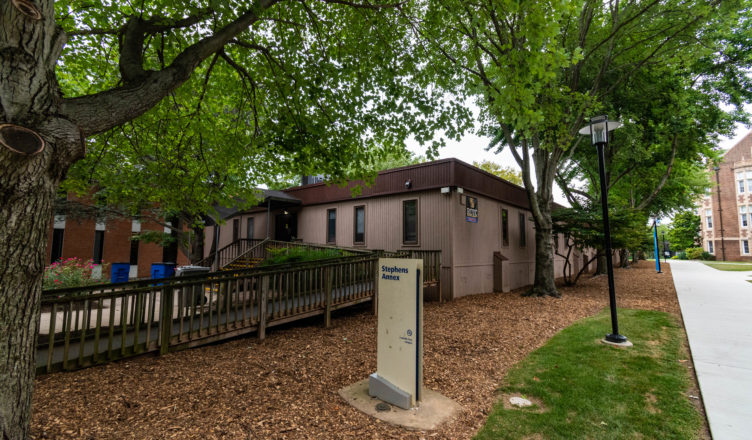 During the first week of this semester, faculty in Stephen’s Annex were suddenly moved out of their offices and relocated throughout campus due to reports of a non-toxic mold and the end of the building’s history.

Communication studies lecturer Lisa Turowski was one of the faculty members who was involved in the recent move out of Stephens Annex after having her office there for approximately 20 years and said the air felt heavy in the building.

“We’ve been complaining of mold issues for years,” she said. “I did have white mold growing on my fabric chairs, and black mold spots cropping up on my curtain. I threw out several fabric tote bags because they too were streaked with mold.”

According to Sean Welsh, the University’s Associate Vice President of Communications and Media Relations, proactive air quality checks have been conducted by TU Environmental Health and Safety at the Annex because of the recent weather increase in humidity due to heat and rain. This then led to the university’s decision to move all offices and programs out of the Annex.

“The Master Plan calls for the end of use for Stephens Annex in the near future,” said Welsh. “We are expediting that process.”

TU Mass communication professor Elia Powers, who used to have his office in Stephens Annex before deciding to move into Van Bokkelen in January, agreed that the building’s air quality was not up to par.

“I think anybody that walked into the building could certainly tell that it was musty,” said Powers. “There wasn’t a lot of air circulating through it,” he said. “It didn’t have the sort of smell and ambiance of a typical office. One of the reasons that I left was that I wanted to be in an office that was in a typical building.”

According to Welsh, faculty who had offices in Stephens Annex have been moved to Stephens Hall, Cook Library, the 7800 Building, or the trailers by the Towsontown Garage.

“I’m in 10 West, across the street on Burke Avenue,” said Turowski. “[It is] definitely less convenient for students to find me, but it is what it is, and we’ll make it work.”

The Annex was originally supposed to be a temporary structure when it was built on campus in the 60s and 70s because a new administration building was under construction at the time. It originally held the Women’s Center Board, an on-campus organization that sought to educate students and faculty members about the Women’s Liberation Movement. Faculty moving out of the Annex can now get proper offices that serve the purpose they are supposed to.

“I’m glad that the faculty that are in there are going to be getting a more appropriate workplace,” Powers said. “I think it’s fair to describe Stephen’s Annex as kind of out booting it’s intended use. It certainly wasn’t the most pleasant place to have an office, you know, it definitely had a smell to it. It was just an older building that wasn’t really meant to have faculty offices for as long as it did.”

The departments of communication studies, mass communication and electronic media and film (EMF) were most of the faculty offices housed in Stephens Annex. Now with offices spread throughout campus, the future of the departments’ locations is not completely clear yet.

Turowski believes “ideally, Communication Studies, Mass Communication, and EMF would be together in one building somewhere.”

This may one day be a reality if the departments end up moving into Smith Hall after it is renovated.

“I think the plan is, the University wants everyone in the same building,” Powers said. “It would be nice to have everybody all together, certainly makes it easier that we can all serendipitously say hi to each other and students know where we all are.”

According to Welsh, the exact figures for the cost of removing the Annex remains to be determined.

“We’ll be removing the Stephens Annex, and we are considering how that will open up space for other student-oriented projects in the area,” said Welsh.