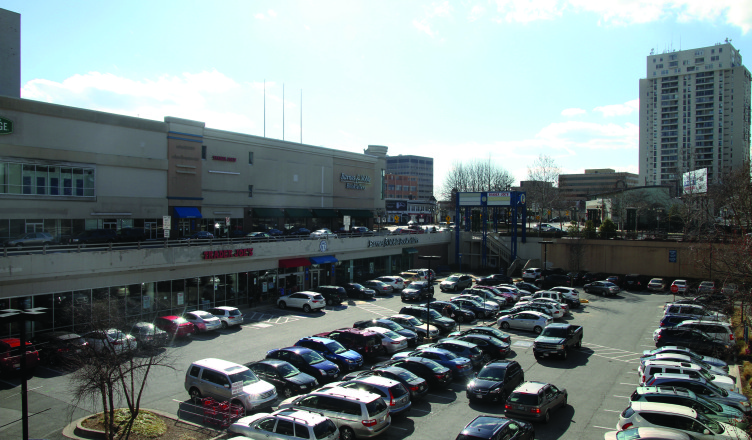 Parking passes will also become substantially more expensive for the next three years, to pay for cost of constructing new parking lots.

“We’re hopeful that students will be patient and understanding,” Director of Parking & Transportation Services Pam Mooney said. “We’re going to do our best to keep costs low, but it’s hard to make promises.”

Currently, a one-year commuter parking pass costs $340 for undergraduate students. Under the new plan, which is set to kick-off June 1, the cost will increase by nearly 75 percent.

“So a new commuter pass will be $589 once construction start,” Mooney said. “But when construction finishes, and we have these thousands of new spots, students should see costs drop sharply.”

In an official announcement on the third floor of the Towsontown Garage, University officials, flanked by commuter students, unveiled designs for parking structures that should be open by the Spring 2018 semester.

“You’re going to see much more parking on this campus soon,” President Kim Schatzel said. “It’s all part of our placemaking strategy to make Towson University a more appealing place to learn and work.”

Construction will take place in three phases, according to current plans. During Phase I, the following buildings or structures on campus will be demolished or flattened to make room for new parking lots:

Phase I is projected to last for the entire summer.  Parkings lots should replace the demolished buildings by Aug. 16, 2017.

Towson residents are being advised to stay clear of campus if possible, because of possible debris from demolition. Stage II, set to begin Sept. 1, 2017, will include flattening more structures and a lot of paving and painting of parking lots.

During Stage II, all other structures, except for Enrollment Services, the Public Safety Building and the pavilion in the Glen Woods are set to be demolished and converted to parking lots.

Stage II also includes flattening the Glen Garage, the Towsontown Garage, the Union Garage and The West Village Garage to replace them with dedicated parking lots.

“While it may seem counterintuitive to replace parking garages with parking lots, it will actually save students a lot of time,” Mooney said. “So often, I hear complaints from students who waste 20 minutes driving around a garage looking for a spot and who get frustrated when even the top floor is filled.”

But, Mooney said, when all of campus is flat and covered in asphalt, students should be able to see a parking space in West Village as far away as where Stephens Hall is now.

Phase III, which may not be complete until June 2023, according to TU officials, will be the most complex — because there are so many parts, Schatzel said during the presentation.

During Phase III, the newly-renovated Residence and Burdick halls, along with the newly-constructed Science Building, will be torn down and replaced with parking lots. However, the structures cannot be torn down until they are constructed, and that depends on securing state funding.

“Annapolis wants to give us money for the science building,” Schatzel said. “But it can always be tricky. So it might take awhile for Phase III, but we’re all very excited by it.”

Provost Tim Chandler, who was also at the announcement, was quick to jump in and assuage any concerns about how Towson will continue to function as an academic institution when all its dorms, lecture halls and classrooms are replaced with parking lots.

“Students always ask professors to have class outside,” Chandler said. “When campus becomes a giant parking lot, every class will be held outside.”

Chief Financial Officer Joe Oster added that the costs of not maintaining classrooms should lead to a decrease in tuition and other fees.

“However, students should expect to see an auxiliary fee to go toward purchasing tarps and umbrellas for days when the weather would make it difficult to have class outside,” Oster said.

(So, at what point did you realize this was a joke? Happy April! We’re almost there, Tigers.)