Theaters have been full of box office crashing hit movies lately, and unfortunately, as college students that means we sometimes miss them.

With movie tickets costing almost $12.00 and snack prices increasing, spontaneously going out to the movies isn’t as easy as it used to be. There are a lot of big names out right now including the final addition to “The Hunger Games” franchise, a new James Bond film and “The Good Dinosaur,” which is expected to make viewers cry as much as “Inside Out” did.

The one movie that should not be forgotten this season is “Creed.” With little promotion done for the film, it is not one to miss.

“Creed” marks the return of two of the biggest names in boxing, Rocky Balboa and Apollo Creed, and creates a storyline that stands on its own while continuing on the legacy of the original Rocky franchise.

The movie is centered on the son of the late Apollo Creed, Adonis, who was born after his father’s death in “Rocky IV” and wishes to follow his father’s footsteps to the boxing ring. Creed believes that his aspirations will only come true with the assistance of the retired Balboa. The two form an unlikely bond, similar to the one Balboa had with his father.

Starring Michael B. Jordan as Adonis Creed and Sylvester Stallone reprising as his famous alter-ego, the movie has a lot to offer. Instead of simply repeating the same storyline with different characters and new locations, “Creed” is inspiring and creative.

When I first heard that there was another movie about Rocky, my first thought was how they were going to pull it off. Jordan is no novice to the action movie genre, but after his predicted jump to stardom with “Fantastic Four” was a sad and disappointing flop, he rose to the challenge and has officially made a name for himself.

Adonis Creed had the potential to be arrogant and annoying, but Jordan was able to bring the character to life and become relatable to almost everyone.

“Creed” is not just the seventh installment to the Rocky franchise, it’s a reinvention. It takes parts of the past Rocky films that everyone knows and loves and combines them with modern-day society and real-world issues. This was the result of Ryan Coogler taking over as writer and director for the movie instead of Stallone. “Creed” is only Coogler’s second feature film, meaning he has fresh ideas and newfound passion that hasn’t yet been clouded with the ideals of Hollywood.

Coogler’s creativity mixed with Jordan’s brilliant performance and Stallone’s persona created what I think is going to be one of the most talked-about movies of the year. If you don’t believe me, save a few bucks and go to the Towson Cinemark on Tuesdays where tickets are only $6.50 and check it out. I promise you won’t be disappointed, and the surprise ending will be well worth your money. 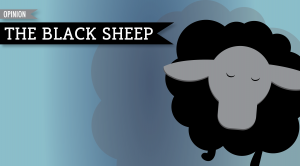 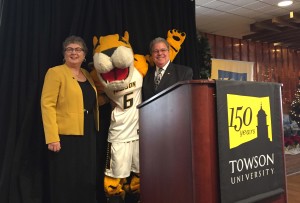