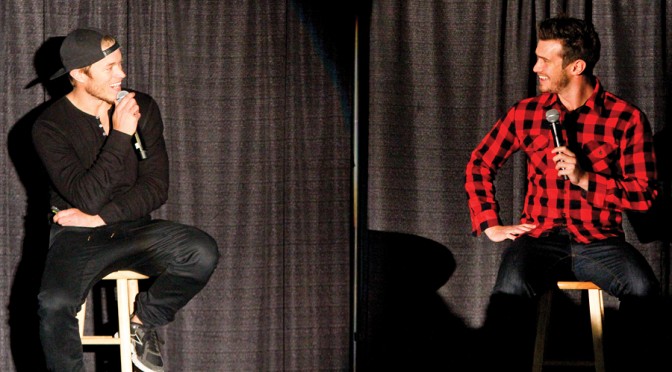 Canadian natives Duncan Penn and Dave Lingwood have struck up a monumental following in the U.S with their MTV series, “The Buried Life.” Along with co-stars Ben Nemtin and Jonnie Penn, the four friends set out to inspire the world through conquering an elaborate 100-item long bucket list, but not without taking a detour through Towon’s West Village Commons Ballroom last Thursday night.

Junior and Campus Activities Board event programmer Tiana Pluck was responsible for organizing the event and decided to bring The Buried Life members to Towson because of their charisma and natural love of life.

“I thought it would be so great to have an inspirational message on campus. Something with people who are young and popular. Something to show that we’re young but, we aren’t powerless,” Pluck said.

“The Buried Life” title, derived from a Matthew Arnold poem, is symbolic of the times where each cast member felt stuck or fed up with the hand life had dealt them. In an effort to change their life direction they created a bucket list, and while each person had plenty to add, they decided to narrow it down to 100 items.

“We had a meeting and if someone was really passionate about one of the personal goals then it made it on the list but, for the most part we just thought about amazing things we’d want to do. About 80 percent of the list items were collective but the other 20 percent were very specific to one person,” co-reality star Lingwood said.

Since taking this unconventional approach on life, “The Buried Life” cast has run into legal trouble, as some list items were more difficult to complete than others.

“One time Ben dressed up as a U.S postal worker and tried to deliver a package to Conan O’Brien. It was a snuggie with a note attached asking him if we could tell a joke on Late Night and he almost got a federal charge and kicked out of the country. But, he did get a lifetime ban from Universal Studios,” Lingwood said.

Relishing life and living every moment as if it was your last is only a part of the shows desired message. Throughout each episode, the four friends help another person with something on their bucket list.

“I think it’s just an incredible thing to be able to enter into someone’s life and in a very quick way and learn about their passions, their desires and whatever it might be that builds up to a goal they want to achieve,” Lingwood said. “To be able to hop in and dive in deep with them right away and have them be open enough with you to bring you into their biggest goal is a connective and incredible feeling.”

As Lingwood and Penn began to wind down their presentation, the importance of vocalizing and editing their bucket list became apparent.

“We often tell people who have bucket lists to tell everyone they can about it. People often come forward and help you and, they won’t do that if they don’t know what you’re trying to do,” Penn said. “The list is more symbolic of the things you want to do before you die. If you don’t want to do something anymore, take it off the list. Don’t do things for the sake of doing them. We’re always changing, the list evolves with us.”

The Buried life series was canceled in late 2010, but that hasn’t stopped the cast from actively trying to help people achieve their goals as well as write a book, “The Buried Life: What Do You Want to Do Before You Die?”

“With ‘The Buried Life’ as you know it, the MTV show, is done, we don’t want to try to do the same kind of things again. We’re getting more list item submissions than ever. We want to try to keep in touch with our community by helping them complete the things they want to get done,” Lingwood said.

Released in March 2012, the book quickly rose to No. 1 on the New York Times Bestseller list.

“Well it was one of the very first things on the list was to write a book. We wanted to involve our community. We picked seven of our favorite artists to illustrate tweets and Facebook posts that we’ve gotten from our fans. It was a big thing for us to collaborate with these artists,” Lingwood said.

The Buried Life cast has fulfilled some of their seemingly impossible desires by endlessly chasing what they want and they hope to inspire Towson students to do the same.

“Live every day to it’s fullest. Nothing is as serious as it seems,” Penn said. “Starting a bucket list can be intimidating but, you just need to start it. Take one step in that direction. It’ll start the moment. The trick is just to start it and write it down, then vocalize it.” 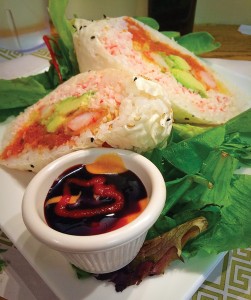