Putting an end to the longest government shutdown in US history, President Donald Trump announced last week that he had accepted a temporary spending bill that would reopen the government for three weeks.

Classified by pundits across the political spectrum as a major Republican defeat, Trump’s willingness to sign the temporary spending bill with no border wall funding appeared to be a concession to House Speaker Nancy Pelosi and congressional Democrats.

In December, the president reassured his base that he would not sign a spending bill failing to allocate proper border wall funding; he, aided by a Republican Senate and House that refused to vote on a measure not including wall funding, then closed the government for over a month, leaving hundreds of thousands of federal employees and over one million federal contractors without pay.

Now that the government is temporarily reopened and Democrats control the House, both the House and Senate have appointed committees set to negotiate over border security terms in a future spending package. Similar to his rhetoric before the first shutdown, Trump continues to hold fast that there will be no spending bill without the $5.7 billion his administration has cited for wall funding.

But the president, unfortunately, does not necessarily need a bipartisan bill from Congress to get the funding he needs (this scenario is already very unlikely). Rather, the president has threatened to declare mass immigration to the U.S. as a “national emergency” and, per a 1976 piece of legislation, seek border wall spending that congressional Republicans deem unreasonable.

The precedent Trump might establish in declaring a national emergency is no doubt a dangerous and uncontainable one. Presidents in years past, for example, such as Franklin D. Roosevelt and Harry S. Truman, have utilized emergency declarations during times of economic desperation (Great Depression) and war (Korea), but current immigration across the southern border in no way compares to emergencies of past; after all, if members of Congress have spent decades debating this very topic without erecting a wall, and if border crossings have been declining for years, is it really a national emergency?

If American presidents begin to utilize emergency powers as a means of pursuing public policy, where does the American public draw the line?  The employment of emergency powers, specifically in this circumstance, signals to the American people that the legislative checks and balances offered by the Congress, which has consistently rejected Trump’s border wall funding requests, are rendered futile.

President Trump’s key campaign promise was to build a wall along the southern border of the U.S. For nearly two years, the president promised Mexico would pay for it – it didn’t.  After coming to terms with this reality, the president then argued that the money saved from the USMCA trade deal (the revised NAFTA), would pay for the wall – this is both impossible and untrue, as trade surpluses are not just directly liquidated for government spending.  And now, finally, after failing to deliver on his principal promise, the president has shifted the burden of wall funding onto the American taxpayers who, after all, have consistently viewed the wall unfavorably.

The American people once again find themselves facing another potentially serious shutdown, scheduled to begin on Feb. 15. Given the political harm he incurred from the previous shutdown, he has promised to exercise his right to declare a national emergency if Congress should fail to allocate the money for his beloved wall.

It is possible that, at least during the Trump era, the American political process has entered a cycle of shutdown politics, where leveraging the salaries of hardworking government employees has replaced legitimate legislative debate.  This cannot and must not be the new normal for governing if the republic wishes to survive.

Inabuse of power, Congress and the Courts, national emergency 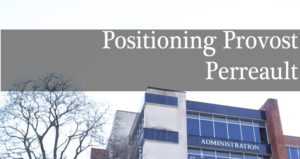