Writing columns on political issues, specifically those that originate in the halls of Congress and trickle from the bench of the Supreme Court, is a particularly daunting yet perpetually rewarding task.

In our nation’s current political climate, to deviate one’s attention from the daily minutiae of the Mueller investigation, the constantly-evolving deterioration of allied diplomatic relationships, or the seemingly constant flurry of guilty pleas and indictments stemming from the Trump camp, is to effectively surrender one’s own contemporary political education.

As college students, we find ourselves in a unique social and educational position. True, our main task at university is to study tirelessly and make the best grades possible, but at our disposal is a vast and diverse community of political thinkers – one that offers the fruits of discourse, the frustration of disagreement, and the overall opportunity to immerse ourselves in a world of information.  With this column, my primary aim is not to prescribe ideology or demonize those opinions with which I most fervently disagree. Rather, I endeavor to highlight the most important developments stemming from the two branches of government that are not run by Donald Trump.

We live in a remarkable era.  Students of history are correct to recognize that the United States has survived tempestuous political climates in the past.  After all, the republic remained standing after 2.5 percent of its population was killed in a civil war.  America soldiered on after a crippling economic depression in the early twentieth century, which was immediately followed by the threatening spread of fascism in Europe and imperialism in the Pacific Theater. The U.S. has since abolished legal segregation, survived the attacks of Sept. 11, 2001 and enjoyed the benefits of international relationships that transcend differences in culture and ways of life.  In short, Americans have much to believe in, as our history has justified such burgeoning idealism.

But in the year 2018, some of this nation’s foremost challenges remain unprecedented.  Never before have foreign adversaries been presented with such large and ubiquitous technological platforms – which they use to inevitably wreak havoc on our democracy by means of incitement – as they are now with the likes of Facebook and Twitter.  Since World War II, an American president has not treated our most precious and necessary allied relationships with such reckless abandon as President Trump.  Never in our nation’s history has the Supreme Court appointment process been so mired by partisanship that congressional leaders seek to alter time-tested confirmation norms.  And perhaps most dangerously, it is unprecedented for the legislature – the branch of government within which our founders entrusted the greatest degree of political power and circumstance – to so cowardly surrender its governing authority to an overly energetic and inept executive.

In the Trump administration, tribalism, nationalism, and anti-intellectualism win the day. Scapegoating tactics are frequently employed to demonize those individuals who flee their home countries in hopes of receiving asylum, those who pray differently, and those who kneel during the National Anthem to peacefully oppose unmitigated racial injustices.  The free press, a collection of dedicated patriots who seek to defend the most fundamental of our country’s liberties, are lambasted daily by the commander-in-chief.  Vital and loyal U.S. allies have been treated as subsidiaries and targeted by Trump’s anti-free trade sentiments.

While political pessimism abounds – and perhaps rightly so – there are still countless reasons to remain hopeful.  As I see it, the story of America has many chapters that have yet to be written, but in order to ensure the continuity of the nation it is incumbent upon all students to think critically and pursue the educational and political avenues that were erstwhile mundane or esoteric.

Through writing about, challenging, and discussing developments stemming from both Washington and our local communities, we effectively establish ourselves as an active polity capable of affecting significant degrees of change.  From 2012 to 2016, college student voter turnout rose by three percentage points, yet still more than half of all college students failed to get to the polls.  While my ultimate task in this column is to advance my own arguments and perspectives on congressional and judicial developments, equally as important is my ability to fire up a student body to become engaged in the processes that will have immediate impacts on our communities and the individuals that reside within them.

Welcome back to Congress and the Courts.

InCongress and the Courts, mueller, Trump, Welcome Back 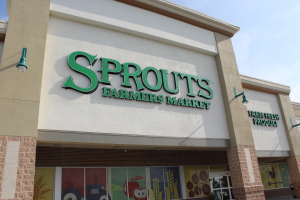 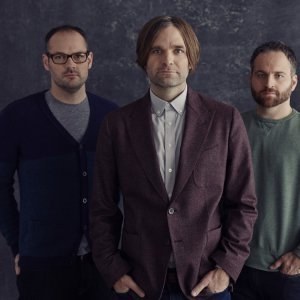