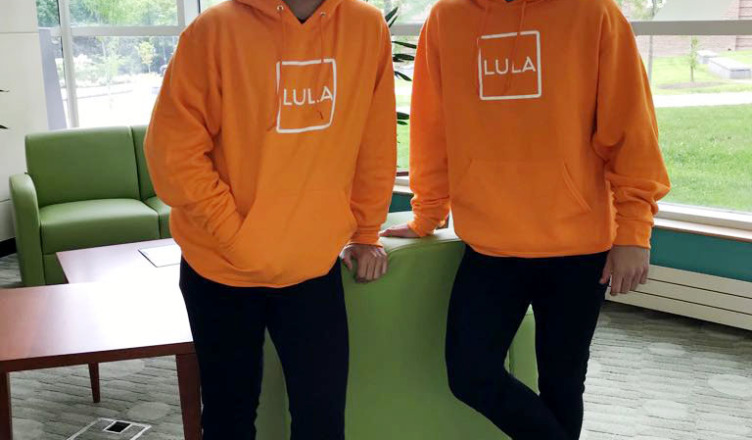 Lula Rides is a free app that allows college students to rent out each other’s cars.

Though the company launched a pilot program this past spring, the app will officially launch on Sept. 1 and will be coming to Towson sometime during the month.

Matthew Vega-Sanz, 22, and his twin brother Michael, have been working on their new app Lula as co-founders since May of 2016.

“I believe this app would be beneficial to students like me who don’t have cars on campus because it allows students to get around at their own convenience,” said junior Olivia Balog. “With Lula you wouldn’t have to worry about getting picked up by an already full campus bus that makes several other stops before arriving at the destination you desire, hence more convenient for the individual student.”

The Vega-Sanz twins seem to have everything mapped out for their app. Even the company’s name has a meaning to it. The brothers got opinions from international friends and their family to find the perfect title.

“We wanted the name to be something short and something that everybody could pronounce, but we also wanted it to mean something,” Vega-Sanz said. “Lula means convenient in the African language of Zulu. So, if you look at our company it translates to convenient rides.”

The twins came up with their convenient peer car renting app during their time at Babson College in Wellesley, Massachusetts. They were having another college night of pizza craving but didn’t want their usual Domino’s again. The brothers decided on Papa John’s, but they wouldn’t deliver, and Matthew Vega-Sanz said they didn’t want to pay $30 for an Uber just to get their $8 pizza, so they settled for Domino’s again.

“When the pizza arrived, my brother walked outside and saw the parking lot and said ‘bro, I think it would be really cool if we could rent out one of these cars and go pick up the food,’” Matthew Vega-Sanz said. “So, we mentioned the idea over to some friends and got their feedback and we realized, this isn’t only a problem at Babson, but it’s a problem all over the country.”

The company is now ready to kick off and start helping students everywhere easily get around.

“The company’s mission is to provide affordable, convenient and sustainable transportation for all,” Vega-Sanz said. “I think additionally, it’s just going to enhance the quality of students’ experience at Towson because now on the weekends they can take road trips with their friends, they can go to parks, they can go out to the city, grab dinner. It just provides them with more freedom.”

The app will be a way to help students with cars to make some money.

“Students who are lucky enough to have cars on campus still have to pay for a parking pass and pay for gas on top of tuition and books and everything else,” Balog said. “But Lula pays students to lend their car to others which could help pay for important costs.”

Junior Erin Murphy agrees that Lula could be beneficial to her “because I could make some money and my car would be driven instead of sitting around somewhere all day.”

For Lula, the car owners list their cars on the app and decide how much they want to charge for their car per hour and per day.

“The renter just pays the hourly or daily fees and covers gas,” Vega-Sanz said. “But insurance and everything else is included. There’s no underage fees. So, really the price that you see is going to be the price that you get plus whatever you spend in gas.”

All people who sign up for the app go through a background check to be approved to both rent out their car and rent cars from others. Lula makes sure that people are who they say they are and that renters have a clear enough driving record.

“For the car owners, the car has to be the year 2000 or newer, it has to have less than 125 thousand miles,” Vega-Sanz said. “Then we’ll ask that they submit pictures, or we’ll have one of our on-campus representatives go out and see the condition of the vehicle just to make sure that the tires aren’t completely bald or that one of the bumpers isn’t missing, basically just to make sure that the vehicle is in good conditions.”

Once users are approved, they can browse the app and pick a car they want to rent out. The owner will get a notification and either accept or decline the request. If approved, the users can decide on a place to meet to give the car over, and the renter will drive away and simply return the car when done.

Lula Rides also covers insurance if an accident happens while a car is being rented.

“If there’s an incident, we ask that both the owner and the renter fill out an incident report and submit that to us and then we’ll run it through our insurance carrier and we take care of the rest,” Vegas-Sanz said.

But even with this insurance, some students may still be hesitant to use the car renting app.

“I would not trust people to drive my car because who knows what condition they would be in,” Murphy said. “Also, I’m really not a person who likes other people driving my car. With that being said, if I was someone who didn’t care who drove my car I would use this app. It seems like a cool and easy way for college students to make some money.”

Lula also offers a number of opportunities to make money with the app. Aside from renting out their car, students can be an executive director and overlook campus operations and help with promotional events on campus. There is also a social media paid internship.

“They are in charge of not only social media but the marketing efforts on campus as well,” Vega-Sanz said. “So, if we’re having an event, they would be promoting that event or just trying to help us to figure out different marketing schemes and tactics to get students to download the app.”

“Really anybody can do this,” Vega-Sanz said. “It’s just going out there and talking to people and getting as many signups as possible. They will have a unique referral code so anybody who signs up on their behalf we’ll be able to keep track of and compensate them for that.”