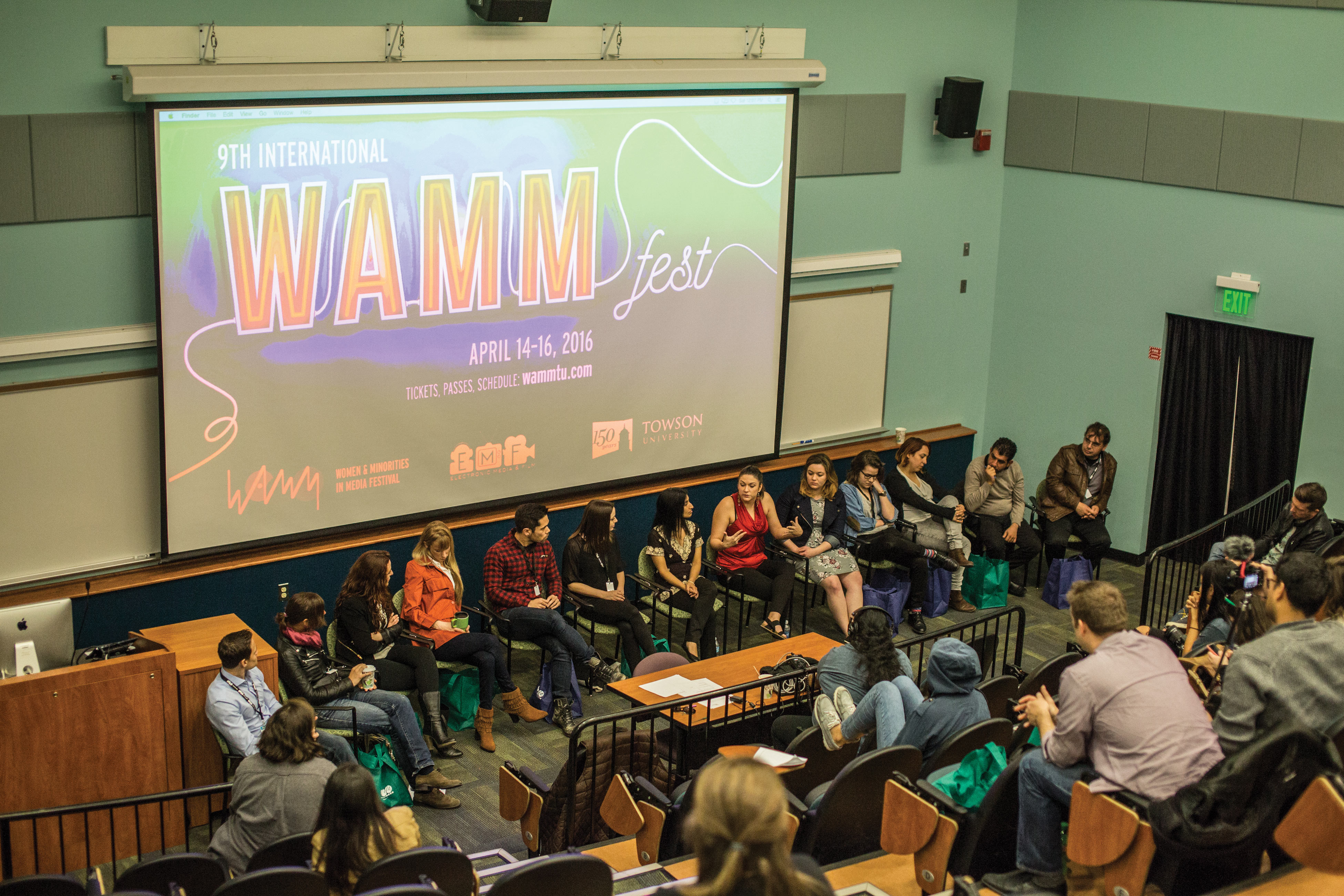 In celebration of women and minority creators in the electronic media field, the ninth annual international Woman and Minorities in Media festival, or WAMMfest, was held last week in Van Bokkelen Hall.

WAMMfest featured a variety of panels and film screenings April 14-16, and allowed creators to share their work and students to experience the world of electronic media.

“The reason we started it was to celebrate and encourage the diversity within the department of electronic media and film,” festival director Elsa Lankford said. “Many women and minorities are at a disadvantage in the mostly male-dominated film world, but this festival helps bring diversity and different stories to light.

Towson’s Electronic Media and Film department established WAMMfest in 2008 and has held the event every year for the past nine years.

“It’s very important because I think media and television and what we see on TV can affect a lot about how we think and how we see things,” freshman art education major Patricia Elia said. “It’s a really easy medium for conveying different perspectives.”

With screening blocks ranging from kid-friendly films to films about system failure and social justice, WAMMfest allowed filmmakers from around the world to tell their stories regardless of the subject matter.

“It brings an incredible selection of successful short filmmakers to the campus to be able to talk about film making and to talk about diversity,” Lankford said.

According to Lankford, filmmakers from over 20 different countries around the world were represented at this year’s WAMMfest to create an international community based in Towson.

Although the festival centered on diversity in media, it was also about learning from these cultural aspects as well.

“It brings new perspectives and the chance to experience diversity,” Elia said. “I actually didn’t know as much about Ferguson and the whole thing that happened there until I saw the film. I still have questions and I think it was really important for me to be able to see that and to understand.”

The last day of the event included a full day of screenings, a master class on filmmaking and a filmmaker panel where the attending creators discussed their work and lives as filmmakers.

During the filmmaker panel, professional filmmakers shared tips and tricks on navigating the media world, and gave advice to the next generation of filmmakers.

“My advice for young filmmakers would be just to create,” featured filmmaker Brendan Bradley said. “It can start as simple as you and some friends on an iPhone just learning how to tell your story with the tools that you have.”

WAMMfest continues to aim to bring new perspectives to Towson as well as to provide an opportunity to learn not just about the media industry, but also about the world itself.