With the NFL regular season nearing, which marks the end of any Sunday social plans for many people across the country until March, it’s only fitting to address the topic that will dominate headlines throughout the season; the new anthem rule.

In May, NFL owners unanimously approved a new national anthem policy that requires players to stand during the performance of the anthem.

Last month, the NFL and its players union agreed to freeze the rule so it is currently not in effect, but the initial approval of the rule demonstrates an aggressive attempt to prevent anthem protests.

When Colin Kaepernick first decided not to stand during the anthem in the 2016 preseason, I can’t imagine he foresaw it resulting in him being blackballed and the league instituting a policy just to prevent any kind of similar action.

Fast forward two years after his initial protest and Kaepernick can’t even get a job of as a backup quarterback while less talented quarterbacks (Robert Griffin III, TJ Yates, Ryan Fitzpatrick, etc.) have been able to earn contracts over the last two seasons.

Kaepernick has been clear about message has been clear from the start; he was protesting systematic oppression and looking to bring awareness to the injustices that black people face in this country. Accusing Kaepernick of being disrespectful towards the anthem and the military not only is incorrect, but also blatantly dismisses the issue that he’s trying to address.

Watching fan outrage over the last two seasons has shown me one clear message; many football fans in this country don’t give a damn about this issue. As a black person who has grown up the United States and experienced racism first hand, I can confidently say that race plays a significant role in the different reactions to the protests.

If you’re white, this is an issue that probably will never affect you so why should you actively support it or let it enter your safe haven of an NFL Sunday? On the other hand, if you’re a minority who has experienced things like getting pulled over and fearing for your life, or feeling prejudged due to your appearance then this protest might resonate differently with you.

The most disturbing part of this new anthem rule is that it gives players the option to remain in the locker room during the anthem if they prefer.

I just can’t help but get a “back of the bus” kind of feeling from that part of the rule. It feels like the NFL owners are saying ‘If you do want to protest racial injustice, do it where no one can see you please!’

Many people have said that athletes shouldn’t use their platform to share their political views. Rather, they should stick to sports and protest a different time and a different way because protesting on gameday is not the right time or place.

With that said, I leave you with a challenge.

Tell me the exact time, date, location and method of protest to battle racial injustice and I’ll gladly be there. I’m all ears. 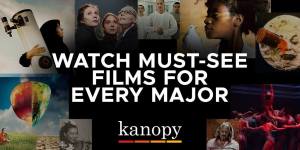