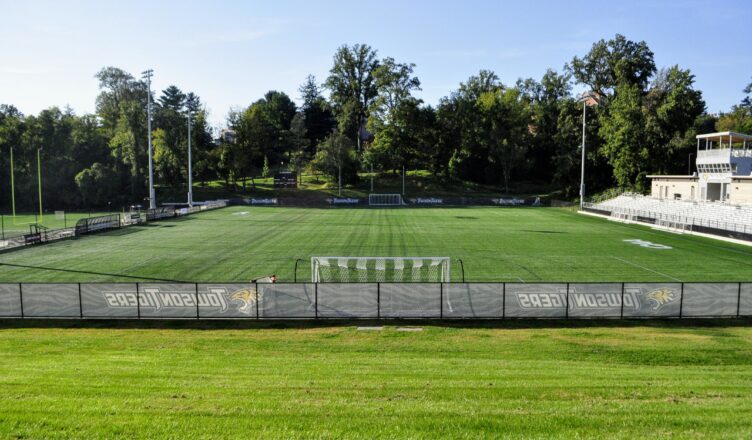 Towson University (TU) Women’s Soccer sophomore Nia Christopher is eighth in all of Division I in scoring with 9 goals. Coaches and teammates share the importance of difference making, as Christopher does, on their team.

Having earned awards so early in the season, Christopher believes the achievements are indicative of the hard work she has been putting in and that it confirms it is paying off.

“It just makes you want to keep achieving more, and hopefully this is just the beginning,” Christopher said. “Hopefully from this, other schools will start to respect us. Even though it’s an individual award, the team still plays a huge part in it.”

According to Christopher, she hopes that these awards are just the beginning for her, and that their team will catch opponents off guard.

According to teammates and coaches, Christopher has been making a significant impact on the team and has changed the way opposing teams play against them.

“We’re starting to see that some teams we are playing against are changing their formations,” head coach Katherine Vettori said. “They’re putting more people in the back and I think they’re seeing us as an offensive threat with the strength of our forward line”

According to Vettori, Christopher has displayed professionalism in showing up for her team everyday.

“I think all of them are feeding off one another, trying to work hard and be quality soccer players every single day,” Vettori said.

Sophomore captain Phoebe Canoles thinks Christopher is a well versed athlete with and without the ball.

“It’s so great to have someone to play off of and have such a great IQ of the game and to have someone with such great speed on the team, is something every team wishes that they had,” Canoles said.

According to Canoles, she and Christopher have been friends for a total of five years, which impacts their chemistry on and off the field. She said that she looks at Christopher as family off the field like a sister, and on the field she is someone who pushes her to be better.

To keep up with Christopher and TU Women’s Soccer, show out to their next game against Northeastern University on Oct. 7 at 3 p.m. on Tiger field.