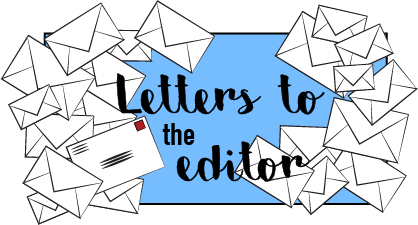 If you have paid any attention to the legislative agenda of the 115th Congress, there’s no doubt you’ve probably heard contentious debate about the fate of the Affordable Care Act (ACA) or, as it is more commonly known, Obamacare. Enacted in 2010, this sweeping federal law promised quite simply to provide opportunities for “affordable care for all Americans.”

Before delving into the debate over ACA, it is important to understand the fundamentals of the law itself. Health insurance and legislation are murky concepts to understand, and the ACA lies at the intersection of both. Without detailing every provision included in the 10,535-page law, here are some highlights to take note of for a foundational understanding. These highlights can be sorted into categories, as identified by the U.S. Department of Health and Human Services (HHS): coverage, cost and care.

In regard to coverage, the main provisions to take note of are those pertaining to pre-existing conditions and coverage for young adults. Any health condition can be “pre-existing” if diagnosed before you enroll in a healthcare plan — including asthma, diabetes, cancer and mental health conditions. Prior to the ACA, if you had any health condition, your coverage could be dropped or denied altogether. In terms of young adult coverage, what is key is that children can stay on their parents’ healthcare plans through the age of 26 years old. This enables them to seek higher education, start a career and even start a family with the security of constant coverage.

The next notable category of ACA provisions is cost. Before the ACA passed, health insurance companies could set arbitrary limits on the maximum costs they would pay for your coverage. Any costs beyond that fell on the patient to pay. With the removal of lifetime limits, expensive events, such as hospitalizations, do not threaten your ability to get coverage in the future. The other provision, gender parity, is simple: insurance companies can no longer charge you more because of your gender. Until 2010, it was commonplace for women to be charged more for coverage.

The third category that can be used to group provisions together is health care itself. Under the ACA, the most notable provision in regards to care is complete coverage of preventative care. This means that depression screenings, vaccines, mammograms, STI screenings and other preventive measures are performed without cost to the patient. This is important because preventative care can identify issues before they escalate — and become more costly and intensive to treat. Also worth noting in regards to care is that consumers can choose their primary care physician and emergency room care without worrying about barriers from their insurance companies.

Where the ACA has succeeded is in actualizing its goal of decreasing the number of uninsured Americans by extending care to previously shut-out populations. Per the Department of Health and Human Services, 20 million Americans have gained coverage since the law was passed. The percentage of uninsured nonelderly Americans has fallen to 10.5 percent, as of 2015, the lowest it has been in decades. Focusing on young adults, over six million of us have gained coverage since 2010, and up to 30 million Americans are now protected from higher premiums or denial of coverage for pre-existing conditions.

Where ACA has earned opponents is in debates over the role of government in healthcare and how the inevitable burden of costs are shared by patients, insurance companies and the government. Opponents point to the individual mandate — a requirement that all Americans must purchase insurance or pay a fine — as an unconstitutional requirement that would mark the first time citizens are required to purchase something as a condition of citizenship. Another argument against ACA is the rollout itself, which has been rocky at times with the glitchy online marketplace rollout and broken promises from politicians. Most notable of these was then-President Obama’s promise that people could keep their plans if they liked them. This proved not to be the case — earning him the distinction of 2013 Lie of the Year from Politifact– and cast doubt upon other aspects of the law.

After considering the facts, foundation and arguments surrounding the ACA, I cannot help but bring my own experiences to contextualize my thoughts on the matter. As a young adult with several pre-existing conditions, I am acutely aware of how much the ACA has affected my ability to access and afford healthcare. In an alternate, non-ACA universe, there’s a likelihood I would not have health insurance, and probably would have health-related debt in lieu of student loan debt — as my chance to pursue higher education could be threatened had I not had insurance to offset medical bills. I realize that there are very real flaws in the law, and that it is by no means perfect, but see the increased accessibility of healthcare as a real step of progress in tackling our nation’s healthcare crisis.

What I am vehemently against is the repeal of ACA without a suitable, or even basic replacement plan in place. Congress has voted over 60 times to repeal the ACA in the past few years and in the years since enactment, a steady chorus of “repeal, repeal, repeal” has echoed, with no thought of the next steps after demolishing the law. I am no healthcare expert, but I know enough to realize that in the vacuum created by repeal will create a wild west where vulnerable populations will lose protection and insurance companies can make their own rules. I welcome new ways of thinking about healthcare or continuing work to improve on the infrastructure already in place, but worry that harried, slapdash replacement written as an afterthought will be like any collegiate paper written hours before its due: inadequate and poorly executed.