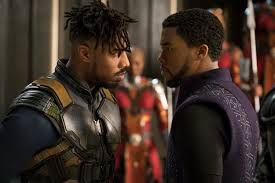 While there has been a lot of confusion and controversy (as per usual) over this year’s Academy Awards, we are finally here in Oscar’s Week! For those who haven’t heard yet, yes, the Academy decided to put the four shunned categories back into the live show and will be airing their awards. Smart choice, Oscars. Additionally, for the first time in thirty years, there will be no official host, but a series of celebrities presenting awards and doing bits (yay witty banter).

Aside from that, we all know that the best part of the Oscars this year is that finally, we have some serious recognition in diversity. Not like there haven’t been movies nominated before in this regard, but this year is really highlighting diversity in film, both on and off screen. Obviously, we’ve got “Black Panther,” the first superhero movie to be nominated for Best Picture, the origin story for the legendary hero himself, the King of Wakanda. “BlacKkKlansman” is the true story of African American detective Ron Stallworth who partners with undercover detective Flip Zimmerman to expose the KKK. “Green Book” is another true story about a famous African American pianist who bonds with the driver he hires for protection as they face racism in America.

Recognizing other nationalities, “Roma,” a story about a Spanish housekeeper for a wealthy family, is nominated for Best Foreign Language Film and Best Picture, and could be the first film to win both. Homosexuality is also embraced in the fan-favorite “Bohemian Rhapsody,” which follows the life of Queen’s lead singer, Freddie Mercury, as he struggles to find his place both romantically and musically. “The Favourite” is a period piece of two female servants to the Queen outwitting each other in competition for power in the Queen’s place, but also developing a sexual relationship.

“Vice” chronicles the life of Dick Cheney as he tricks and schemes his way to the top of the political chain, executing tragic and historical acts of power. Finally, “A Star is Born” is the third remake of the intense love story between two artists, a famous rock country singer, and a newly-discovered talent, and the struggles between them as one rises past the other.

Race, ethnicity, orientation, politics, status, addiction and nationalism—all of these stories are told in this year’s nominees for Best Picture. No matter which film wins Best Picture this year, I believe any of them would be a worthy recipient. In a recent conversation I had with two friends of mine, I discussed how I did not want “Black Panther” to win solely because the Oscars thought they “had” to pick it, but because it deserved it. One of my friends then told me that whether or not a movie like “Black Panther” is perfect or not, it would definitely still earn the award, because of its effect on so many people. It inspired people, invigorated people, made them proud to be who they are. It used its popularity to embrace a culture, a subject pushed under the rug for so long, and make something that people would talk about. Isn’t that the point of movies? To send messages, to inspire change?

My friend was right, and I’m glad the Oscars have picked the movies they did, because these are stories that need to be told, that are still just beginning to come into “mainstream” culture, that can spark change. I have not yet seen all of the nominees for Best Picture yet, and by the end of the week I will have, and I will most likely have my guess for who I think will be the winner, but honestly, it doesn’t matter. The movies have still been made, they still affected people, still shed light on subjects no one wants to talk about, made people think differently, feel differently. One may get the award, but all of them will be remembered as important, as the inception to not just recognizing, but embracing, and being on fire for, diversity, inclusion, acceptance, peace, and love.

Plus, as beautiful as it was, at least this year’s winner won’t be about fish sex, am I right?