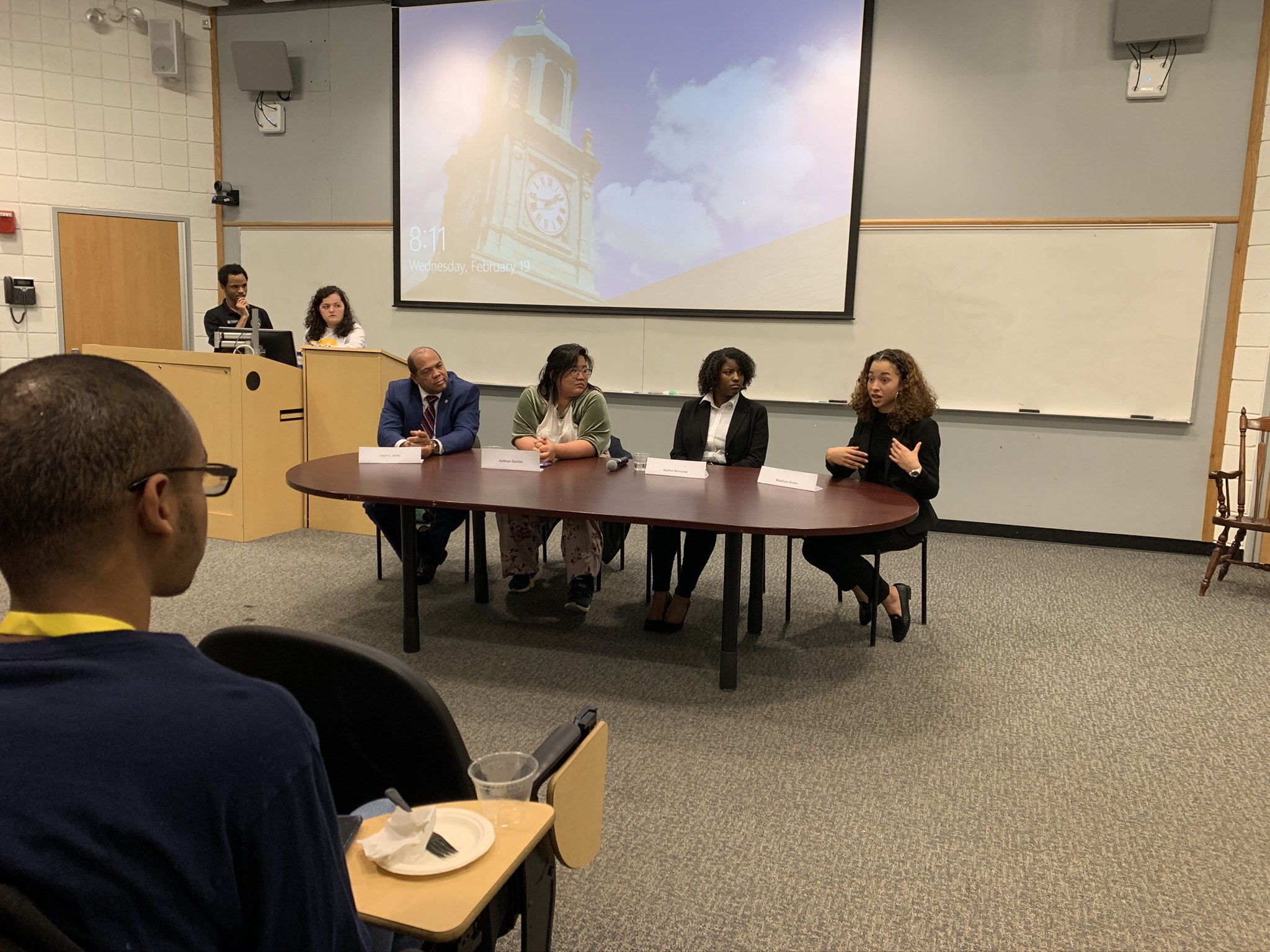 The Department of Civic Engagement and Social Responsibility hosted a panel about the importance of minority voters Feb 19.

The panel was set to be focused on “meaningful conversations about the importance and impact of the minority vote, in the upcoming elections and beyond,” according to the event page.

But there was some back-and-forth between Jones and Green after Jones shared comments regarding how politicians look at those who vote versus those who do not.

“If I’m walking down the street and I want to hear some concerns from someone, am I going to talk to someone who may vote, think about voting, if they feel like voting or am I going to talk to the person that I know is going to vote,” Jones said. “And then I know that I have to satisfy that person to get that person to vote for me the next time. And the people that don’t vote, often times their voice is not heard because they don’t vote.”

Jones added that people should vote because it is their civic responsibility.

“You should vote because somebody has to divvy up your tax dollars,” Jones said. “You put it all in the pot, somebody has to do something with it. Either you are going to participate, or you are not. If you don’t, you get what you get.”

Green shared her disagreement with Jones about why people do not vote.

“I think it’s really harmful to say that if you don’t vote it’s because you don’t care,” Green said. “Because you are really ignoring the generational oppression that people of color have gone through in this country.”

Green added that there have been measures taken to address past oppressions around voting, such as people of color being allowed to vote. But, according to Green, there are many things in place that prevent people of color from voting.

“When we talk about how they are shutting down polling places, primarily where people of color are located, and when we talk about the fact that we still don’t get off for the national election, this harms minority voters,” Green said.

Green added the harm that comes from saying people who don’t vote don’t care, primarily women and people of color.

“When you say that when we don’t vote, we don’t care, that’s really really harmful to systematic oppression that we’ve gone through and we’ve been through,” Green said.

Quintin jumped in to share how the complicated system works against minority voters, such as Asian Americans.

“There are a lot of physical barriers to voting, for my community, the actual ballot is fucking hard to read,” Quintin said. “If English is not your first language, how are they supposed to read this.”

“If your family doesn’t vote, then it’s not something that you care about,” Quintin said. “White people, a lot of their families do vote, especially affluent families. If there is a culture to vote, then they are going to vote because it’s something normal.”

Jones acknowledged the history of the country’s toll on people of color and the limitations to voting, but said that there are many measures in place in Maryland now to encourage voting. He also added that there are non-voters who aren’t voting for reasons other than oppression.

According to Jones, it’s relatively easy to vote [in Maryland] if you want to vote.

Green also addressed an earlier comment from Jones regarding how some politicians are seeking voters that can get them re-elected.

“Elected officials, many of them, primarily think about getting re-elected,” Jones said. “That’s important. And the people that are going to re-elect you are going to vote. People that vote matter.”

Green responded with how politicians should use their positions of power.

Another topic addressed in the panel was making election day a national holiday, which Bertrand shared her thoughts on.

“Personally I think that it should be a holiday, it’s something that we’ve been working on at Towson for several years now,” Bertrand said. “I think that it’s important that students don’t have to choose between their education and their civic engagement.”

Towards the end of the panel, the panelists shared optimistic thoughts about the future of voting and sophomore Jordan DeVeaux shared opinions on how this outlook is important for voters.

“Positive psychology is much more effective,” DeVeaux said. “You telling me, look at all of these young people that are doing it [voting], rather than saying ‘Oh, you guys really don’t vote.’” 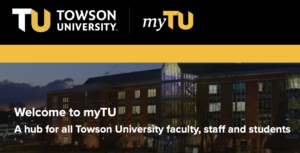