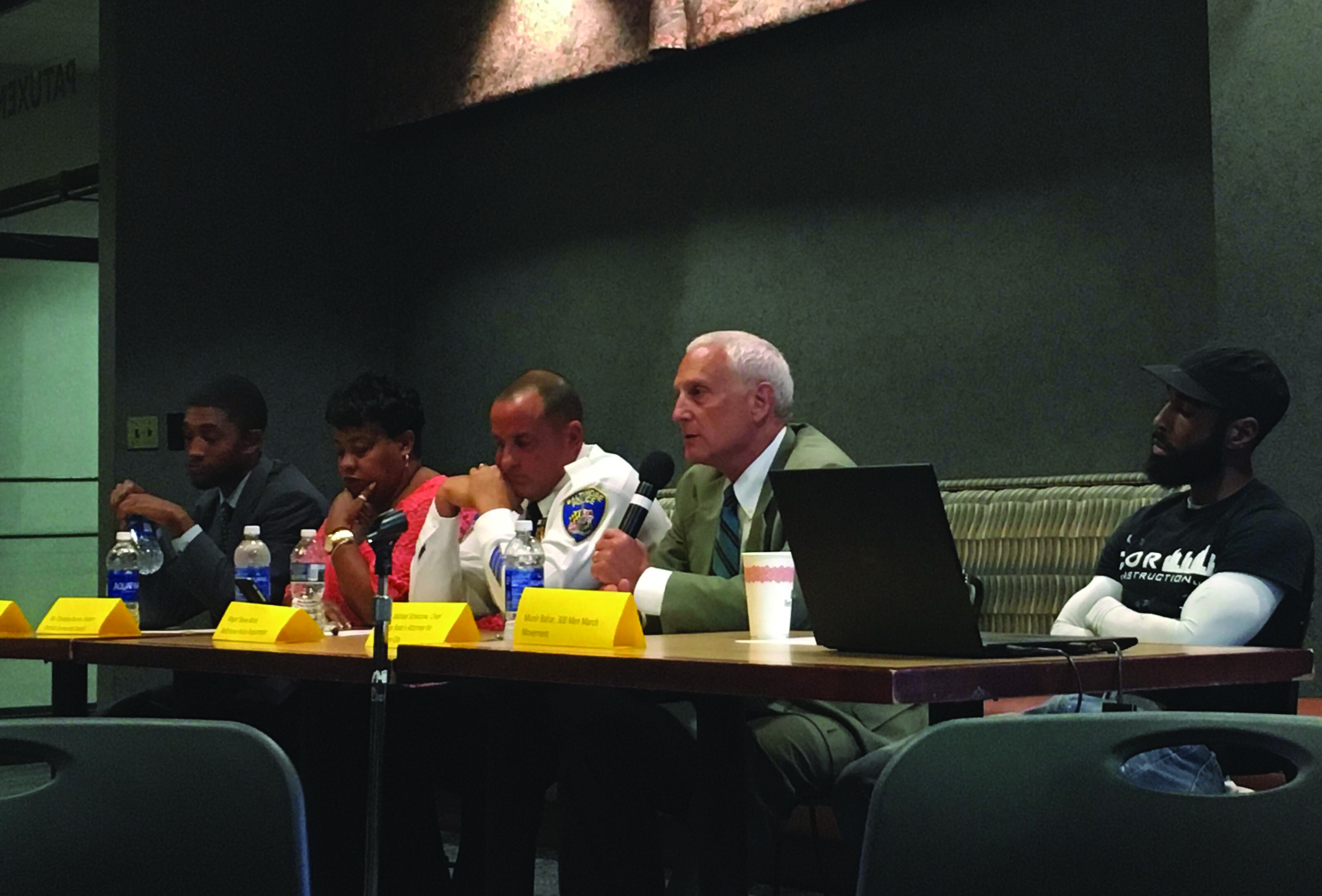 An oncampus panel hosted by the Center for Student Diversity with the anthropology, sociology and criminal justice department addressed the relationship between police and community relations in urban landscapes Monday night.

“The events of last spring that emerged as a result of the death of Freddie Gray and police custody pulled from the shadows historical long-standing tensions that have existed between Baltimore police and the members of the Baltimore community,” assistant criminal justice professor Elyshia Aseltine said.

Aseltine and lecturer John Skinner helped to coordinate the event, and a majority of the audience was made up of students interested in a career in law enforcement.

“When we talk about the relationship between the community and police and how we got to the point of April 2015, you can start with zero-tolerance policing, but it goes a little bit deeper than that,” Scott said. “We did not stop that policy soon enough… 2015 was just the bubbling over point.”

Charlene Bourne, president of the Eastern District Police-Community Relations Council, said that the relationship between police and their communities requires constant upkeep.

“You have to work at it every single day – and if you don’t, what happened last year is what will happen,” Bourn said.

Baltimore Police Department Major Steve Ward  recalled the unrest that resulted from the Freddie Gray incident, and asked, “How did we get to this point in Baltimore?”

Ward said that afterward, he made it a priority to make a difference as best he can.

“I think, moving forward, you’re going to see Baltimore City leading the United States on how to work with the community on community issues,” Ward said.

Skinner, also former deputy commissioner of Baltimore said that the mission of the event was to bring a more realistic perspectives to students outside the classroom.

“I think it’s kind of different than learning it in classrooms, or watching videos or things like that then interacting with people who are living it every day,” Skinner said. “The idea was to try to bridge those together so they would have a real experience… I thought the passion of the panel was fantastic and people stayed through the entire thing, so it was a really positive sign. In my opinion, I don’t think it could have gone any better.”