In order to discuss growing concerns about police accountability and legitimacy in Baltimore City, Towson University held “A Conversation about The Promise and Challenge of Police Accountability,” in the West Village Commons on Oct. 13.

The event was coordinated by assistant professor Elyshia Aseltine from the Department of Sociology, Anthropology and Criminal Justice.

“It’s really to help students, faculty and staff at Towson get a better sense of the police accountability landscape and what mechanisms there are if police do cross the line,” Aseltine said.

The panel consisted of eight experts on the landscape of police accountability within Baltimore and the state of Maryland, including former Baltimore Police Commissioner Fred Bealefeld, Senior Staff Attorney for the American Civil Liberties Union of Maryland David Rocah and former State Attorney for the City of Baltimore Greg Bernstein.

The first question of the night was “how did we get here,” prompted by recent events throughout the nation that have led to a breakdown in the relationship between the police departments and the community.

“There are huge disparities in how the black community and the white community, or the white and Hispanic communities see police,” Rocah said. “The breakdown we’re talking about is largely among poor and minority communities. I think that is critical to understanding how we got to where we are today.”

Most of the panelists agreed that the crackdown and the drug war that started in the 1980s had led to this path.

“We still live in an unequal society,” Rocah said. “We like to think that’s not true. Certain people matter more in practice, and the impacts of these societal decisions are felt in vastly different ways in different communities.”

“The reality is that they’re not like any other citizen,” Rocah said. “Police officers have almost a monopoly, with the exception of self-defense, on the use of force.”

The panel unanimously agreed that within the police department there are some officers who violate criminal law, and described them as “bad apples.”

“There are laws out there to protect the cops that protect us,” Prince George’s County People’s Coalition for Police Accountability member, Marion Gray-Hopkins, said. “I think they’re very quick to draw their guns because they are protected.”

Bealefeld expressed his frustration in the effort to weed the department of corrupt officers.

“The frustrating part for me was that I felt like we had a very good idea of who the bad cops were,” he said. “The difficulty is that there are a whole myriad of protections for them built into the mechanisms that constrain the ability to address or get redress from the officers.”

Bealefeld also defended the police department and said, “police officers join the profession because they want to serve. Police have a zeal to ferret out corrupt people in their ranks. Good police officers do not want to work with bad police officers.”

The last question of the night dealt with future expectations for improving police legitimacy and restoring the relationship between the police and the community.

Director of the Baltimore City Office of Civil Rights and Wage Enforcement, Kisha Brown, described her efforts to create safe, neutral places around the city for citizens to file complaints. She said that, “things get lost in the sauce too often” when complaints go directly to the police department.

“I always give credit to those who make complaints because I think it’s extremely courageous of someone to walk into the lion’s den to complain about the lion,” Brown said. “What I’ve seen is that often times those complaints don’t make it past that front desk.”

Founder of the Community Conferencing Center in Baltimore, Lauren Abramson, encouraged communication as a way for police departments and communities to talk to each other.

“There needs to be a way to build relationships and structures to address harm,” she said. “There are a lot of things that happen that need to be addressed in some way.”

Bernstein concluded by saying that the systems in place are not going to change overnight.

“What it’s going to require is better recruitment in the department in terms of recruiting people who are more sensitive to folks that they are responsible for protecting and serving,” Bernstein said. “It’s going to require the kind of discipline administratively to ensure that officers that violate the law are disciplined in an appropriate way.”

— Sydney Douglas contributed to this article. 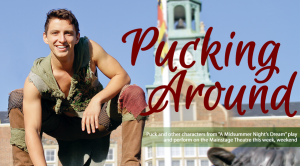 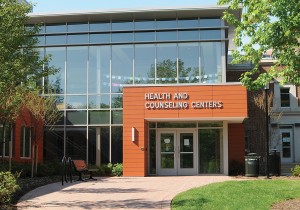