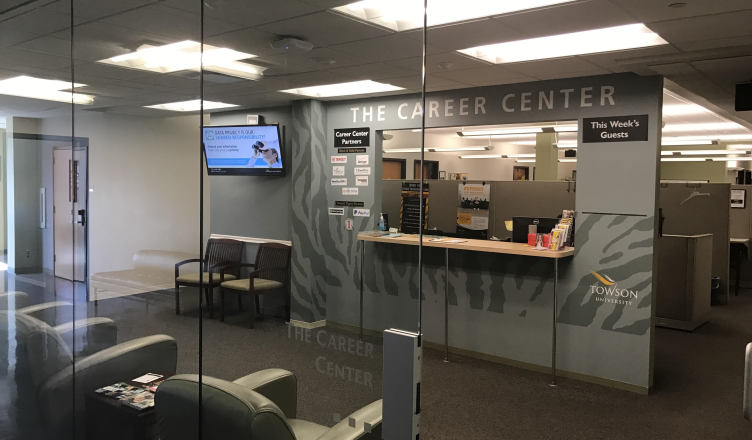 During the past month, the Peace Corps has had several events to educate Towson students on how to get involved in the organization after they graduate.

On Feb. 27, the Peace Corps visited to the Career Center to provide information to interested students and hosted a panel of individuals who shared their experiences of working with the organization.

Nicholas Dippel, a returned volunteer from South Africa and a recruiter for the organization in the states of Maryland and Delaware, hosted the panel discussion. The panelists included Jeff Levine, Samantha Ward, Katie Peckler and Christopher Mullen, who have all spent two years abroad to work on a mission from the organization.

The Peace Corps is a service volunteer program run by the United States government which allows volunteers to provide assistance abroad. The organization celebrated its 57th anniversary on March 1.

Levine completed two missions with the Peace Corps; one in Ghana and the other in Macedonia. He joined the Peace Corps to pursue a graduate degree in public health at Johns Hopkins University. When he went to Ghana, the main focus for his mission was health and sanitation.

Levine shared that in the community, everybody was greeting each other. He would go to a health clinic and weigh babies during his mission. Then, he would work in one of the high schools in the community and do workshops on gender empowerment.

One of the challenges during his mission was the lack of electricity and the town he was in faced poverty and diseases, such as polio, HIV, and AIDS. When he was in Macedonia, he worked in a government office and the focus was on community economic development. He said Macedonia had modern conveniences, but didn’t use heaters and open windows to rid smells, since they’re economic system is different.

“When I think about Peace Corps I think about grassroots and work within means of community and I wanted to get into that cultural experience,” Levine said.

Ward’s mission was in Guatemala. She was pursuing the graduate nursing program at Johns Hopkins University at the time of her mission. She worked on food preparation and handwashing in the community she was assigned.

“The people around you really make it,” she said.

Ward said she got to participate in soccer clubs, cooking sessions, parties, and made personal relationships with the host family she was assigned.

Peckler’s mission was in Vanuatu. She was also pursuing graduate nursing program at Johns Hopkins University and was interested in medicine and community health, leading up to her involvement in the Peace Corps.

Her routine in Vanuatu was to wake up and make a fire to cook oatmeal, go to her host family and help them with their garden, go to the local health clinic, create workshops on gender equality, and do secondary projects, such as working on the community’s water systems. Peckler noted the nurturing that she got from her host family and mentioned that they built a hut for her a month before she arrived because they were so excited to meet her.

Muller’s mission, like Ward’s, was in Guatemala. He’s a military veteran and was looking for a job and none of them resonated. He was referred from a friend to look into the Peace Corps and decided to apply. In Guatemala, he was a marketing volunteer for the fruits in the community, taught people how to grow food, finances, and business.

“Education was the most day-to-day activity,” Muller said.

Junior Fatima Beri said that she “really liked [the panel] and wanted to learn about it in a personal environment rather than go by the facts and information. I’m interested in joining the Peace Corps when I graduate.”

The organization came back to Towson on March 29 for an application workshop, which was also hosted by Dippel. The organization is on a rolling application process. The workshop was mostly geared towards juniors and seniors to give them an opportunity to join post-graduation, and it takes six to nine months to go from the application to an invitation to depart.

To apply for the Peace Corps, people need either an Applied Behavior Analysis or Bachelor of Science degree.

“Definitely apply early, usually by a month in advance… regardless of where you are standing, please start doing research,” Dippel said.

The first step in the application is to fill out the online application, which should take less than an hour. Then those interested need to complete the health history form, which provides your health history so they can match you with countries that can support your medical needs. After that, applicants can browse current openings and pick where you would like to serve and what you want to do in that location. Then, those interested give the organization an idea of your work style and the the type of environment in which they will succeed. The final step of the application process is an interview to talk to a placement officer about the applicant’s abilities and interests.

After a successful interview, an invitation to serve and respond will be sent.

Then, the person has to have a medical clearance from the Peace Corps Medical Office to show that you’re fit to serve abroad. The final step for those joining the Peace Corps is for people to train in the United States then depart and embark on their service assignment. For non-English speaking countries, volunteers that are not native to the language but have taken previous classes for the language, are required to pass a language proficiency exam

Dippel can be reached through phone using 302-384-2503 and email using ndippel@peacecorps.gov.