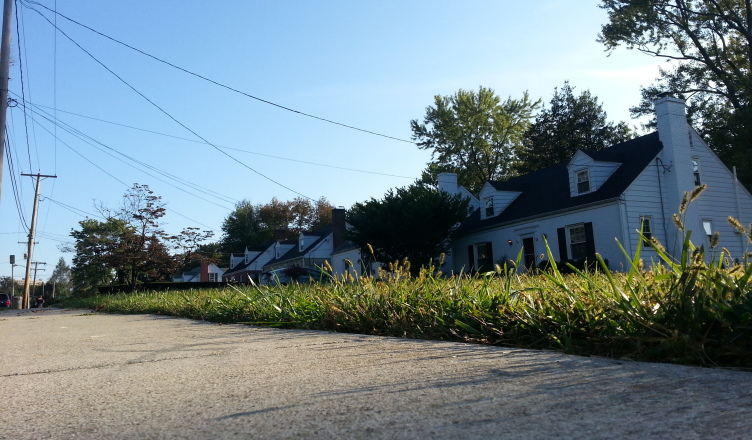 A Baltimore County ordinance that penalizes Towson renters and landlords for “unruly social gatherings” is up for renewal next January.

The legislation, introduced by Baltimore County Councilman David Marks, carved out an area east of Towson University for a pilot program to test the ordinance’s effect on the Towson area community.

Since the ordinance’s enactment, TU officials, Marks and many Towson area residents agree that it has had a positive effect on student-neighbor relations.

“The vast majority of Towson University students are good neighbors,” Marks said. “The social host ordinance is one tool that helps deter bad behavior by the very few that don’t respect their neighbors.”

Towson resident Amy Christopher said there weren’t very many unruly social gatherings in her neighborhood prior to the legislation, so she hasn’t seen a significant change.

However, Christopher said that before the legislation, street signs would get pulled up out of the ground and thrown aside or stolen. That behavior has stopped, she said.

Ginny Gallagher, another Towson resident, said that other disruptive behavior has decreased since the unruly social gatherings legislation was enacted.

“I have noticed that we’ve had less trash, less destruction of property, car break-ins, on our street since the legislation,” Gallagher said.

Marks said the legislation has been successful in helping maintain an orderly Towson community.

“Many people believe this program has had a deterrent effect on disruptive behavior,” Marks said.

Although Marks said there were “a few incidents in August and September,” he “expects [the number of citations] to go down” as the current school year progresses.

Paul Hartman, co-chair of the University Relations committee for the Greater Towson Council of Community Associations (GTCCA), also said that the legislation is doing a “good job.”

Hartman cites the “tremendous growth” of TU’s student population as a factor putting pressure on neighborhoods that surround the campus.

“For the most part, people just want to coexist and share neighborhoods,” Hartman said.

However, Hartman said prior instances of out-of-control and disruptive house parties have strained student-neighbor relations.

According to Varwig, TU’s attempts at building stronger “town and gown” relationships with surrounding residential neighborhoods began in earnest over 10 years ago, when Deb Moriarty–now TU’s Vice President for Student Affairs–-established the University Relations committee with the GTCCA.

Since its inception, the committee has brought county, University and neighborhood representatives together to develop policies regarding off-campus disruptive behavior.

As a result of these collaborative efforts, TU’s Division of Student Affairs developed a policy for off-campus disorderly and disruptive behavior, which set up formal student conduct investigation procedures when civil or criminal citations are issued to TU students. Sanctions are issued to students found to be in violation of local, state or campus policies, according to Varwig.

Varwig said the implementation of this policy reduced the number of residents’ complaints by one third.

Christopher believes the legislation has raised awareness for how TU students can be respectful towards their neighbors.

“I think the legislation has done a really good job of at least bringing the issue to light and getting people to be aware of it,” Christopher said. “And when I say ‘people’ I mean the students because there is a code of ethics that you should aspire to follow if you live in a community.”

Christopher remembered when her husband, Jay, introduced himself to a group of Towson University students who moved onto their street.

After that introduction, they have all had a friendly relationship, she said.

“[Jay] went over I think the first day they moved in and said ‘listen, I live here forever. You only live here for four years. We need to figure out how we can live respectfully together. I have two small kids, they nap.’” she said. “It really set the tone for a great relationship with these guys. They never had a party past 7 o’clock. If it did go to 7 o’clock, they took it inside. So I think it just started a dialogue in the community.”

Jay Christopher said that he understands that “kids will be kids,” but that it’s important for TU students and Towson area residents to behave amicably towards one another.

“It’s hard when the students come down and they’re just disrespectful,” he said. “Fostering respect is always good. It helps people grow together.”

Gallagher said she was grateful for students like the ones who help clean up their community for The Big Event every year.

That is, “lively” as long as those students are also respectful towards the community.

After learning the success rates of other social host ordinances in other cities and counties, the University Relations committee explored the possibility of introducing such a policy to the communities surrounding Towson.

What makes the social host ordinance different than existing policies is that it not only features consequences for renters’ and guests’ disruptive behavior, but for the local landlords.

“In the past, only renters were penalized,” Marks said. “Now, landlords understand they need to accept responsibility.”

Hartman said that citations issued for violating the ordinance are civil citations, not criminal, which means that violations will not appear on a criminal record.

She believes that informing the landlord of renter behavior “makes a difference” and that the University has worked to educate students about off-campus living.

The legislation defines an “unruly social gathering” as any gathering of four or more people at a private property where there is underage drinking or disruptive behavior, such as loud noises, public urination, drunkenness and littering.

Marks plans on assessing the impact of the legislation in December to prepare legislation to reauthorize the program in January because it is still considered a pilot program.

The pilot program has a 2-year time limit, which started in January 2016. The council must renew the legislation by the end of January 2018 to reauthorize the ordinance.

Marks “expects the measure to pass” and does not think that the geographic boundaries of the legislation will be expanded.

“Ultimately, everyone wants safe, quiet communities – that includes the established resident who wants to go to bed at night, and the college student who needs a comfortable environment where he or she can live and study,” Marks said.

– Marcus Dieterle contributed to this article.