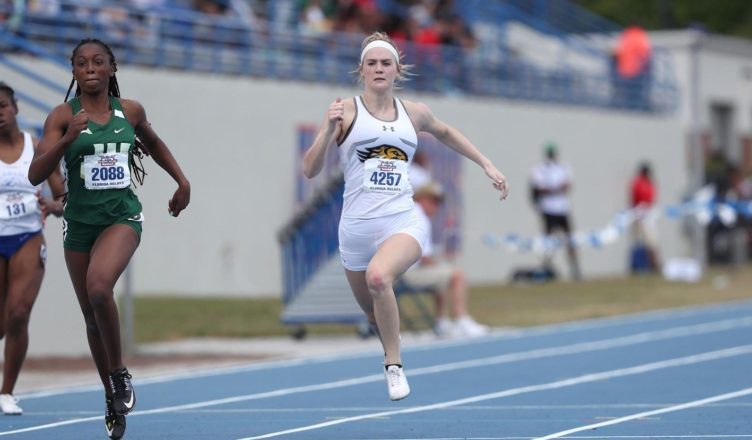 Towson competed in the Delaware Classic in Newark, Delaware on Saturday and the Pepsi Florida Relays in Gainesville, Florida on Thursday, Friday and Saturday.

In Delaware, sophomore Maria Bravo had a personal-best performance in the discus throw as she came in second with a toss of 42.65 meters which resulted in an Eastern Collegiate Athletic Conference (ECAC) qualification.

“We’re expecting them to do better and better as we get closer to the months of April and May,” said Head Coach Mike Jackson. “Our coaches are doing a great job getting them ready.”

Freshman Georgia Coleman finished second in the event with a toss of 49.85 meters.

Senior Liz Reid had a personal-best performance in her first 400-meter run of this season with a time of 54.73 on day two of the Pepsi Florida Relays at James G. Pressly Stadium.

Senior Phontavia Sawyer placed sixth in the discus throw which resulted in her second-best performance as she had a toss of 47.30 meters.

Freshman Hayley Horvath also scored a season-best performance in the pole vault with a clearance of 3.95 meters.

Reid made history on the first day of the Pepsi Florida Relays as she is now the first-ever Towson athlete to cross the finish line in a 200-meter race in under 24 seconds. Reid took 19th out of 116 as she had a time of 23.91 seconds.

“I think she had a great week of practice,” Jackson said. “She’s a person whose tough and competitive and there’s no surprise in how she’s doing right now.”

Freshman Crystal Johnson placed 30th in the 200-meter dash and won her heat in 24.20 seconds, which resulted in a personal-best and third-best performance in program history.

“Liz has been here for four years and has a lot of great experience and has some great insight for Crystal,” Jackson said. “Crystal is very talented as I’ve said, also open minded and just learning as she goes and a very great combination to have and people who make our program better.”

Freshman Olivia Janke placed eighth in the 5,000-meter run as she won her heat with a personal-best time of 17:17.70.

Now, the Tigers prepare to host the Towson Invitational on Saturday, April 6 at 10 a.m.

“The goal is to win and compete well,” Jackson said. “We have some new teams coming who will be competitive with us so looking forward to seeing how we do overall with that, but can’t wait to host and have a meet at home for all of our friends, fans and family to enjoy.”