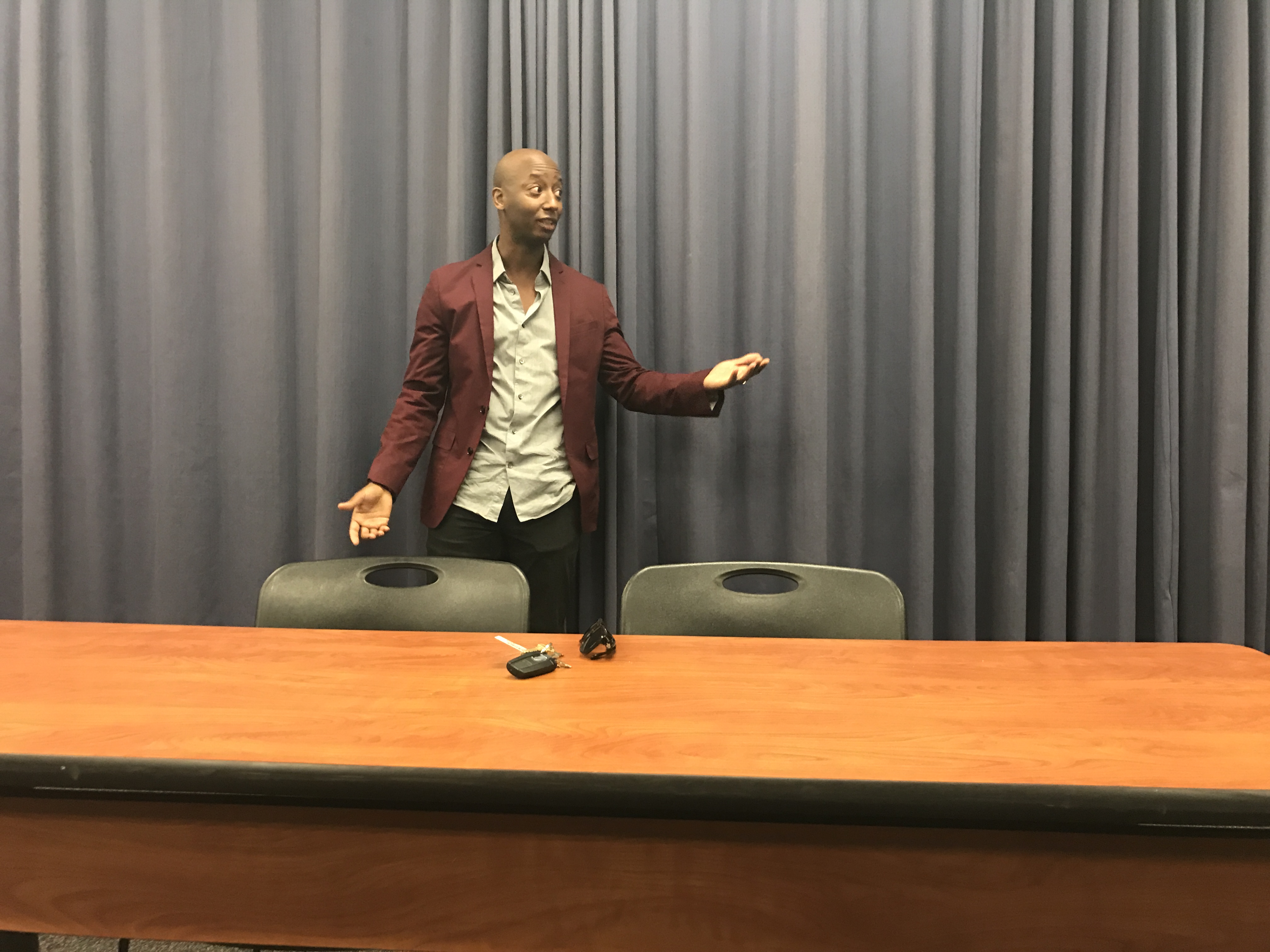 If you want to do something and have a good Spotify playlist then, according to Jay Jacksonrao, CEO of The Next Phase Studios, there’s nothing you can’t do.
Jacksonrao spoke to the crowd at last week’s Entrepreneurship Unplugged.

Jacksonrao, who founded TNP Studios in 2011, won the Maryland Institute College of Art’s Up/Start Venture competition last year, and received $30,000 in prize money.
His studio, which produces podcasts covering everything from politics to gaming, has listeners in over 180 countries and was also covered on the movie review site rogerebert.com, for TNP’s Black on Black Cinema podcast.

TNP had humble beginnings, starting with just Jacksonrao and his friends launching  a podcast called The Nerdpocalypse.

“We [podcasted] totally as a hobby,” Jacksonrao said. “It was kind of fun talking about nerd stuff, because we’re giant nerds.”

From there, the virtual floodgates opened.  TNP created their Black on Black Cinema show, Dense Pixels, a gaming podcast, and Look Forward, a domestic and foreign politics show.
As with most startups, Jacksonrao and his friends started their business with little funding, which proved a problem when it came to marketing their shows.

“Our marketing budget was like $40 a week, if that,” Jacksonrao said.

Instead of heading right to venture capitalists for funding, Jacksonrao and the co-founders turned to a low-dollar, but effective way of generating recognition and revenue: social media.

“We [advertised on] Twitter, Facebook, Instagram, as hard as we could, for as long as we could, without spending a dime,” Jacksonrao said. “We tried everything we could to spend as little as we could because, at the time, we were making no money.”

The advertising paid off, however, and now TNP Studios not only offers free content, but offers a paywall, where listeners who want more exclusive content pay a small fee to access it.

Jacksonrao also stressed to students the importance of persevering when times get tough if they launch a startup.

Jacksonrao touched on the “Trough of Sorrow,” which was coined by the startup modeler Y Combinator’s Paul Graham.
Forbes defines it as a “deep period of malaise that can sometimes follow a significant setback, at a time when you most need to be focused [on your business.]”

Sophomore Esther Onafeko said she was impressed by Jacksonrao’s commitment to his new business. “I liked when he was talking about staying passionate,” Onafeko said. “I think that is where a lot of entrepreneurs come short, and they just focus on the money.”

Junior Brianna Volatile, who runs the lifestyle blog thebrunettediaries.com, looked to Jacksonrao’s podcasts for the next step in her own startup. “I’m thinking about starting a podcast for my own business geared towards young women and their lifestyle,” Volatile said. “He was very informative and answered a lot of my questions.”