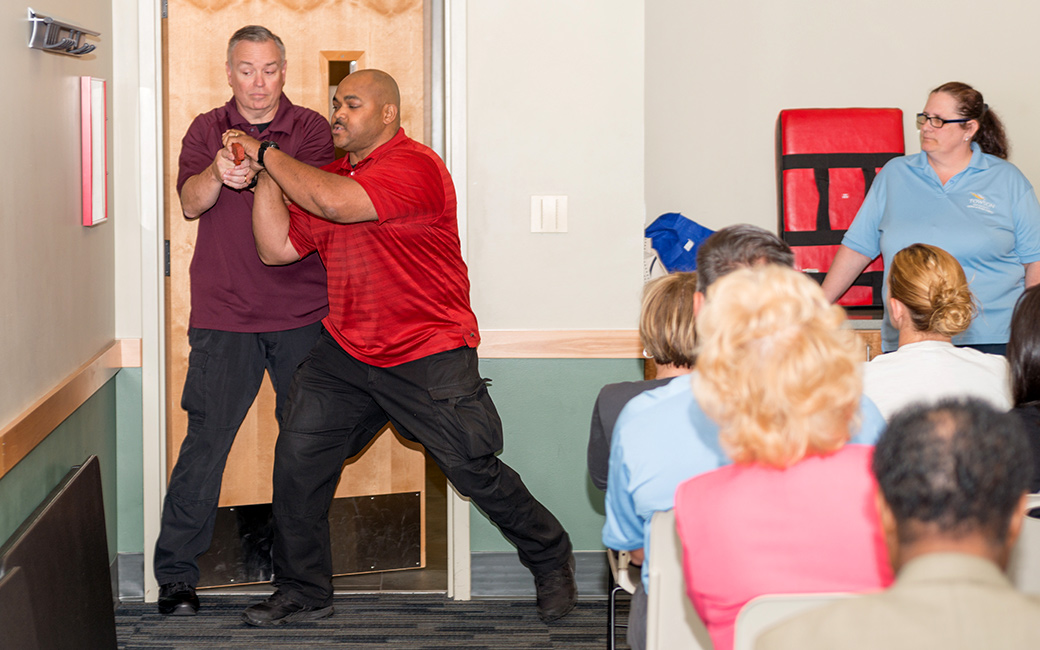 In the wake of the recent school shooting in Parkland, Florida, Towson University community members are processing how to deal with tragedy and wondering how they might react in a similar situation.

“It’s of course incredibly tragic,” Schatzel said. “We need to take a look at changes in gun control. There’s too many guns and there’s access to guns that are very dangerous guns.”

Schatzel commended the MSD students who are leading the #NeverAgain movement to stop similar mass shootings from occurring.

“The fact that those students have taken it upon themselves to begin a movement to be able to say they will be the last mass shooting, I am inspired by them.”

Still, some community members are asking: what if this happens here?

Sophomore David Milord said he copes with the thought of an active shooter event by “keeping the faith.”

“This is an issue that can’t ever be resolved, you can only keep your eyes and ears open and be as safe as you can be,” he said. “There’s some strong [paranoia] from never knowing when or where these events occur, but I only deal with it by praying and keeping faith.”

The office offers an hour-long Civilian Response to Active Shooter Events (CRASE) course to give participants strategies, guidance and a plan to to survive in the event of an active shooter. The course is built on a “avoid, deny and defend” strategy created by Advanced Law Enforcement Rapid Response Training (ALERRT).

People can sign up for the CRASE course through the “TU Emergency Preparedness” page on Towson’s website.

Associate Vice President of the Office of Public Safety and Chief of Police Bernard Gerst indicated that he hopes people who receive training on what to do if a potential shooter situation arises could revert back to what they learned in the training.

“[The] idea is that in times of great stress, our cognitive thinking ability is not as effective as it is in times of low stress or no stress,” Gerst said. “If we train people ahead of time and they think through what to do ahead of time, then if the situation would arise, they will hopefully revert to their training. It is based on something called mental scripting and practice.”

Towson University President Kim Schatzel said that the training can be applied not just to TU’s campus, but to active shooter situations off campus as well.

“It’s not just for if we’re on the campus,” Schatzel said. “It’s the fact that we can be trained — god forbid we’re in a movie theatre or just someplace else.”

Gerst also noted that something people can do to stay safe is know where exits are.

“Another simple thing everyone should do is know where the exits are,” he said. “No matter where you are — be it a shopping mall, place of worship, school, etc. — a simple thing like knowing how to exit the building or the area is vital in the event of any emergency, not just an active shooter event. You can’t always leave the same way you entered. This principle applies to fire safety and other emergencies.”

Schatzel emphasized that it is imperative for people to sign up for the RAVE alert system to receive text messages in the event of an emergency situation.

If students have headphones on or cannot hear that an emergency is happening around them, text messages from the RAVE system can help alert them to the situation, Schatzel said.

“It’s in everybody’s best interest,” she said. “And it’s not just for [active shooter situations.] It’s for things like weather, all sorts of reasons for why you should have it that in case there’s some type of concern about the campus that we can communicate very quickly with that.”

Senior Director of Communications and Media Relations Ray Feldmann said Towson University has placed orange stickers with a black lock symbol on the frames of doors that can lock on campus.

“If a student hears or sees something and they’re running down the hall, they can look for doors that have stickers on them and they know ‘that door locks so I’m going to run in that room because I can lock the door behind me,’” Feldmann said.

The Office of Public Safety also provides a follow-up course called the Medical Action Knowledge Emergency Intervention Training (MAKE IT) to inform Towson community members on how to treat victims waiting for help after an active shooting situation, identify life-threatening injuries, and figure out ways to treat them without medical equipment.

Feldmann said that when law enforcement officials are searching an area for a perpetrator, they aren’t able to stop to help injured individuals.

Feldmann said that Towson community members who undergo MAKE IT training could help treat someone’s injuries — like using a tie as a tourniquet to stop bleeding — until law enforcement officials deem the scene safe enough for medical personnel.

“It could be ten minutes before medical personnel are cleared to be allowed on the scene — that it’s safe, we have the shooter in custody, it’s okay to let the medics in,” Feldmann said. “In that ten minutes, you could save [an injured person’s] life because you’ve been through this MAKE IT training.”

The Counseling Center has a crisis intervention program that can provide resources to the community that’s in an emergency or crisis, such as following an active shooting event.

Reising noted that the Counseling Center offers crisis intervention for a variety of situations.

“The Counseling Center has always been available to attend student group meetings or classes to provide support when needed, in addition to our individual counseling services. For example, our outreach has included occasions in which the death of a student has affected a class or other student group, or when any other event has caused students’ concern for their well-being.”

Students and other community members who have been affected by the Parkland shooting or any other incident can contact the Counseling Center at 410-704-2512 or counseling@towson.edu, or visit the center at Ward and West from 8 a.m. – 5 p.m., Mondays through Fridays.

If your safety or someone else’s safety is at risk, the Counseling Center urges you to immediately call 911.

— Marcus Dieterle contributed to this story. 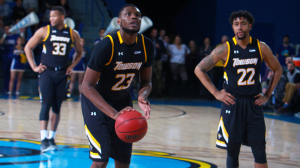 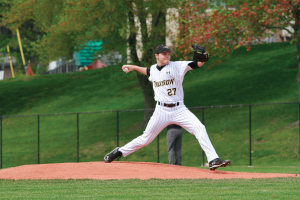